J Kessels: A writer in search of a story

In 2000, Wild Mussels by Erik de Bruyn opened the Netherlands Film Festival. Today, 15 years later, the director is repeating the experience with his latest feature, J Kessels [+see also:
trailer
film profile], the opening film of the gathering’s 35th edition, which is taking place in Utrecht from today until 2 October. De Bruyn is back, joined by his actors Fedja van Huët and Frank Lammers, the stars of Wild Mussels, who have now paired up again to head up the cast of J Kessels.

J Kessels, a story of an author in search of a story, is also one of those projects that exhibits a conscious fascination for an imaginary folk culture of an America that has been mythologised in film. As in other European movies from the last few years – such as The Broken Circle Breakdown [+see also:
film review
trailer
interview: Felix van Groeningen
interview: Felix Van Groeningen
interview: Felix Van Groeningen
film profile] by Felix Van Groningen and The Giants [+see also:
film review
trailer
making of
interview: Bouli Lanners
film profile] by Bouli Lanners, to name just a couple of Belgian titles, as it so happens – J Kessels draws its inspiration from musical and aesthetic elements that are typically American, embodied in a powerful and occasionally hilarious way by J Kessels, Lammers’ character, who is conjured up by Franske (van Huët), an author in the midst of a creative block, with a tendency to include phrases in English in his notes and in his Dutch dialogues.

Almost as if it were actually a pulp-fiction novel, J Kessels is divided into four chapters. In them, we go on a road trip – yes, this is also a road movie – from the Netherlands to Hamburg, Germany, and back to the Netherlands again. After he is contacted by an old schoolmate, Bertje (Marc Lauwrys), Franske heads off with Kessels to look for someone whose identity initially remains unknown. On this journey, this mission, what Franske also does is look for a story for his next book in the streets and the strip clubs of Hamburg. That is until, out of the blue, the body of a pimp ends up in the boot of their car… But J Kessels is also, as Franske says, a trip “down memory lane”, on which the writer confronts his own memories and finally finds Birgit, his teenage crush, now a middle-aged woman with no trace of the Lolita-like allures she once had.

The close-ups and fast-paced shots, meticulous cinematography and dynamic editing all accentuate the restless and unpredictable nature of this film, which opts for a disconcerting blend of reality and fiction; and in which, as J Kessels sings in the final scene, the most important thing seems to be “not the destination, but the journey”.

J Kessels was presented initially at the Co-Production Platform of the Holland Film Meeting in 2012 by CTM Pictures, which co-produced the movie with Belgian producer CZAR. After its premiere today at the Netherlands Film Festival, J Kessels will be released from 1 October in the Netherlands, distributed by September Film.

Among the titles featured are coming-of-age dramas, family thrillers, fiction-tinged docs and a mainstream comedy

J Kessels: A writer in search of a story

The Paradise Suite to premiere at the Netherlands Film Festival

Frank Lammers, Dennis Bots, Marleen Gorris and Paula van der Oest are among the Dutch directors whose projects have been supported by the scheme 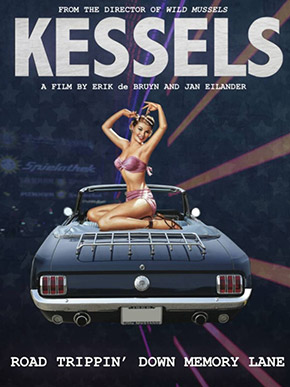 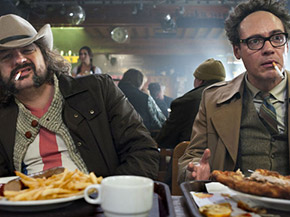 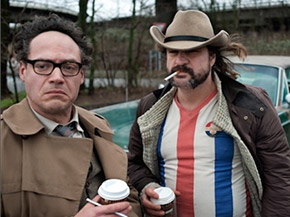