The King of Life: A feel-good movie, Polish-style

25/09/2015 - Having recently been awarded at Gdynia, the famous DoP Jerzy Zielinski has made his directorial debut

Robert Więckiewicz in The King of Life

Starring the biggest Polish actor of the moment, Robert Więckiewicz, who is the main driving force behind the film’s appeal, The King of Life [+see also:
trailer
film profile] is hitting theatres in Poland today. This feel-good movie marks the directorial debut by Jerzy Zielinski, one of the best-known Polish DoPs (who recently received an award at the Gdynia Film Festival for his work on Summer Solstice [+see also:
trailer
film profile] – read the news), as he has teamed up with such names as Agnieszka Holland, Andrzej Zulawski, Filip Bajon and Marek Koterski. The cast of the film, which will have its international premiere at the Busan Film Festival (1-10 October 2015), also includes Magdalena Poplawska, Bartlomiej Topa, Krzysztof Czeczot, Piotr Glowacki, Jerzy Trela and Jan Peszek.

Edward, the main character in The King of Life, is a frustrated 40-year-old man, dissatisfied with both his professional and private life. He gets annoyed by everything, is regularly irritated by his wife and daughter, seems a little distant and has no time for those close to him... But one day, his life is transformed. He begins to learn how to savour life, to know what happiness is, and to be considerate of the people and the things around him. And it seems as though his happiness can become infectious, as Edward starts to carry a vibe of positivity around with him.

The King of Life was produced by Agora, and the cinematography was entrusted to Jan Holoubek. The Polish theatrical release is being handled by Next Film.

more about: The King of Life

Record attendance levels for Poland in 2015

Tofifest: 11 titles for the “From Poland” competition

Raging Rose by Julia Kowalski is one of the most eagerly awaited films in this section of the festival, which is currently under way in Toruń

The King of Life: A feel-good movie, Polish-style

Having recently been awarded at Gdynia, the famous DoP Jerzy Zielinski has made his directorial debut 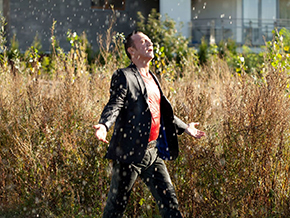 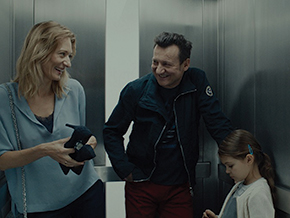