Pikadero: In search of a place for passion

29/09/2015 - SAN SEBASTIÁN 2015: English director Ben Sharrock has made an innovative film shot entirely in Basque about the lives of young people during the financial crisis

Pikadero [+see also:
trailer
interview: Ben Sharrock
film profile] formed part of the New Directors section of the 63rd San Sebastián Film Festival. And the movie by Ben Sharrock, which is innovative in terms of its mise-en-scène, script and formal approach, got some big laughs at its screening in the Kursaal.

Incapable of flying the nest because of the financial crisis gripping Spain, a young couple encounters a whole host of problems as they try to find intimacy in their parents' homes. As time goes on, they get more and more desperate to make love. With hardly any money to pay for a hotel, they're forced to visit the "pikaderos", places used for sex. However, things aren't as straightforward as they seem, and the couple's relationship is quickly put to the test, as they realise it's not so easy to free themselves from the shackles of a ruined economy.

There are many elements of Pikadero that make it unique; in the first place, the film is shot entirely in Basque, has an English director (Sharrock) and takes as its subject matter the anger felt in modern society because of the crisis, and the side effects that come with it (lack of job security, the impossibility of buying or renting somewhere to live, frustration, emotional instability…). The concept of the film is refreshing, light-hearted and brilliant: where do you go when you don't have anywhere and you really feel like letting off steam with your partner – or your current fling? But, despite this, the concept loses its strength as the story goes on, remaining a mere caricature and reserving conventional and banal fates for its characters.

If there's one thing that stands out about Pikadero, it's the aesthetics of the movie, as it is made up of static, meticulously composed shots in which the use of colour is very important. Some of the images bring to mind the work of Edward Hopper and George Shaw. Not in vain, Sharrock acknowledges having been influenced by both painters, in the same way that Eran Kolirin's The Band’s Visit served as a source in the creation of this comedy-drama.

The filmmaker describes having launched into this venture, his first feature-length film, conscious of the current economic troubles. In February of this year, he received the Scotland New Talent BAFTA Award for Best Drama and Best Writer for his short Patata Tortilla. The main characters, Ane (Barbara Goenaga) and Gorka (Joseba Usabiaga), give a fair, balanced and authentic performance. But the burden of the film doesn't fall solely on the pair of lovers, but also on the whole team of supporting actors, who come together in a great performance. Basque culture is also depicted, and through the fine brushstrokes we witness the concern for keeping traditions alive, conventionalism, the difficulty of understanding the female sex…

Pikadero, a co-production between Spain and the UK, is rolling in a lot of themes: the slender hope that exists right now for youth, sexual relationships, Basque culture…

“Sometimes we all struggle to communicate how we feel”

Scottish director Ben Sharrock talks about his debut feature, Pikadero, the winner of the Cineuropa Prize at the 2016 Brussels Film Festival

“I started to question the dehumanising representations of refugees”

Protagonist Pictures is handling worldwide sales on the feature funded by Film4, Screen Scotland and the BFI

Butterfly Kisses: A difficult theme wrapped in a dreamy atmosphere

After winning the Crystal Bear at Berlin, Rafael Kapelinski’s feature debut had its Italian premiere at the Lucca Film Festival of European Cinema 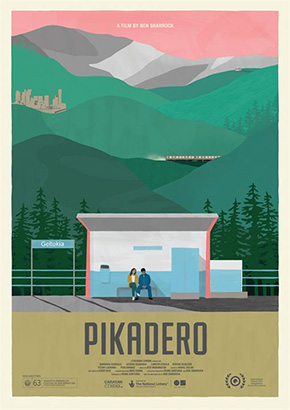 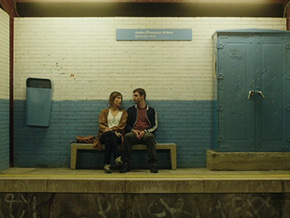 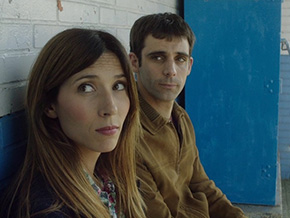 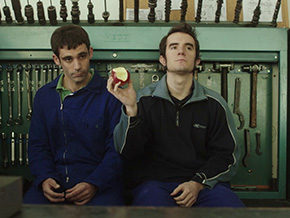