The Program: An efficient biopic that doesn’t quite soar

Ben Foster in The Program

The title of Stephen Frears’ latest effort The Program [+see also:
trailer
making of
interview: Stephen Frears
film profile] refers to the blood doping system developed by Dr Michele Ferrari (Guillaume Canet) that allowed Lance Armstrong (Ben Foster) to become a seven-time Tour de France champion. Based on Sunday Times journalist David Walsh’s book Seven Deadly Sins: My Pursuit of Lance Armstrong, the film was the Debate Gala at the 59th BFI London Film Festival (7 – 18 October) after being premiered in Toronto. However, given the straightforward nature of the film, it does not provoke any debate whatsoever. The story of the rise and fall of Armstrong is well known and Frears and writer John Hodge (Trainspotting) do not provide any fresh insights. What they do provide is a solid, efficient biopic that motors along at a brisk pace and is a welcome dramatic addition to the documentaries The Armstrong Lie and Stop at Nothing: The Lance Armstrong Story.

We first see Armstrong as a callow youth as he makes his first sorties into the European cycling circuit after winning several races in the US. This is where he first comes across Walsh (Chris O’Dowd). What Armstrong has is the desire to win at any cost but is just short of the required physicality to rise from the merely good to the great. This is where Dr Ferrari comes in with his program. For him the program is pure science, designed to push the human body to greater heights of athleticism. He is genuinely puzzled when at a medical conference a speaker questions his ethics. As played by Canet, Dr Ferrari is a delight.

The person who gets caught and eventually opens a can of worms is Armstrong’s fellow cyclist Floyd Landis (Jesse Plemons). Unlike the impenetrable characterisation of Armstrong where we see little beyond his public persona beyond re-imaginings of the blood doping that he clinically applies to him and his team, Landis and Ferrari are well etched and consequently they are the ones who give the film much needed depth and Plemons delivers easily what is the performance of the film. Lee Pace shows up as Armstrong’s unctuous manager Bill Stapleton, bringing the same sharp-suited, smooth talking presence that he made his own in television’s Halt and Catch Fire.

The film turns exhilarating whenever Frears decides to take the audience along with the cyclists on the Tour’s Alps stretches. These sequences, a mixture of documentary and shot footage, provide much needed vicarious thrills that allow the film to coast but never soar.

The Program is produced by Anton Capital Entertainment (UK), StudioCanal (UK) and Working Title Films (UK). StudioCanal will release the film in the UK and Ireland on 16 October.

more about: The Program

In his new film, The Program, award-winning British filmmaker Stephen Frears unfurls a gripping drama about idols, cheating and the role of the media

Spielberg’s Bridge of Spies to open Camerimage in Poland

The Program: An efficient biopic that doesn’t quite soar

Poli opposti: A romantic comedy from another time

Spotlight on migration at this year’s Stockholm Film Festival 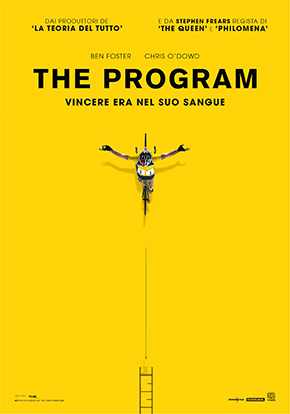 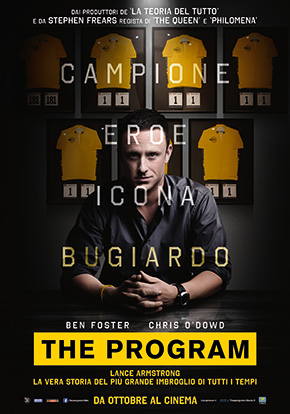 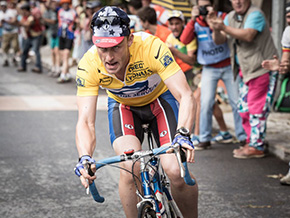 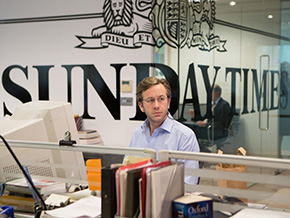 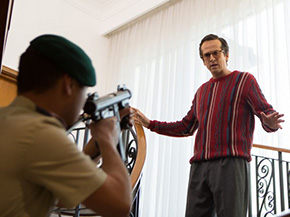 Produce – Co-Produce... – 12/05/2021
Nima Yousefi • Producer, Hobab
Joining the ranks of the Producers on the Move, the Swedish company’s CEO helps his directors to clearly express their vision

Joining the ranks of the Producers on the Move, the Swedish company’s CEO helps his directors to clearly express their vision
Annabella Nezri • Producer, Kwassa Films