Suburra: a Roman western between politics and criminality

12/10/2015 - Stefano Sollima’s new film, an Italo-French co-production, will be released in Italian theatres and on Netflix in the United States and South America on 14 October

The Suburra quarter in ancient Rome was the quarter populated by taverns and brothels, where noble senators met with criminals in secret to do business and make money. Two thousand years later, not much seems to have changed in the Italian capital, politics and criminality continue to do business and the real world is governed by laws drawn up by corrupt politicians, through brokers without scruples in the shadow of an ambivalent Vatican. These were the findings of a recent judicial inquiry by the name of Mafia Capitale, which has now been brought to the big screen by Stefano Sollima’s new film, Suburra [+see also:
trailer
interview: Stefano Sollima
film profile], at a time when Rome has just seen the resignation of its mayor, and is being plagued by ungovernability and the chaos of the upcoming Jubilee.

Based on the novel of the same name by Giancarlo De Cataldo (who also wrote “Romanzo Criminale”) and Carlo Bonini (the writer of “Acab”, on which the film, also directed by Sollima, is based), Suburra is neither an historic reconstruction nor a faithful account of events, rather the realistic story of a system, a universe, coloured by shades of noir and urban western. The year is 2011, a week away from the fall of the government (that of Berlusconi). In a sort of countdown to the Apocalyse announced at the beginning of the film, in a nocturnal Rome flooded by rain, we are introduced to different and apparently unconnected worlds: the political world with the honourable Malgradi (Pierfrancesco Favino), a greedy and depraved PR manager; the world of VIP parties with Sebastiano (Elio Germano), a slimy social climber; the underworld of the coastal area of Rome with Number 8 (Alessandro Borghi, the protagonist of the Italian Oscar candidate Non essere cattivo), the heir to a powerful family that manages the area. Then there’s the ‘Samurai’ (Claudio Amendola), a former member of the Magliana Gang, who seems the most harmless of all but is actually pulling a lot of the strings connecting the various worlds; Manfredi (Adamo Dionisi), the boss of a rowdy cutthroat family of gypsy loan sharks; Viola (Greta Scarano), the drug addicted girlfriend of Number 8, and Sabrina (Giulia Elettra Gorietti), an escort who works in tandem with minors. Everybody’s interests converge on the plans for a big property speculation, the so-called Waterfront, which would turn Ostia into a new Las Vegas full of hotels, clubs and casinos. In the same week, the Pope steps down (although this actually happened just over a year later).

The portrait of a humanity driven by money and extreme ambition, in which the law of the strongest prevails and there are no positive heroes, spares no one, between the halls of parliament, rooms of the Vatican, luxury hotels, flashy villas, run-down suburbs, fierce executions, drugs, parties, and protests. There’s a lot going on in Suburra, perhaps too much for just two hours of film. The TV series that will be based on it and has already been announced (comprising 10 episodes produced by Netflix, currently in development) will make much better use of so much material. The film by Sollima, who is a well-established director these days since his successful TV series based on Romanzo criminale and Gomorra, is nonetheless a flawless piece, blunt in style, without rhetoric or moralism, which features outstanding actors and has a certain ‘realism of genre’ about it that Italian production (in particular Riccardo Tozzi’s production company Cattleya) relies on a lot, ever since Romanzo criminale [+see also:
film review
trailer
interview: Michele Placido
film profile] directed by Michele Placido ten years ago, and which is proving to be highly exportable.

Co-produced by Italy and France (Cattleya, Rai Cinema, La Chauve Souris) on a budget of €7 million, Suburra will be released in cinemas on 14 October (by 01 Distribution in 500 copies) and will be simultaneously released on Netflix in the United States and South America. The film, which has already been sold in 14 countries around the world (international sales by Indie Sales), will open the screenings at the MIA, the International Audiovisual market, which will be held from 16 to 20 October during the Rome Film Fest.

“A genre film is like a fairy tale: it never stops being relevant”

Shooting on Claudio Noce’s new film, a Lungta Film, PKO and Tendercapital production distributed by Vision Distribution and based upon true events, is underway in Calabria

VENICE 2019: The Sky Studios original series created by Stefano Sollima and based upon the homonymous book by Roberto Saviano will debut on Sky and Amazon Prime Video in 2020

Matteo Rovere reconstructs the legend of Romulus and Remus and the founding of Rome with a nine-million-euro co-production, in Italian cinemas from 31 January

Review: On My Skin

VENICE 2018: A film by Alessio Cremonini about Stefano Cucchi's death in prison in 2009 opens the Orizzonti section

BERLIN 2018: Damiano and Fabio D’Innocenzo make their cinema debut with a movie that’s as dark and tortured as a film noir, exploring the criminal education and the friendship of two young men

Matteo Rovere on set with Romulus and Remus, The First King

Presenting the international juries of the 74th Venice Film Festival

Filming begins on Naples in Veils by Ferzan Ozpetek 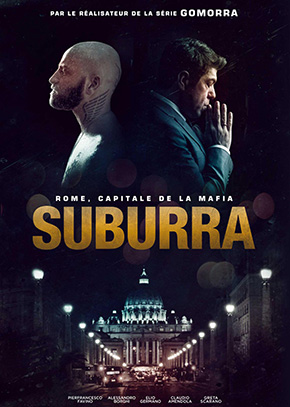 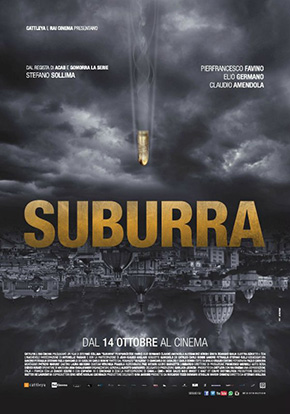 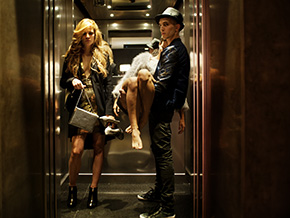 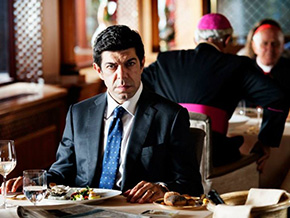 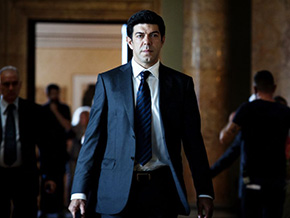 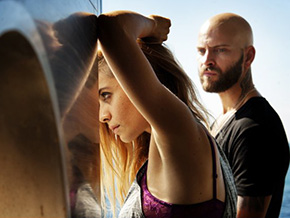