While we live smugly in 2015 and look over at Saudi Arabia who have only just got the right to vote this year, it is easy to forget that universal suffrage was granted to women very late in the so called civilised western world, with Switzerland waiting until 1971 to do so. Suffragette [+see also:
trailer
making of
film profile], the opening night gala of the 59th BFI London Film Festival (7-18 October), directed by Sarah Gavron (Brick Lane [+see also:
trailer
film profile]) and written by Abi Morgan (The Iron Lady [+see also:
film review
trailer
making of
film profile]), concerns itself with the suffragette movement in the UK. It is circa 1913 and we see Maud Watts (Carey Mulligan) working in near-inhuman conditions in an East London laundry. She has been a laundress since childhood, like her mother before her, and works in a place where the already low pay is a third lower than that given to men for hours that are a third longer. She is a wife and a mother and accepts that this is how her life is going to be.

A ray of hope emanates when she is inadvertently drawn into the suffragette movement and finds herself in front of the British Prime Minister haltingly explaining the sad lot of her and her co-workers. After some initial reluctance on her part, alongside fierce opposition from her husband Sonny (Ben Whishaw), Watts whole-heartedly joins the fights for her and other women’s rights. Pharmacist Edith Ellyn (Helena Bonham Carter) is her mentor and Watts is also tremendously energised by an electric motivational speech from the movement’s leader Emmeline Pankhurst (Meryl Streep). Though Pankhurst’s rhetoric that includes mantras like “Deeds not words” and “I would rather be a rebel than a slave” may sound like mere slogans to today’s jaded generation, back in the day they were powerful calls to action. Pankhurst’s directives are to disrupt daily lives until the government took notice and her foot soldiers including Watts and Ellyn, obey these and cut down electric lines, blow up post boxes and break shop windows. Watts’ journey comes with some heart-rending personal costs but she soldiers on nevertheless.

Gavron and Morgan have created a timely and important film that reveals exactly how brutal the British establishment was towards women, with hunger strikers force fed in prison and the fairer sex being beaten black and blue by the police. While looking at the UK, the film also serves as a wake up call towards women’s rights the world over and is a stark reminder that in many parts of the globe fifty percent of the population remains second-class citizens. Suffragette will be remembered long in the annals of British film history.

Suffragette is a Pathé, Film4 and British Film Institute presentation of a Ruby Films production, in association with Ingenious Media, with the participation of Canal+ and Ciné+. Pathé and Twentieth Century Fox released the film in the UK 12 October.

“These girls really love the banter about their different experiences”

Women filmmakers Cut Out of the Picture 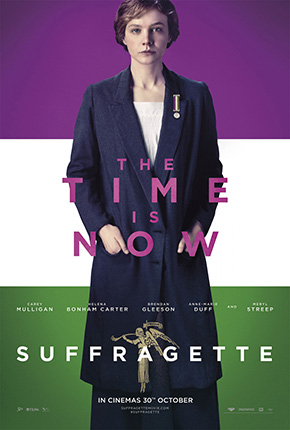 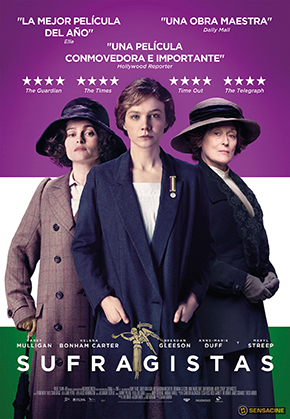 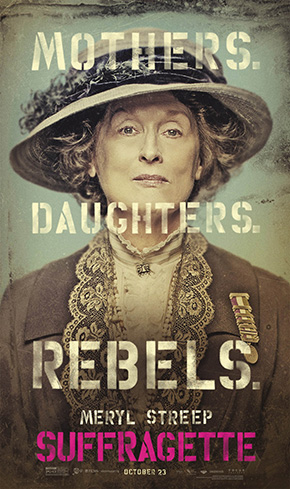 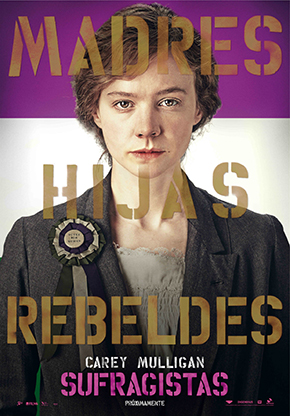 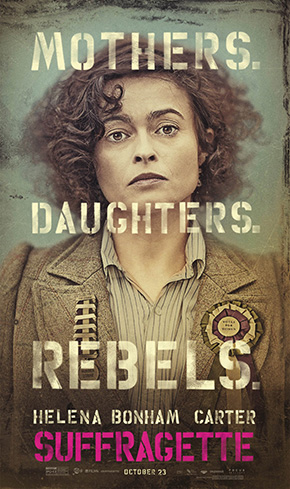 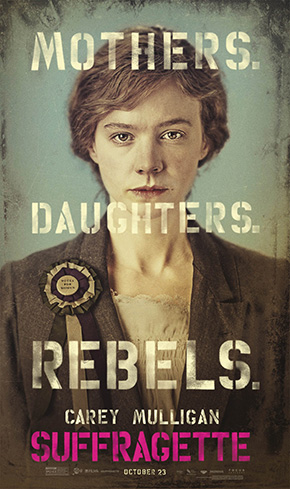 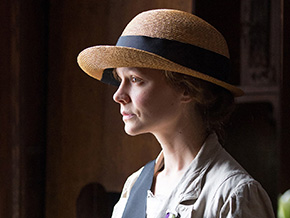 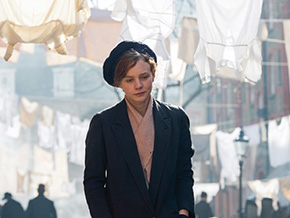 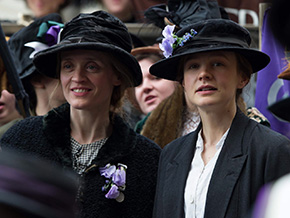