It is not often that a writer’s name supersedes a well-known director or star when it comes to describing a film, but Aaron Sorkin, by virtue of his crackling scripts, has ensured it in film after film. The Social Network maybe a David Fincher film and Steve Jobs [+see also:
trailer
making of
film profile], the closing night gala of the 59th BFI London Film Festival (7-18 October), a Danny Boyle film but it is the power of Sorkin’s words that make the movies memorable. When it comes to biopics, it is a question of approach while looking at Sorkin’s work. The Social Network for example was in theory based on Ben Mezrich’s 2009 book The Accidental Billionaires: The Founding of Facebook, A Tale of Sex, Money, Genius, and Betrayal, but in reality it was a fictionalised account of Mark Zuckerberg and the events leading to the formation of the world’s most popular social network. Similarly, Boyle’s film is ostensibly derived from Walter Isaacson’s bestselling 2011 biography Steve Jobs, but the film is a giddy Sorkin reimagining of some key moments in the Apple co-founder’s life.

The film spans 14 years between 1984 and 1998 and is built around three product launches – the Macintosh in 1984, the NeXT ‘Cube’ in 1988 and the iMac in 1998. We don’t actually see the launches, what we get instead is the frantic behind the scenes activities leading up to them. Built almost like a stage play with the same characters wandering in and out of scenes, Sorkin brilliantly crams in the encounters and/or closures that Jobs (Michael Fassbender) has with Apple stalwarts John Sculley (Jeff Daniels), Steve Wozniak (Seth Rogen) and Andy Hertzfeld (Michael Stuhlbarg) as the minutes tick down to the launches. In between, Jobs also deals with his daughter Lisa (played at different ages by Makenzie Moss, Ripley Sobo and Perla Haney-Jardine) and her mother Chrisann (Katherine Waterston) and the mess that he has made of his relationship with them. Keeping Jobs on an even keel is his long-suffering marketing chief Joanna Hoffman (Kate Winslet).

Blind fans of Jobs will not cherish the film as Sorkin takes the warts and all approach and paints the late sage of Cupertino, played convincingly by an electric Fassbender, as an egotistic megalomaniac who is driven solely by his commitment to his products. Like all great screenwriters, Sorkin never lets the facts get in the way of a good yarn. Director Danny Boyle wisely eschews his normal frenetic style seen in films like Trainspotting and Slumdog Millionaire [+see also:
film review
trailer
interview: Danny Boyle
film profile] and lets the script rule, except for one crucial boardroom sequence that is redolent of contemporary Korean cinema in its visuals. But it all boils down to the words and Sorkin’s trademark rat-a-tat one-liners and pithy comebacks are very much in evidence. Steve Jobs then couldn’t have been a better choice to end what has been an exceptional edition of the festival.

“Sometimes you don’t have to tell the whole story”

Luca Guadagnino's Call Me by Your Name goes to Sundance

The Revenant dominates the Oscar nominations with 12 nods

The Golden Globes crown The Revenant 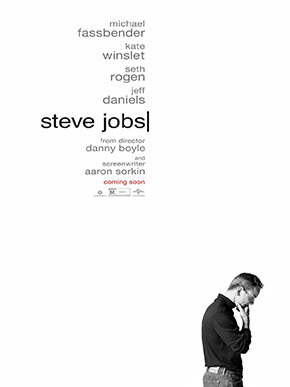 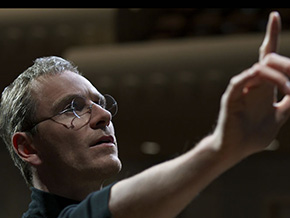 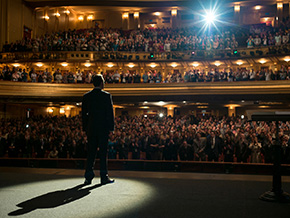 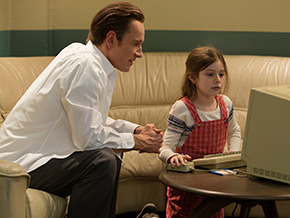 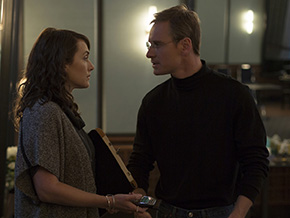