21/10/2015 - The film by Visar Morina, Best Director Award at Karlovy Vary and Kosovo’s candidate for the 2016 Oscars, was also in competition at CinÉast

It is turning out to be an incredible year for Babai [+see also:
trailer
interview: Visar Morina
film profile], the first feature by Kosovar director Visar Morina. After having premiered at the Karlovy Vary International Film Festival (where it won the Best Director Award), the movie snagged several prizes at other gatherings and became the second film submitted by Kosovo to the Oscars. It is also included in the selection for the European Film Awards, and is competing this week in the Official Section of Luxembourg’s CinÉast.

The story takes place in the early 1990s, while ten-year-old Nori (Val Maloku) and his father, Gezim (Astrit Kabashi), are trying to make a living in pre-war Kosovo. The pair survive by selling cigarettes on the streets and thanks to the hospitality of an uncle who offers them a place to sleep. When this situation is no longer sustainable, Gezim decides to try his luck in Germany, leaving his son to be cared for by this relative. But this is something that young Nori, who is very close to a paternal figure he admires and imitates, won’t consider as an option. Thus he begins a daring and poignant odyssey across different countries and landing him in some extreme situations, which will eventually lead him to confront his father for having left without him.

As Morina confessed (watch the interview), the most important thing for him was the relationship between the two main characters, which he believes takes on a major role in itself. He succeeded in finding two actors with incredible talent to mimic and oppose each other, even when they are not in the same scene. Although the credibility of the journey may falter at times, it is certainly the chemistry between the two protagonists that keeps the whole story coherent.

All of the action, characters and situations are depicted from Nori’s point of view, which offers a genuine, though somewhat superficial, portrayal of Kosovo’s society during those years. The movie is not intended to be a political statement, but Morina puts a great deal of effort into recreating a certain atmosphere of violence and fear; a specific but universal situation that heavily influences both the attitudes of and the decisions made by the main characters.

Babai, and its adventure across Europe, became the most expensive film to have been made in Kosovo in recent times. This was due to a successful co-production between that country (Produksioni Krusha), Germany (Niko Film), Macedonia (Skopje Film Studio) and France (EauxVives Productions).

KARLOVY VARY 2015: Cineuropa met up with Visar Morina at the KVIFF to talk about his latest feature, Babai, for which he won the Best Director Award

Heaps of dead rats and a burning stroller: office bullying takes on a severe dimension in Visar Morina's sophomore film

Following a 100% increase in its budget, the KCC is for the first time supporting 28 film projects at different stages, aiming to further develop the Kosovar cinema industry 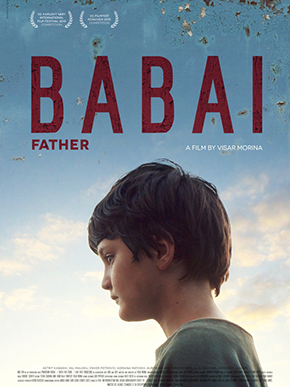 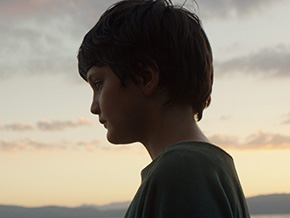 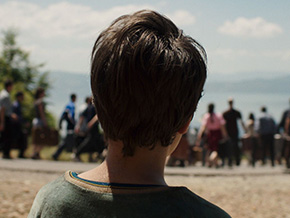 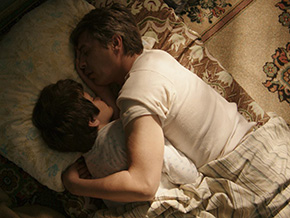 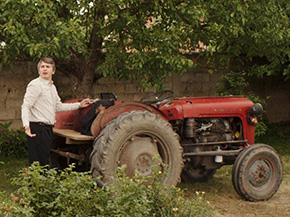