Dobbiamo parlare: A night of talking, lies and revelations

It is clear what type of film Sergio Rubini’s latest film, Dobbiamo parlare [+see also:
trailer
film profile] (lit. We Need to Talk), which was unveiled at this year’s Rome Film Fest, is from the very title: it’s a film about talking. A new variation on the dramatic comedy played out entirely within the four walls of an apartment, in the space of a few hours, friends and relatives confront one another, argue with one another and reveal hidden truths (we recently saw this in An Italian Name [+see also:
trailer
film profile] by Comencini, before that in Carnage [+see also:
trailer
film profile] by Polanski, and we’ll see it again in Paolo Genovese’s upcoming film – see news article). Rubini’s film portrays two couples that are worlds apart from one another: there’s the intellectual and progressive Vanni and Linda (Sergio Rubini and Isabella Ragonese), he a writer, she his ghostwriter and 20 years his junior; and Alfredo and Costanza (Fabrizio Bentivoglio and Maria Pia Calzone), who are both slightly vulgar right-wing doctors for whom money is of prime importance. The four of them have been friends for years (although it is not clear why), and naturally, when Costanza discovers that her husband is cheating on her, it is her two writer friends that she confides in. Alfredo does the same, and so Vanni and Linda – who love and understand one another, although aren’t that willing to help others – find themselves basically trapped in their own home all night, watching their friends argue. As the argument rages on, however, the two homeowners’ start to have doubts of their own, and the friendship between the two couples also ends up taking a knock.

Rubini’s film is a theatrical one – indeed, after it is released in cinemas, it will be brought to the stage, first to the Pergola in Florence – into which went a lot of writing (the screenplay was written by the director with Carla Cavalluzzi and novelist Diego De Silva), “it is a film of characters”, points out Rubini, “a sparkling, non-claustrophobic story”, at times a little over the top, we might add. Talking can be dangerous, sometimes words divide us instead of uniting us: this is the paradox that the film tries to portray. Just like how the couple that cares more about material assets is shown as being more solid than the one built on emotion. To remind us, when it comes down to it, that building a relationship takes years, but destroying one can be done overnight.

Dobbiamo parlare, a Palomar and Nuovo Teatro production with Rai Cinema, will be released in 120 cinemas as of 19 November, under the distribution of CINEMA.

Virzì's and Mainetti's movies lead the nominations at the 70th edition of the Italian film journalists' prizes; the next most nominated films are Suburra, Per amor vostro and The Beginners

Rai Com at the EFM with Gabriele Muccino’s new film

Produced by Fandango with Rai Cinema, the film will star Isabella Ragonese and Francesco Montanari struggling with difficult financial situations

Dobbiamo parlare: A night of talking, lies and revelations

Set to unspool from 5-8 October, the Arthouse Cinema Convention promoted by FICE will welcome over 500 industry professionals 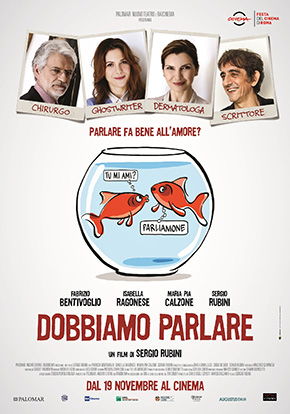 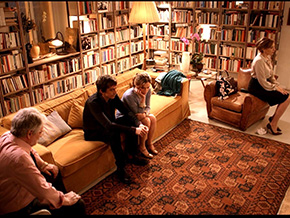 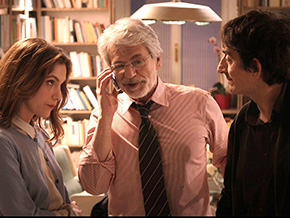