A city of metallic, twilight hues. Jesús (first-time actor Jesús Gallego) is having sex, but almost appears to be in pain. His partner in this activity is heavily pregnant, and when he goes into the bathroom, we discover that he is suffering from a venereal disease... But he doesn't tell anyone, not even her. Gripped by a terrible feeling of guilt, he takes off to somewhere far away: to the countryside. There, while he works harvesting grapes, he forges connections with the female owner of a bar, with day labourers and with Gloria, a young girl with a voracious sexual appetite (played by Natalia de Molina, who won the Goya Award for Best New Actress in 2014 for Living Is Easy with Eyes Closed [+see also:
film review
trailer
film profile]). When he backslides into sin again, Jesús will make a drastic decision.

Enrique Rivero presented his third film, Pozoamargo [+see also:
trailer
interview: Enrique Rivero
film profile], a co-production between Mexico and Spain, at the 12th Seville European Film Festival, after his Parque vía and Never Die received some very warm welcomes at festivals; both of the latter were shot in Mexico, where he grew up, despite him having been born 39 years ago in Madrid and spending the first ten years of his life in the Spanish capital. As in his previous movies, he relied on the contributions of non-professional actors to breathe life into the supporting characters who, with their highly expressive faces, populate the small town in La Mancha that lends its title to the film, and which the director, with the help of DoP Gris Jordana, turned into a forbidding kind of purgatory.

Lead character Jesús is a man who drags around a feeling of excruciating guilt that is linked inextricably to his sexuality, something that will torment him to an unbearable degree, and which this merciless landscape will only serve to amplify. The torment he feels will be ratcheted up when the temptations not only lie in wait, but even make him succumb once again to what he considers harmful: his own sexual desire. That is what Rivero is intent on showing: how the central character must face up to his shadows and eventually accept them, as they form part of his very nature.

To achieve this, the filmmaker, who talked about immortality in his previous film, places all his trust in Gallego's features, so pasty and devoid of excitement that at times they bring to mind those suffering Christs that stand on Christian altars and parade through the streets in Spain at Easter. But Rivero does not rail against any sort of religion; rather, he centres his tale on the pain that his lead character is enduring: a silent and reserved man who is steadily deteriorating for no real reason, because that guilt never ceases to be entirely unnecessary, as it is something that is inherent to poor sex education.

In his endeavour, the director of Pozoamargo does not skimp on close-ups of sexual organs, nor the moment when a pig attacks and devours a human face; by doing this, he sparks strong emotions in us, making us feel something akin to the hell that torments Jesús, a man who is drifting away from the real world, who becomes less and less communicative, and who runs aground as he flees to nowhere in particular. The La Mancha countryside, with its harsh textures and a cinematography that alternates between colour and contrasting black and white, tops off this distressing portrait that is more than capable of rousing feelings of both unease and discomfort.

"I see each film as a colour"

The third feature-length film by director Enrique Rivero, the co-production between Mexico and Spain Pozoamargo, is competing in the New Waves section of the Seville European Film Festival

Abycine is all grown up

The 18th Albacete International Film Festival proves more than ready to play in the big leagues with the launch of its independent audio visual market, Abycine Lanza

The Academy of Muses lauded at Seville

José Luis Guerín's latest experiment has become the first Spanish film to snag the Golden Giraldillo. In second place at the Andalusian event was Arabian Nights by Miguel Gomes 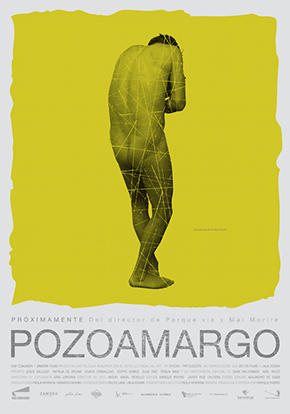 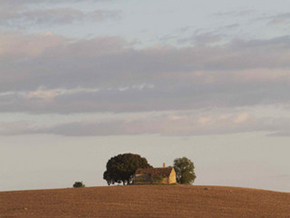 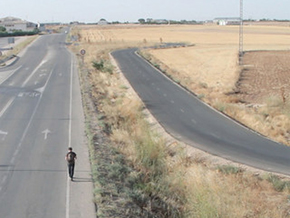 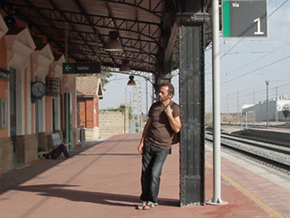