John From: The logic of passion

17/11/2015 - Joao Nicolau unveiled a sensitive, infectious and dreamy ode to young love in the form of a fanciful journey into the oceans of the South in the Las Nuevas Olas section of the 12th SEFF

Julia Palha in John From

The Seville European Film Festival was the first festival to take an interest in the latest venture of the director of The Sword and the Rose [+see also:
trailer
film profile]. Although the film was previously screened at Sao Paulo and Montpellier (read news article), Joao Nicolau applauded José Luis Cienfuegos and his team in Seville for taking the risk of selecting a film that doesn’t confirm to the genres or rules of common narrative. John From [+see also:
trailer
film profile] introduces us to Rita (the young and natural Julia Palha, for whom this film represents her first foray into film), a teenager who, like in the famous song by Mecano, builds a little tropical paradise on her balcony during a boring summer in the suburbs of the Portuguese capital (the same place the director and co-screenwriter, his sister Mariana Ricardo, an associate of Miguel Gomes', grew up in).

In this monotonous microcosm of concrete pervaded by the summer heat, her partner in crime is Sara (Clara Riedenstein, another new face to the big screen), her red-headed neighbour with whom she shares not only parties, songs and secrets, but a unique language made up of messages hidden in the elevator shaft of their building. Her days are hounded by indifference until Rita learns of an exhibition in remote Melanesia and everything changes: the exotic and supernatural takes over her life. She also discovers that the photos being exhibited were taken by her new neighbour (Filipe Vargas), who has a young daughter, and is won over by this person who, in her eyes, becomes a sort of adventurer.

John From opens almost like a documentary, swings close to fiction and then turns into a swirling whirlwind of light, foliage and colour. With these transitions that involve just three people, Nicolau doesn’t just step back from his previous ensemble films, but tries to convey the radiance of youth and the surprising effects of one’s first love, something we only get once in our lives and sometimes mourn like a lost paradise. Without the slightest morbidity or cloudiness, the film is a charming and candid fairy tale which infects the viewer with its cheerfulness and innocence, and the audience accepts the technical limits and artisanal special effects of the story being served up to them, the first by this Portuguese filmmaker to enter into the world of women, which is, in his opinion, a lot more complex, boundless and stimulating then the world of men, which his previous films focus on.

The freshness of the teenage gaze dominates this sensual journey into the seas of the South – without ever leaving Lisbon – in a comedy aimed at not only teenagers, which will be screened very soon at the Turin Film Festival (read news article) and which, as its writer ensures, portrays the most important thing in the world: the beating of a young heart.

John From was produced by O Som e a Fúria and Shellac Sud.

more about: John From

John From: The logic of passion

Joao Nicolau unveiled a sensitive, infectious and dreamy ode to young love in the form of a fanciful journey into the oceans of the South in the Las Nuevas Olas section of the 12th SEFF

“As a director, the use of music in film is one of the subjects that interests me the most”

Mother Knows Better goes back to the future

Rocha’s debut feature centres on a family lunch turned upside down as the hostess explores parallel realities, mixing past and present

A total of 25 local feature-length titles reached screens over the last 12 months. Only 3 of them racked up over 20,000 admissions

The festival focuses on local productions, looking back on some of the most important titles of the year as well as presenting new ones 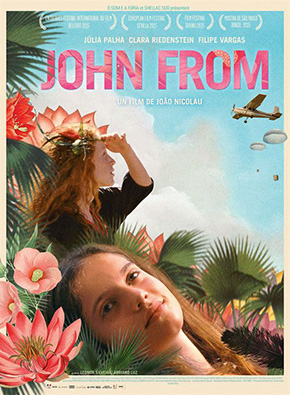 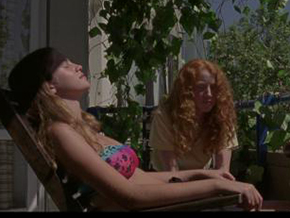 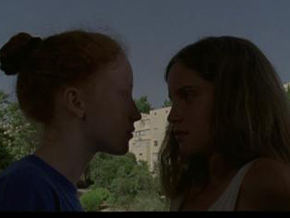 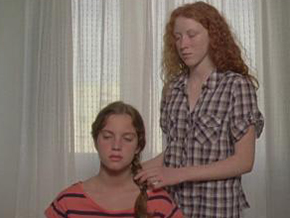