Anna: You can’t run away from yourself

Jacques Toulemonde’s debut feature, Anna [+see also:
trailer
interview: Jacques Toulemonde
film profile], takes something of a well-worn trope – emotionally unstable woman finds it hard to raise a child – and imbues it with new life thanks to some strong performances and an almost tangible atmosphere.

Anna is a Colombian living in Paris, finding it increasingly difficult to cope with life. Seeing this, her ex-husband Philippe threatens to take full custody of her ten-year-old son, Nathan. Fearing the worst, she convinces her boyfriend Bruno to help them run away to Colombia; but when they all get there, it soon becomes apparent that the only person she cannot run away from is herself.

Toulemonde’s film has an urgent and almost documentary style that (as the director himself freely admits) is inspired by 1970s New Wave American cinema. It gives rise to many compelling moments, such as the scene in which – fearing that Philippe is on his way – Anna, Bruno and Nathan must make a hurried getaway. Filmed in one tracking shot, its shaky and nervous energy mirrors that of Anna’s increasingly fragile demeanour. The film also makes good use of the Colombian location, juxtaposing a sense of freedom and beauty with an oppressive heat and air of the unknown.

The three leads are excellent – Juana Acosta shines in the lead role and has a good chemistry with Kolia Abiteboul Dossetto, who plays her son. Kudos should also go to Bruno Clairefond, whose role as the lover manages to avoid many of the usual clichés that these characters are saddled with, to give a well-rounded and sympathetic character.

Recently having had its world premiere at the 19th Black Nights Film Festival, in the First Features Competition, the film may prove to be a popular find for the festival circuit, while some arthouse distributor interest would also not be unthinkable.

At the Black Nights Film Festival, director Jacques Toulemonde took some time to speak to the press about the making of his feature debut, Anna

Anna: You can’t run away from yourself

First features from all over the world grace Tallinn Black Nights

Shooting will begin in May for the Colombian actress, who is heading up the cast of the French filmmaker’s feature debut, produced by Noodles Production 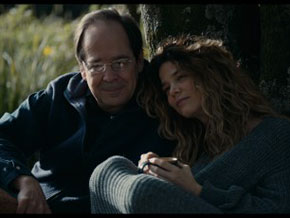 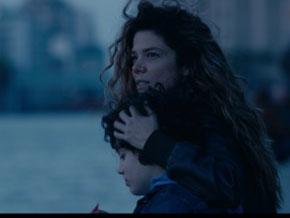 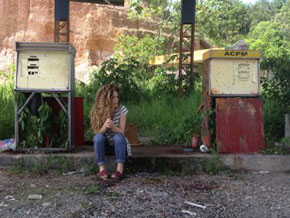