Georgian director Vano Burduli's second feature film, The Summer of Frozen Fountains [+see also:
trailer
interview: Vano Burduli
film profile], screening at the Black Nights Film Festival, is an attempt at a multi-faceted look at love in all its various dimensions across the city of Tbilisi. Georgia's capital is maybe even more of a character than some of its protagonists, which gives the film too much of a tourist-advertisement feel, while making the most of the country's long, sunny days, and referencing history, photography and urban life.

There is no primary protagonist in the script co-written by the director and Dato Chubinishvili (best known for Brides [+see also:
film review
trailer
interview: Tinatin Kajrishvili
film profile], directed by Tinatin Kajrishvili – who also serves as one of the producers on this film), but the viewer is inclined to stick most closely to 13-year-old Nick, who is in love with Sally, his schoolmate, and wants to get her a really special present – an autograph from U2's Bono. That's why he's asking everybody if they know anyone in Ireland. Nick's father is having an affair with a neighbour while his wife, a TV presenter, is on her numerous business trips. The boy's revenge is to every now and then let the air out of the mistress' car tyres.

Another instance of adultery happens to wealthy Gio, who discovers his wife's infidelity after she narrowly escapes getting hurt in a traffic accident with her colleague. When he asks his wife how long it has been going on, she replies that they have been seeing each other since she discovered his own affair.

Irish photographer Brian (with whose nationality Nick will be delighted once he finds out about it) is researching the city and visits an old photographer who took pictures of the same site over the course of many decades, and meets his daughter Anne. A romance develops slowly, ending in stereotypical candlelit evenings with glasses of world-famous Georgian wine. Dialogues between a native English speaker and a character whose knowledge of the language is explained by her spending time in the US feel unnatural in every film, and even more so here, where so much accent is put on the geographical setting.

Chubinishvili's script in Brides echoed ancient Greek tragedy through its treatment of the subject matter, and here its influence is limited to a sort of chorus, in the form of three middle-aged men who spend their days loitering on the street and commenting on other characters' pasts and actions.

Although the touristic-ethnographic aspect is all-too present throughout the film, all of the departments do a more-than-competent job. The Summer of Frozen Fountains (the title stemming from a bit of a strained metaphor) is engaging and pleasant enough to watch, with a couple of bittersweet emotional touches that lift it above the overall lack of deeper essence that we have become used to in recent offerings from the territory.

A co-production by Georgia's Gemini and Studio 29+7, and Russia's Film Company CTB, The Summer of Frozen Fountains is handled internationally by Studio 29+7.

more about: The Summer of Frozen Fountains

Cineuropa has talked to Georgian director Vano Burduli about The Summer of Frozen Fountains, competing at the Black Nights Film Festival

“I try to keep some variety in making films”

Cineuropa met up with producer Lasha Khalvashi, Georgia’s 2017 Producer on the Move, to discuss his work and the actual situation of the profession

I, Olga Hepnarova, Frenzy and Rauf were among the other winning titles

This year’s edition has a special focus on women’s rights and gender democracy, with the WomenEyes section; a total of ten European films will be screened in the International Competition

The latest films by Laila Pakalnina, Marian Crisan and Iglika Triffonova, among others, will have their world premieres at the Estonian festival

The CentEast Market reveals a new slate of works in progress

Valentyn Vasyanovych's feature debut is among the ten selected projects 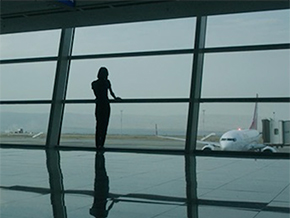