Palm Trees in the Snow: (Over and) out of Africa?

24/12/2015 - Fernando González Molina directs this melodrama that is as overambitious as it is confused, starring his favourite actor, the very mainstream Mario Casas, in a role that is just too big for him

Mario Casas and Berta Vázquez in Palm Trees in the Snow

With this many “blockbusting” elements, the plucky title Palm Trees…, a production billed as the most expensive in recent Spanish film history, and involving weeks of shooting in Colombia, Huesca and the Canary Islands, is reaching cinemas with all the ammo it needs to win over audiences that want to get just as many goose bumps as they do when they watch their favourite TV series, like To Love Is Forever or Velvet. Because this production between Nostromo Pictures and Palmeras en la Nieve AIE, in conjunction with Telefónica Studios (with the involvement of Atresmedia, Movistar+, Warner Bros Pictures España and Cosmopolitan TV), oozes that same stale, insipid and outdated stench.

Mario Casas has been nominated for a Feroz Award (read more) for Best Supporting Actor for his entertaining role in Mi gran noche [+see also:
film review
trailer
film profile], something which he deserves, as he brings a fair amount of charm to his character, a dumb, cocky, womanising Latino singer; but here, playing the role of a classic Don Juan, caught between personal and political conflicts, he is obviously lost, frightened and belittled: he is unable to bear having the film focus on his face for the duration of its excessive running time. It should convey passion and energy, but it never ceases to be a confused and pompous tale, owing to a by-numbers screenplay constructed with a set-square and compass: Sergio Sánchez clutters and interrupts the storyline with perplexing time leaps, and he distorts stories that, while they may be simple, plunge the viewer into doubt. The actors get lost in dialogue that is riddled with clichés and sentences from bestsellers, such as, “Be careful, you may find what you’re looking for,” which lead nowhere.

And this almighty mess is topped off by the stylistic choices of González Molina, who makes more of an effort in using drones to offer picture-perfect panoramic views from above or treating us to unnecessary shots of Casas’ anatomy than he does in injecting energy, truth and coherence into what he parades before our eyes: here, the social upheavals that resulted in the independence of the old Spanish colony of Equatorial Guinea are treated like a minor and almost banal occurrence, featuring a poor and unimaginative mise-en-scène. So no, Palm Trees in the Snow is nothing like Out of Africa, and it is even less like The Year of Living Dangerously, despite the fact that they were two of its – distant – role models.

The company Film Factory Entertainment is in charge of the film’s international sales.

more about: Palm Trees in the Snow

Review: The Laws of Thermodynamics

2016 was another impressive year for Spanish film

Nominated for a(nother) Goya for his work in 100 Meters, the Basque actor has just filmed his final scenes for this comedy, directed (his very first full-length feature) by Curro Velázquez

Patricia Ferreira whisks us off to Vietnam 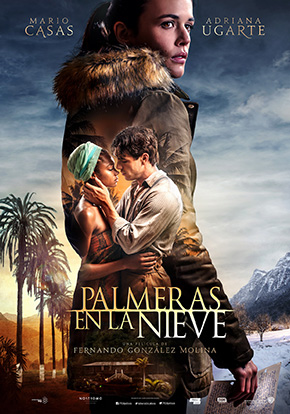 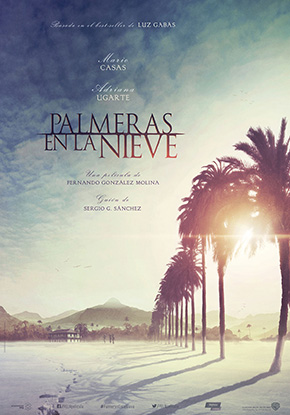 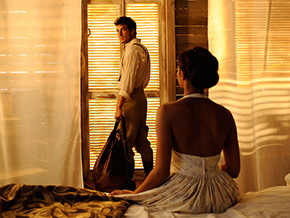 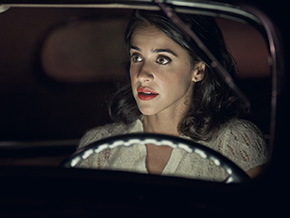 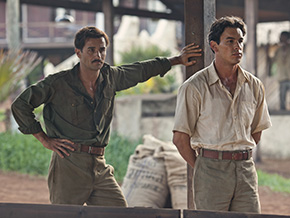