Juraj Lehotský ready for his next fiction feature

11/01/2016 - The Slovakian documentary filmmaker is working on his sophomore fiction feature, Nina, which is told through a child's eyes 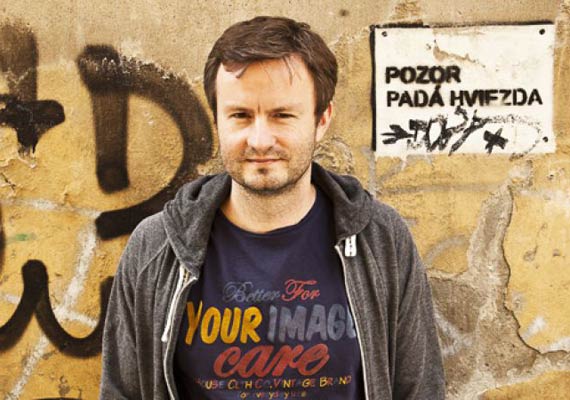 Slovakian documentary filmmaker Juraj Lehotský, whose docudrama Blind Loves [+see also:
trailer
film profile] was screened in the Directors’ Fortnight at the 61st Cannes Film Festival, is readying his next project. In 2013, Lehotský made his fiction feature debut, Miracle [+see also:
film review
trailer
film profile], a realistic social drama following teenager Ela as she flees from a correctional facility. The director is currently working on his second fiction feature (but third feature-length film in total), originally developed under the working title Erik, at that time the eponymous nine-year-old protagonist suffering because of his parents' divorce. He has nobody to share the experience with but his imaginary friend, and lives a double life – one with his mother, the other with his father.

Since its inception, the project has undergone a handful of changes, including “several modifications and dramaturgical analyses of the script, various castings, and a search for the balance and chemistry between the child protagonist and his on-screen parents, among others”, revealed the project's associate producer, Katarína Tomková. The most significant alteration, though, is the protagonist's sex change – the young main character is no longer a little hero, but rather a heroine. Erik has become Nina, and this name now also acts as the movie's official title.

Principal photography is scheduled for March 2016 and is expected to last into the summer months, while post-production work should be carried out in autumn and winter 2016, leaving the final cut ready for a festival premiere and distribution in the first half of 2017. “After several test shoots with a new cast and new locations, where we verified their consistency and effectiveness, we applied for funding from the Slovak Audiovisual Fund, which was approved in October,” says Tomková. Lehotský will join forces with screenwriter Marek Leščák: the duo already collaborated on Miracle, and Leščák also features among the credits of recent award-wining films such as Koza [+see also:
film review
trailer
interview: Ivan Ostrochovský
film profile] and Children [+see also:
trailer
film profile], as well as She Is a Harbour, which is currently in production (read the news). The cinematographer on Miracle, Noro Hudec, is also attached to lens Nina.

Nina is envisaged as a social drama with a strong element of authenticity, but the telling of the story from a child's subjective point of view promises a collision between reality and fantasy. “A child's fantasy world, along with the disinformation provided by her parents, constitutes the inner universe of the main character. A youngster's extremely subjective perception and understanding of the world around her, without having all the information provided by the adult world, becomes the pivotal means of narrating the story,” adds Tomková.

Nina is a Slovakian-Czech co-production, with Ivan Ostrochovský of Punkchart producing on the Slovakian side and Jiří Konečný of Endorfilm representing the Czech side.