Je veux être actrice: “Become what you are”

20/01/2016 - Frédéric Sojcher has made a hybrid film teetering between documentary and fiction, which follows the trail of his ten-year-old daughter, to whom actors’ secrets are entrusted

What is acting? How do you learn a script, cobble together a character, let yourself go, be charismatic...? There are so many questions and mysteries at the heart of Je veux être actrice [+see also:
trailer
film profile] (lit. “I Want to Be an Actress”), the new film by Belgian director Frédéric Sojcher, the man behind such films as Cinéastes à tout prix (presented out of competition at the Cannes Film Festival in 2004) and Hitler à Hollywood (Operation Weed) [+see also:
trailer
film profile] (2011). This time, the director, a teacher at the Sorbonne University in Paris, has tried his hand at making an astonishing adventure that lies at the crossroads of his family life and his professional life, and which sits on the boundary between documentary and fiction, from a screenplay he co-wrote with Catherine Rihoit. Indeed, the main character in the story is the filmmaker’s own ten-year-old daughter, Nastasjia, who wants to be an actress and who investigates this yearning of hers by meeting a number of actors who have performed in her father’s films.

Patrick Chesnais, Michaël Lonsdale, François Morel, Denis Podalydès, Micheline Presle, Philippe Torreton and Jacques Weber: each actor asks Nastasjia why she wants to be an actress, and each passes on an actor’s secret to her and talks to her about their craft through exchanges that assume the guise of confidential discussions, as if they were able to open up more easily than they would to an adult. And some of them even start acting with her (Jacques Weber playing Cyrano de Bergerac and Nastasjia playing Roxane) or giving her a lesson in how to direct an actor (Denis Podalydès teaching her how to play Shakespeare’s heroine Juliet). These encounters are interspersed with the very varied reactions of the members of Nastasjia’s family towards her burgeoning vocation, ranging from concern (“I don’t want you to find that you end up as a temporary show-business worker later on”) to hostility (“You should think about finding a real job”), via the unconditional support of her grandfather Jacques, a philosopher by profession, with whom she strikes up a strong rapport and who encourages her to persevere with her passion, by drawing inspiration from the ideas of Nietzsche: “Become what you are.”

Produced by Les Films d'Ici 2, Je veux être actrice was co-produced by Belgium, through At-Doc and RTBF. The cinematography was entrusted to Lubomir Bakchev (Games of Love and Chance [+see also:
trailer
film profile], The Secret of the Grain [+see also:
film review
trailer
interview: Hafsia Herzi
film profile], Black Venus [+see also:
film review
trailer
interview: Abdellatif Kechiche
film profile]), while the score was composed by Vladimir Cosma (who is filmed while hard at work). Calm Distribution is bringing the film out today in around 30 theatres in France (five of which are in Paris).

Je veux être actrice: “Become what you are”

Frédéric Sojcher has made a hybrid film teetering between documentary and fiction, which follows the trail of his ten-year-old daughter, to whom actors’ secrets are entrusted

The new challenges for French cinema 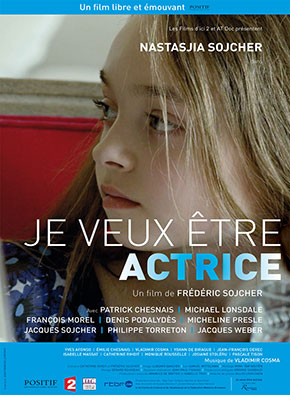 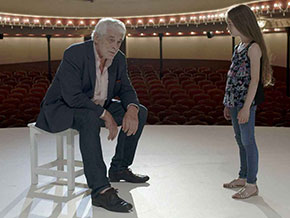 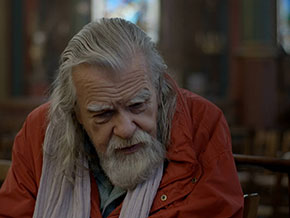 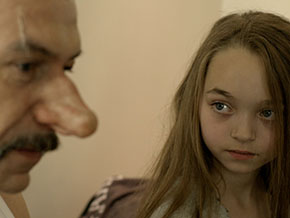 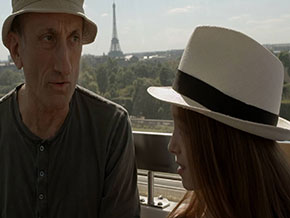