29/01/2016 - Juan Cavestany, Julián Génisson and Pablo Hernando merge their unclassifiable perspectives in this uninhibited film following (surreal) intertwining stories, which is both entertaining and bizarre

Juan Cavestany, who started out by directing Borjamari y Pocholo together with Enrique López-Lavigne, has gradually been distancing himself from conventionalisms through a filmography that is hard to pigeonhole, as demonstrated by Dispongo de barcos [+see also:
trailer
film profile], Gente de mala calidad [+see also:
trailer
film profile] and People in Places [+see also:
trailer
film profile]. The latter movie was an exercise in how to successfully shoot an independent film cheaply, with a home video camera, but with the best cast that the Spanish film industry has to offer: Maribel Verdú, Eduard Fernández and Alberto San Juan were just three of the myriad famous actors who placed themselves in his hands in order to paint a portrait of the confusion, absurdity and disorientation of our time.

It was with that same kamikaze spirit, bearing freedom as his hallmark and burning with the desire to pass on stories that are as personal as they are utterly extraordinary, that Cavestany crafted Esa sensación [+see also:
trailer
interview: Juan Cavestany
film profile] last summer (read more). In order to make the project a reality, he also drafted in Julián Génisson (an actor, screenwriter and director, and a member of the Canódromo Abandonado group) and Pablo Hernando (who presented his unusual thriller Berserker [+see also:
film review
trailer
interview: Pablo Hernando
film profile] at the most recent Seville Film Festival); each was free to film whatever he wanted, based around just one premise: rousing new, varied – but at the same time complementary – feelings.

And the result is washing up at Rotterdam, marking the beginning of a season brimming with festival rendezvous, with the film ready and willing to generate what it promises through its alternating storylines. In the section directed by Cavestany, a strange virus infects its characters, who then suddenly and inappropriately say illogical things that seem very out of place: the absurd runs amok, followed closely by bewilderment. Pablo Hernando reminds us of the senselessness – or perhaps not so much – of desire through a woman who falls head over heels in love with a parking meter: she kisses it, caresses it and rubs her body up against its metallic structure; but since hers is an impossible passion – or because the need to keep changing lovers shows how fickle we are – straight afterwards, the woman will experience love at first sight with other street furniture, such as a roundabout or a bridge. And Génisson pores over unfathomable journeys of faith when a young man discovers that his father is lying to him, begins to follow him and ends up seeing him inside a church: when he talks to him, doubt overpowers his own beliefs in a way that he had never suspected possible.

Social, emotional and spiritual relationships therefore form the tripod upon which Esa sensación supports itself; it is a movie with three – at first glance – unrelated discourses that manage to merge with each other through this iconoclastic and adventurous spirit that oozes from its images, some more restless, others more contemplative, but all connected by a plot that teeters between philosophy, outlandishness and astonishment. The film ends up instilling in the viewer a delirious blend of joy, amazement and reflection, a hybrid of emotions that surely would not have been achieved by just one director on his own, but which these three filmmakers pull off by stringing together their unique, roguish and unbridled worlds, forever in search of new ways of making that complex work of art we call a film.

Juan Cavestany, the man behind Esa sensación, spills the beans about this film made up of three independent points of view: his and those of young filmmakers Pablo Hernando and Julián Génisson

The film by the UK’s Miranda Pennell has gone home with the top prize at the Navarra International Documentary Film Festival, the 11th edition of which drew to a close on Saturday

Movistar + signs up some big-name filmmakers for its TV series

Alberto Rodríguez, Juan Cavestany and Álvaro Fernández Armero are the first three new recruits who will be directing the Spanish pay-TV channel’s own fiction productions

Oleg and the Rare Arts: An immersion in the most extreme sensitivity

In his new documentary, Andrés Duque regales us with the creative portrait of brilliant Russian musician Oleg Karavaychuk

Juan Cavestany, Julián Génisson and Pablo Hernando merge their unclassifiable perspectives in this uninhibited film following (surreal) intertwining stories, which is both entertaining and bizarre

Esa sensación, Pere Portabella and Andrés Duque are the Spanish ambassadors at Rotterdam

The film directed by Cavestany/Hernando/Génisson has been selected by the Dutch festival, which will also premiere the latest documentaries by the Catalan maestro and the Venezuelan filmmaker

An ironic title for a strange thriller directed by Pablo Hernando, with a surprising and risky twist in the middle of the plot

Juan Cavestany is producing and directing Esa sensación, a movie with three directors

Together with Julián Génisson and Pablo Hernando, the filmmaker has wrapped the shoot for his fifth film, which, like People in Places, will tread an alternative and experimental path 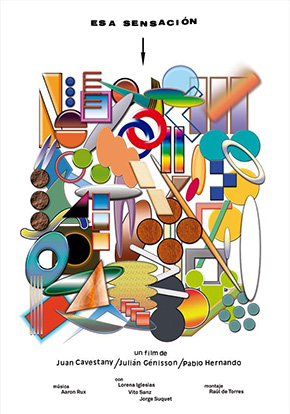 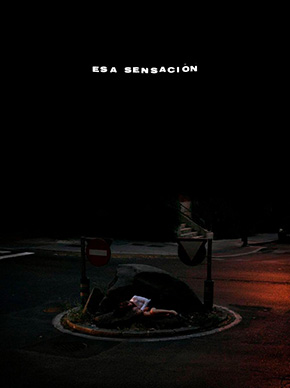 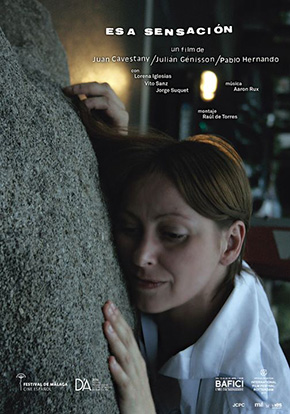 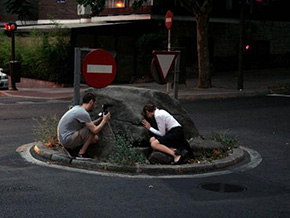 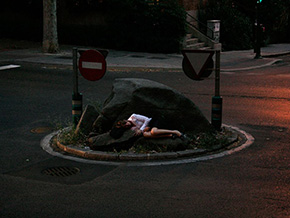 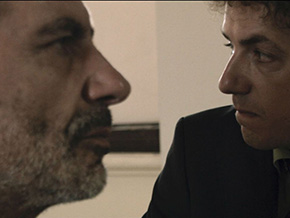