The Wednesday Child, a family struggling to take shape

Kinga Vecsei in The Wednesday Child

Released in Hungarian cinemas in December 2015, The Wednesday Child [+see also:
trailer
interview: Lili Horvát |
film profile] has been selected to compete at the Trieste Film Festival after enjoying great success at various other festivals, in particular at Karlovy Vary, where it won the award for Best Film in the East of the West section. The film is the debut piece by director and screenwriter Lili Horvát who, in a video interview with Cineuropa, described it as “a story of faith and determination” in the face of life’s adversities.

The protagonist of the film is Maja (played very perceptively by Kinga Vecsei), a maladjusted 19-year-old from Budapest and mother to a five-year-old boy who lives in an orphanage, who she can only visit on Wednesdays (hence the title of the film). Maja and the boy’s father, Krisz (Zsolt Antal) spent their childhood in the same institution. Whilst Maja does everything she can to obtain custody of the child, young Krisz carries on with his life of carjacking with a gang of lowlifes. Maja opens a launderette, entering the programme for microcredit organised by social services, but her young partner stands in her way when he discovers the feelings that have taken root between Maja and her caseworker (Szabolcs Thuróczy, White God [+see also:
film review
trailer
interview: Kornél Mundruczó
film profile]).

The film starts with its dramatic epilogue, to then give us a long flashback that delicately and elegantly reconstructs the journey to social redemption of this young Hungarian woman. The dominant hue of the film is a light pastel green, a colour which in western culture represents hope, a feeling that is continuously discouraged but tenaciously nurtured by the protagonist throughout the film. There’s a social realism to Lili Horvát’s writing that acts almost like a political pamphlet and places her films in the same category as those of the Dardenne brothers, with its way of portraying the point of view of those less fortunate. In particular, the family struggling to take shape in The Wednesday Child is similar to that in The Child [+see also:
film review
trailer
interview: Luc & Jean-Pierre Dardenne
film profile], which won the Palme d’Or at Cannes in 2005. Here the child is dumb and not loved by his father, whilst in the Dardenne brothers’ film the boy is sold by his young and inconsiderate father. In both films, these micro family units are synonymous with broken European society, although there are a few overly predictable moments in Lili Horvát’s debut film, given that The Wednesday Child is based on her previous short film Sunstroke.

The film was produced by Popfilm and co-produced by German company Detailfilm. HNFF World Sales is handling international sales.

more about: The Wednesday Child

KARLOVY VARY 2015: Cineuropa met up with Lili Horvát at the KVIFF to talk about her latest feature, The Wednesday Child, which won the East of the West Award

Review: Preparations To Be Together For An Unknown Period of Time

VENICE 2020: A consummate artist in the fields of psychological and atmospheric suspense, filmmaker Lili Horvát dissects the shifting lines between desire and reality

Lili Horvát’s second feature film will enjoy its world premiere on the Lido, within the Giornate degli Autori section, before screening in Canada within the Contemporary World Cinema line-up

The Hungarian Director, known for The Wednesday Child, participates in the Coproduction Village at Les Arcs with her second feature film

"Hungarian films are well-liked all over the world"

A week away from the Karlovy Vary Film Festival where Hungary will be screening two titles, we caught up with Agnes Havas, director of the Hungarian National Film Fund

Bence Fliegauf in the Forum with Lily Lane

The new feature by the Hungarian filmmaker is being sold by Films Boutique at the EFM, where the Hungarian National Film Fund will be negotiating deals for six titles

The Wednesday Child declared the winner of Trieste

Audiences chose to award the Trieste Prize to the debut piece by Hungarian filmmaker Lili Horvát. The Corso Salani Prize went to Banat (The Journey) by Adriano Valerio

The Wednesday Child, a family struggling to take shape

The best of young European cinema is on show at the 28th edition of the Angers-based festival, which gets under way today 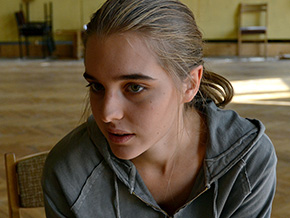 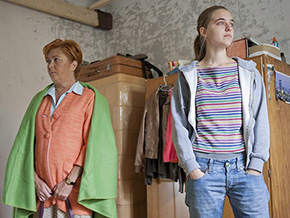 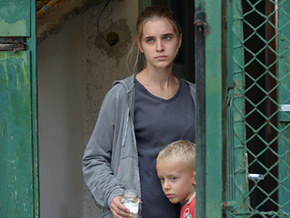 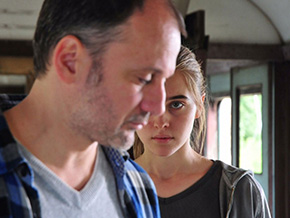