02/02/2016 - Jonathan Glazer lit a beacon for European sci-fi with Under the Skin; now Simon Pummell’s here to keep that flame alive

It has been one of the interesting traits of this year’s 45th International Film Festival Rotterdam that a number of its stand-out projects have demonstrated a coming together in the forward-thinking of the Netherlands Film Fond and the Irish Film Board. So far the convention-bending History’s Future [+see also:
film review
trailer
interview: Fiona Tan
film profile] and the seductively brilliant Mammal [+see also:
trailer
film profile] have both born those institutions’ marks, and now we have buzz-title Identicals [+see also:
trailer
film profile], a UK, Irish and Netherlands co-production in the Perspectives strand.

Written and directed by Simon Pummell, this Digital Age thriller tells the story of a loving couple ripped apart by the Brand New-U corporation. This sinister American company appears to be turning people into “identicals” (individuals who have had their minds wiped) before casting them out into a new remodelled life. This is exactly what we witness as the opening credits tinkle, tessellate and dissolve: A woman’s face undergoes a kind of isometric scan and repeatedly she is asked, “What do we believe?” To this she concedes, “That there’s a better life for us. Somebody else. Somewhere else.”

Thus we are thrust into an exhilarating future vision that cuts with a razor sharp blade right to the heart of a number of contemporary concerns. It manifests a very Old World fear of the American Dream sales patter being woven into our everyday lives, and it exposes that relentlessly ubiquitous culture of love and matchmaking being drummed into us. Only this film’s dark cross between a Microsoft update and ideological social cleansing doesn’t work out quite as smoothly as this mysterious organisation would seem to like.

Instead we see that motif of the unperishable memory re-emerge – think The Eternal Sunshine of the Spotless Mind – and we witness a mind-wiped man confusedly trying to cling to his sense of self as he searches for the woman he loves. Clearly a massive fan of sci-fi, this quest really does see references go everywhere, from 1984’s omniscient Big Brother to the near-present dystopias of Charlie Brooker’s Black Mirror and the Wachowski’s dream-like Matrix trilogy.

Only Pummell’s take is very fresh and he really nails that “vision of the future as mediated by avant-garde art vibe” which Jonathan Glazer achieved with Under the Skin [+see also:
film review
trailer
interview: Jonathan Glazer
film profile]. Nor is this simply mimicry, the director really does take things in a different direction and excels. The production design and locations in this film are excellent, clashing almost gothic Georgian settings with maddeningly modern, swooping architecture and a few almost Sirk-esque red rooms too. And on top of the exceptional haute-couture décor in these scenes, the lighting is extraordinary. It introduces this kind of xenon light which drags the film’s near present off into a confusing future.

Equally, the elliptical edited which often takes place at the film’s opening really sucks you into this its web of control, dragging you through the looking glass as you glimpse the character’s decent into madness. Meaning that by the end, you’re locked in a world of sneering doubles and troubling dream-like logic and it really proves to be a sinister delight. Plus on a day when UK scientists have announced the first approved trial of “embryonic editing,” it doesn’t half leave you wondering: what should we believe?

A raft of features including Censor, I Who Have Nothing and Last Summer given more than £80,000 of development funding

Jonathan Glazer lit a beacon for European sci-fi with Under the Skin; now Simon Pummell’s here to keep that flame alive

Simon Pummell, Robin Pront, Alexander Sokurov, Antoine Cuypers and Boudewijn Koole are among the European directors showing off their latest features at Rotterdam

The Courmayeur Noir Film Festival is celebrating its silver anniversary from 8 December with seven films vying for the Black Lion, a competition for Italian literature and a section for TV series

An Etrange Festival that’s set to be electrifying

Five world premieres and eight European premieres are lined up for the most extravagant film event in France, with a ‘Carte Blanche’ focus dedicated to Ben Wheatley 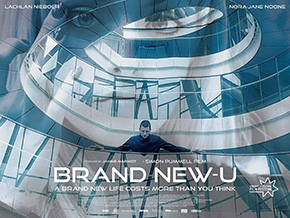 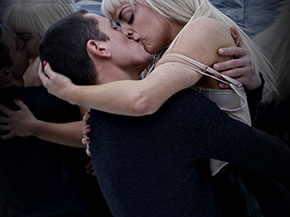