Oleg and the Rare Arts: An immersion in the most extreme sensitivity

02/02/2016 - In his new documentary, Andrés Duque regales us with the creative portrait of brilliant Russian musician Oleg Karavaychuk

Oleg Karavaychuk in Oleg and the Rare Arts

The most alternative brand of Spanish cinema started tearing its hair out when Lluis Miñarro, a producer for bold and daring filmmakers such as Albert Serra and José Luis Guerín, announced several months ago that he was closing his production outfit Eddie Saeta because it was being choked by the crisis gripping the sector. But we can now begin drying those tears because the Catalan man is back, and he is reaching for the stars: he has evidently lost none of his radical spirit, as he is the associated producer of a documentary being presented at the International Film Festival Rotterdam: Oleg and the Rare Arts [+see also:
trailer
film profile], directed by Andrés Duque, a Venezuelan-born, Barcelona-based director well known in museums as well as at festivals. A few years ago, Duque became captivated by another artist with exquisite sensitivity: Iván Zulueta, the much-admired focus of his film Iván Z.

“This is a non-biographical portrait: rather, it revolves around an artist’s creative process, where word and music define the point of view. Through long sequence shots, we observe him as he explains himself,” is how Duque defined the essence of his new work to Cineuropa. And this is borne out as the documentary unfolds: it consists of wide, static shots, where we see Russian musician and composer Oleg Karavaychuk immersed in art, inside the State Hermitage museum/palace, a setting brimming with beauty where he plays the tsar’s piano, submerged like a baby in the amniotic fluid of his limitless sensitivity and creative freedom. Oleg is a small, slender man, dressed as if he has just walked out of a time machine; he barely opens his eyes when he speaks, but his hands still possess an incredible agility, as the scant close-up shots by Duque’s camera show us.

Oleg, as the filmmaker portrays, is a man obsessed with beauty: when he plays the piano, he tilts from side to side as if in a trance, and when he speaks – either straight into the camera lens or to the director himself, positioned out of shot – remembering the faces of the little girls of the Russian aristocracy or explaining what an “uncomfortable melody” is, he conveys a powerful hypnotic quality.

At 89 years old, Oleg still lives in a house packed with books gathering dust and notebooks filled with untidy scrawl, in a wood for artists drafted in by Stalin: in the domestic locations, Duque’s camera breaks with the previous style of shot and moves in closer – albeit more unsteadily – to his skinny figure. We follow him as he potters around the garden, where there used to be a fir tree that he loved so much, but which a wicked neighbour chopped down, and the director films him as he is lost in thought, playing an invisible instrument. Then the wise, elderly artist says that his hands have a life of their own – they are free and, at the same time, slaves to that constant search for beauty.

And so Oleg and the Rare Arts is a fascinating foray into the personal, intellectual and creative universe of a unique artist, shot between 2014 and 2015 in Saint Petersburg in order to capture the essence of someone who breathes, thinks and feels only art – an essence that is so difficult to pin down. Presented in the Voices section of the 2016 International Film Festival Rotterdam, this documentary was produced by Miñarro, as well as by outfits Intropíamedia and Estudi Playtime. Its Spanish distribution is handled by Márgenes Distribución, which is also behind those of another – fairly unorthodox – Spanish movie being presented at this gathering: Esa sensación [+see also:
film review
trailer
interview: Juan Cavestany
film profile].

more about: Oleg and the Rare Arts

Andrés Duque takes the viewer to a remote, radiant border region, where the mythological, pure, spontaneous and natural coexist with past and present cruelty

Oleg and the Rare Arts, Depth Two and other European documentaries shine at DokuFest

Non-fiction returns to the safe haven of Play-Doc

The film by Austria’s Ruth Beckermann has snagged an Honourable Mention in the international competition, while the feature by Alice Diop came out on top in the French section

From 18-27 March, the 38th edition of the festival will plunge into the world of documentaries, boasting some major names on its line-up

Monday 8 February sees the start of the tenth edition of the highly alternative gathering in Navarre, dedicated to the most radical, indie and daring documentaries 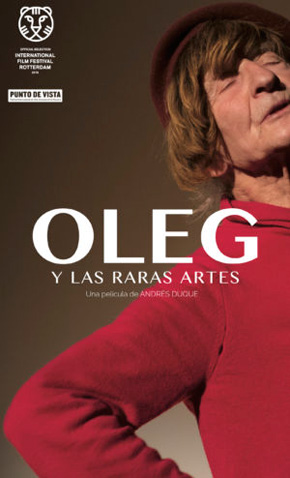 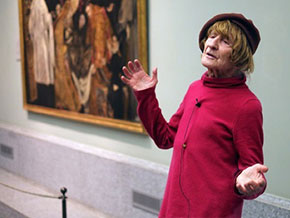 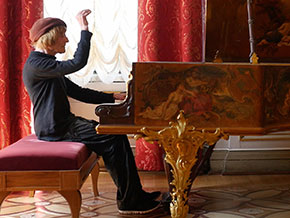