The Yard: Itinerary of a dead poet

13/02/2016 - BERLIN 2016: Måns Månsson’s new film depicts the spiral of poverty in a modern capitalist society in which humanity is of secondary concern

Anders Mossling in The Yard

During the opening credits of Swedish film The Yard [+see also:
trailer
film profile], which was presented at Berlin in the Forum section, an orchestra belts out music whilst the names of the participants appear in small writing against a black screen, because it’s a small yet great story that Måns Månsson tells us here, a humble, grey and sad story that is an austere chronicle of everyday dehumanisation. Indeed, the spiral of precarity into which its nameless anti-hero has fallen (the dejection and solitude of which is portrayed by the actor playing him, Anders Mossling, with harrowing conviction) is one that affects millions of individuals (with lives, children, a soul), like him reduced to a number and the need to survive.

When we meet our protagonist, he’s already miniscule, in an excessively large room reading sad poems to such a small audience that we feel sorry for him. Then, when we’ve finished scrutinising the face of this disenchanted literary writer and critic for a grain of hope, this amateur scuba diver who has just scuppered what’s left of his career to let himself be gobbled up by the endless pit of his misery, the overwhelming opening scene is matched by sprawling shots in which our protagonist, n°11811, is nothing more than a speck among the thousands of identical cars waiting to be shipped in the port of Malmö, where he has found (thanks to an agency called Dreamjob!) what his teenage son calls "an immigrant’s job".

At first, our protagonist, the only Swedish person in this group of workers, judges the experience as “interesting”, but his initial disbelief at this incredible world of cool indifference with its taboos, of which there are so many it’s almost ridiculous (or simply uncivilised), quickly gives way to humiliation – in the same way as his initial self-punishing behaviour instantly gives way to the ruthless cruelty of the system, in which he enters trousers down (for his medical) and which breaks and swallows him up like the others. Initially, he thinks he’s discovered a new world, people, companions who have often suffered far greater misfortune than himself, but the humanity that lives on in him is destined to be crushed. In this frozen jungle where everyone’s in the same boat, the rules that seem so appalling to him at the beginning, he soon learns, and in doing so, forfeits his last shred of humanity. By placing 11811’s story under the microscope, without exaggerating and without excess pity for the character, Månsson succeeds in seizing the exact moment at which a human being ceases to be one, like everyone else.

more about: The Yard

BERLIN 2018: Axel Petersén and Måns Månsson stir up feelings of intense social alienation, where narrative and form unite to create an atmosphere of rejection

The Giant and The Yard take three Guldbagges each

Liv Ullmann and Jakob Oftebro on Haugesund’s Walk of Fame

The 44th Norwegian International Film Festival, which launches its main programme this Sunday 21 August, will be closed by Henrik Martin Dahlsbakken’s Cave

The Yellow Affair set to market Girls Lost at Cannes

The Yard: Itinerary of a dead poet

A profitable festival weekend for Martin Zandvliet’s Land of Mine 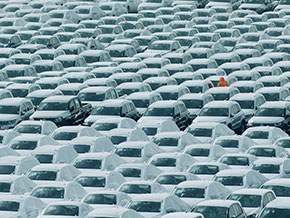 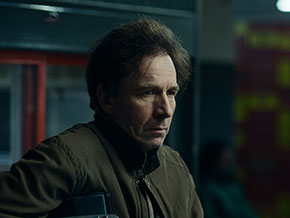