Fire at Sea looks out over the gateway to the West

16/02/2016 - BERLIN 2016: Director Gianfranco Rosi, who won the Golden Lion at Venice with Sacro GRA, spent over a year on the island of Lampedusa to shoot his new documentary

You could say that it’s easy to get so much applause from audiences at the Berlinale with a documentary on a subject, immigration, that’s splitting Europe in two. Yet Fire at Sea [+see also:
trailer
interview: Gianfranco Rosi
film profile], in competition at the festival, seemed to warm people’s hearts and faces above all for the way it was made. The film is shrewd and blunt yet far-reaching, with the right passion for tackling this dreadful tragedy, but the distance necessary to observe events without falling into the trap of compassion.

Lampedusa, as the blunt and heartless sign that opens the film explains, is an island in the Mediterranean covering 20km2 and has 6,000 inhabitants. It lies 113km from Africa and 205km from Sicily. Over the last 20 years, 400,000 migrants have tried to land on its beaches. 15,000 have died trying. Director Gianfranco Rosi, who won the Golden Lion at Venice with Sacro GRA [+see also:
film review
trailer
interview: Gianfranco Rosi
film profile], spent more than a year on the island shooting his new documentary.

Fire at Sea opens on a 12-year-old child, Samuele, the son of fishermen, as he makes a slingshot from some twigs from a pine tree shooting out of the rugged and rocky land. The island’s natural state is a dominant element of the film, with the rocks that sink into the sea, the threatening waves rolling over the clearest and deepest of waters, the sudden storms heralded by thunder, a deep blue sky that turns black. After introducing us to the young protagonist, Rosi delivers the first blow to the stomach straight away, and does so without resorting to images. Over a radio broadcast from an Italian Navy ship we hear a man shout, “Please please help us, we are sinking!”.

Throughout the film, Rosi often chooses to mediate his gaze, leaving us to observe events through military monitors, mirrors, wet portholes encrusted with dried salt. But in the final minutes of the film he brings us face to face with an all-consuming and painful scene of death in a boat’s hold. On dry land meanwhile another story unfolds in parallel: old Aunt Maria calls into a local radio station; a fisherman goes diving in a wetsuit to fish for sea urchins and limpets; Maria, Samuele’s grandmother, spends her time sewing and telling her grandson old sea stories. The migrants who have made it and are now waiting around on the island organise football tournaments: Syria vs. Eritrea, because Somalia and Libya have already been knocked out. It seems like any other perfect day. Samuele goes to school, and never enters into contact with the world of despair across from him. So then why does he sometimes suddenly find it so difficult to breathe, forcing him to go to the doctor?

The doctor, dottor Pietro Bartolo, has been treating migrants’ chemical burns from fuel for twenty years, delivers the babies of pregnant African women who have just arrived on the island, and is often forced to bury children. “I hate doing autopsies. I’ve done so many. I have nightmares”, he confesses. But it’s every man’s duty, if he really is a man, to help these people”.

After portraying the closed-off worlds of outcasts in the American desert in Below Sea Level and the “freaks” of the Grande Raccordo Anulare (Great Ring Road) around Rome, Rosi goes straight to the heart of a large ghost community looking out over the gateway to the West, on the most symbolic border of Europe. This is a film that should be shown to students and MEPs.

Produced by Donatella Palermo and Gianfranco Rosi through 21Uno Film and Stemal Entertaiment with the Istituto Luce-Cinecittà and Rai Cinema, Fire at Sea was co-produced by Les Films D’Ici and Arte France Cinema.

more about: Fire at Sea

“Nothing can stop these people who are fleeing death”

BERLIN 2016: Italian director Gianfranco Rosi discusses his new documentary about the migrants tragedy in Lampedusa, Fire at Sea, Golden Bear for Best Film at the Berlinale

VENICE 2022: Examining 37 visits over nine years, Gianfranco Rosi depicts an increasingly progressive Pope Francis, facing up to the world and its troubles

Gianfranco Rosi visits the borders of war zones in Notturno 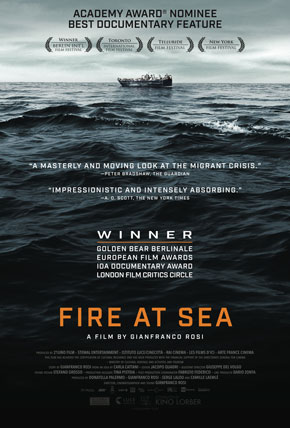 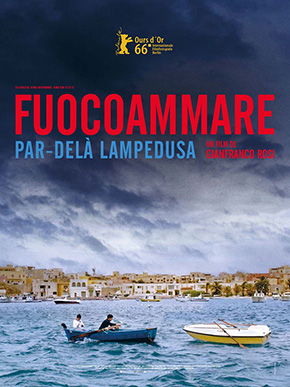 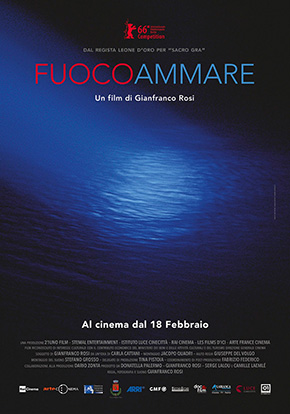 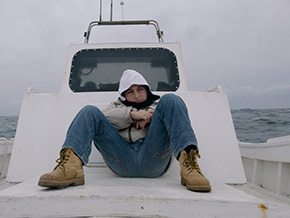 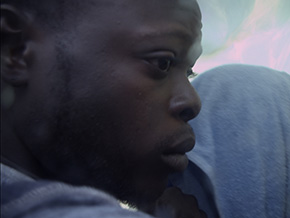 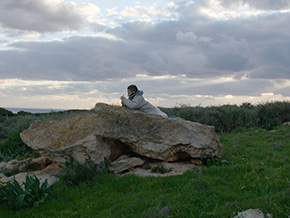 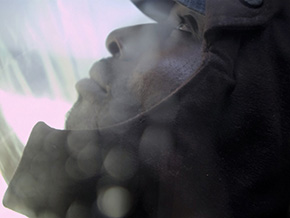