17/02/2016 - BERLIN 2016: A British team presents a visceral and spot-on tribute to the editor at Scribner’s who first heard the barbaric yawp of the Great American Novel

Tuesday 16 February was, without a doubt, a great day for American film at the 66th Berlin Film Festival. Between the highly critical Soy Nero [+see also:
film review
trailer
interview: Rafi Pitts
film profile] by Rafi Pitts and the exuberant Chi-Raq by Spike Lee (shown out of competition), festivalgoers were treated to a thrilling and highly accurate film about one of the greatest things to have ever been born across the Atlantic: the Great American Novel. The debut feature film by playwright Michael Grandage, Genius [+see also:
trailer
film profile], is more specifically a carefully chosen tribute to the editor who discovered the craftsmen behind American literature of the 20th century, Max Perkins of publishing house Scribner's Sons (played with flair and sublime sensitivity by Colin Firth), through the story of his relationship and work with the out-of-control writer that wanted to write the ultimate novel about America: Thomas Wolfe (whose genius, as visceral as it is cumbersome, is brilliantly portrayed by Jude Law) – with the film of course suggesting that behind this sweaty and restless, not to mention possessed man, was a discrete genius without whom his pouring stream of consciousness would never have made it to the reader.

As the names of the main actors in the film suggest (to which we should add Nicole Kidman in the role of the Jewish mistress and patron, an otherwise highly independent woman of the theatre who has no qualms about making a scene, her Australian colleague Guy Pearce in the elegant part of Scott Fitzgerald, and British actor Dominic West in the role of the imposing explorer and big-game hunter Ernest Hemingway), Grandage’s film doesn’t look anything like a debut film – far from it in fact. The photography in particular, which is magnificently under-saturated (and nicely enhanced by the settings and costumes), transports us to the industrial hustle and bustle of New York complete with hat and suit of the 1930s, this fascinating city of steam, numbered streets and paper where the wild rhythms of jazz were just starting to leak out of its black belly.

But above all, Grandage brilliantly avoids all the pitfalls and awkwardness that his impressive subject could have left him with. Unlike most period films about writers, he doesn’t settle for sucking all the light out of his subject to then spit out a pale and insipid version of it. On the contrary, he and his screenwriter, John Logan (Skyfall [+see also:
film review
trailer
making of
film profile], Hugo Cabret...) demonstrate excellent knowledge and understanding of the editor’s work, and the challenges of the time, in which the Hemmingwayan ghost of the solitary hunter (which the films picks up before moving on with one last photo of him alongside a giant salmon) has given way to the three-way hybrid of this wandering prose, oozing jazz, that has become the true language of the Great American Novel (in American). In Genius, Grandage portrays the development of this text, as full-bodied as an intimate and frenzied dance of paper between author and editor, to the beat of strokes of red pencil and the clacking of typewriters, crescendoing in the heavy and solid thump of the new printed work, ready to have its pages devoured.

BERLIN 2016: A British team presents a visceral and spot-on tribute to the editor at Scribner’s who first heard the barbaric yawp of the Great American Novel

The last eight titles in the Competition selection of the 66th Berlinale hail from all over the world: Germany, France, Belgium, Tunisia and China, to name a few

Five titles in competition and three special selections have been unveiled, which mainly represent North America

FilmNation sells plenty of Room across the world 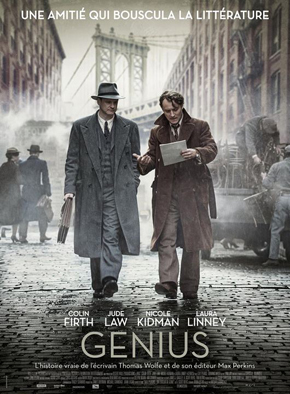 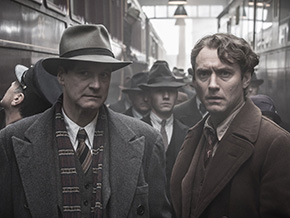 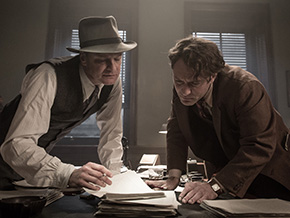 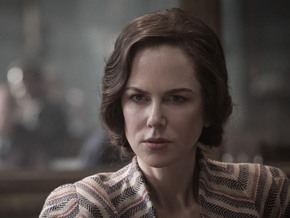 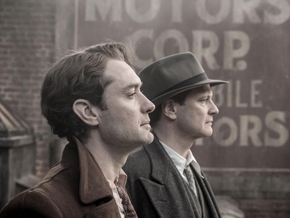 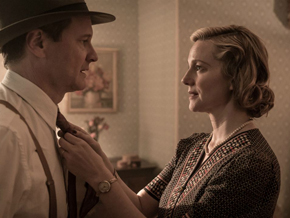 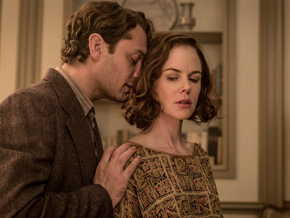