BERLINALE 2016 Out of competition

19/02/2016 - BERLIN 2016: Benoît Delépine and Gustave Kervern’s dark humour is tinged with a painful kind of tenderness through a father-son relationship

Dark comedy, ruthless denouncements of the cracks in society, and a fondness for the little people in the workplace and for marginal characters who have been put through the mill of the modern world: over the course of just a few films, French directors Benoît Delépine and Gustave Kervern have skilfully developed a highly personal voice of their own that is often labelled as anarcho-libertarian and inflected with a keen sense of sensitive mockery, particularly in Aaltra, Louise-Michel [+see also:
film review
trailer
interview: Benoît Delépine and Gustav…
interview: Benoît Jaubert
film profile], Mammuth [+see also:
film review
trailer
interview: Gustave Kervern, Benoî…
film profile] and Le Grand Soir [+see also:
trailer
film profile]. While it does not depart from this strategy, their new film, Saint Amour [+see also:
trailer
film profile], which screened today out of competition in the official selection of the 66th Berlin Film Festival, nevertheless marks a noticeable reorientation in their approach, as it takes on the difficult task of laying bare feelings and suffering tucked away under the surface – and this element gains the upper hand over their addiction to the energising properties of absurd comedy (which are nonetheless still very much present here). They can afford this extra dose of affection thanks to the confidence of two actors who are already familiar faces in their filmic universe: Gérard Depardieu and Benoît Poelvoorde. In Saint Amour, these two actors, each in his own way, deliver touching performances loaded with a substantial helping of pain and suffering, thus aligning perfectly with the crisis in the world of French farming that serves as the backdrop for the movie.

It all starts in the buzzing Paris Agricultural Show, among the cows and the Poitou donkeys. Jean (Depardieu) has come along to take part in a competition with his bull, Nebuchadnezzar (the name of the ancient rulers of Babylon, but also, lest we forget, that of a bottle that holds 15 litres of wine). In the meantime, his son, Bruno (Poelvoorde), gets increasingly merry, stumbling from one tasting and stand to another, before rolling around in a pigsty and then coming undone as he clumsily tries to hit on a young woman. After seeing the damage ("You know where this will lead", "You’re crying – here we go again"), his father then decides to load him into a taxi so that they can embark on a “real wine route” together, try to re-establish the bond between them, console each other following a recent death (something that goes unsaid, but which we discover along the way) and eventually find out whether the family farm can be passed down from father to son, the latter of whom is utterly repelled by such a prospect.

What ensues is a wine-based road movie, from Beaujolais to Bordelais, accompanied by a driver (Vincent Lacoste) who also harbours a dark secret under his boastful exterior. This voyage, interspersed with encounters with women, will, among other things, allow us to take stock of the "ten stages of drunkenness" (relaxation, release, truth, drowsiness, violence or excessive love, pathos, hunger, the frantic search for sex, deep sleep, and shame) before Venus and Bacchus reconcile the two men both with themselves and with their future.

Peppered with a plethora of episodes teetering between comedy and drama, and digging deep, as if with a scalpel, into the moving fragility of the human race, in the end Saint Amour is more of a maudlin drunk than a merry one, painting a somewhat hopeless picture of the French heartland in the background. The sheer accuracy and generosity of the filmmakers’ perspective on the most straightforward of human lives and helplessness, the effectiveness of the mise-en-scène and the quality of the music, courtesy of Sébastien Tellier, cannot be denied, and Depardieu gives a truly first-class performance. However, there is a feeling that imperceptibly hovers over it: the inkling that the pair of directors is at a crossroads, still hesitant about whether or not to discard the radical-trash spirit that proved to be a hit for them in the past. Watch this space...

Produced by JPG Films, Saint Amour was co-produced by No Money Productions, DD Productions, and Belgian outfits Nexus Factory and Umedia. The French release is being organised for 2 March by Le Pacte, which is also selling the film overseas.

Grégoire Ludig, Anais Demoustier and Orelsan are also among the cast of this movie being staged by Atelier de Production, due to start shooting in September

At the EFM, pre-sales will kick off for the new film by the director of Hippocrates and Irreplaceable, which is set to shoot in the spring

15 French films with over 1 million admissions in 2016 films

A year dominated in French theatres by American blockbusters, French comedies, and the films screened at Cannes

70 French films on show in Hollywood 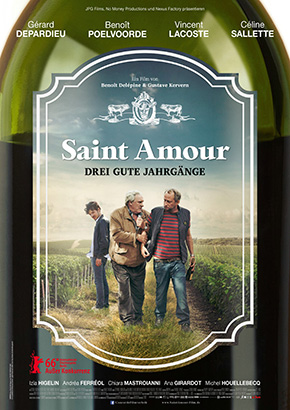 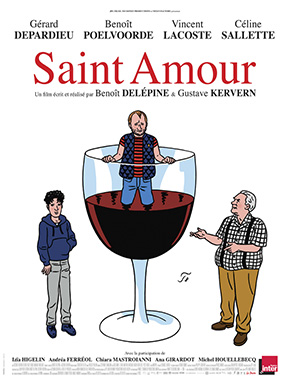 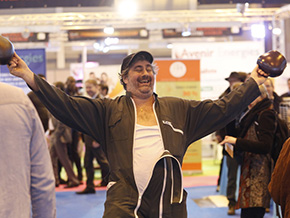 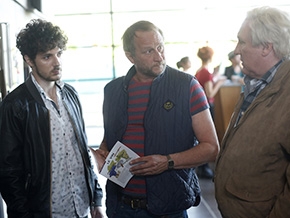 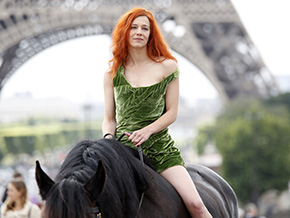 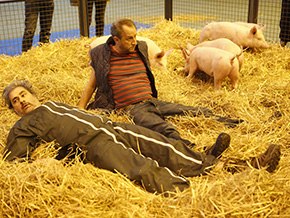 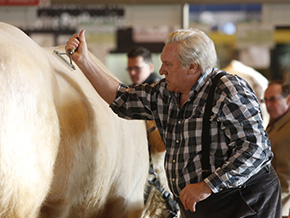