To Steal From a Thief: Those who can, save themselves!

22/02/2016 - Daniel Calparsoro signs off on a spectacular film which, as well as being entertaining, tackles the ethical rottenness of our society, in which everyone, not just the powerful, are victims

Luis Tosar in To Steal From a Thief

The avalanche effect: a simple bank robbery in Valencia triggers a series of unexpected and incalculable repercussions, endangering the presumed political stability of a country. What we see and hear everyday in the news, with corruption having become an everyday phenomenon that no longer surprises or even angers us, is the basic concept which Daniel Calparsoro, together with screenwriter Jorge Guerricoechevarría (the screenwriter usually behind the “circuses” of his old friend Álex de la Iglesia) used for his ninth film.

The forty-year-old director, who made his debut with Salto al vacío, built on a bitter tone and certain uncomfortable issues, has slowly but surely tamed his more extreme side, which is clear to see in films such as Pasajes, A ciegas and Asfalto, ending up, after flirting with the genres of war - Guerreros - and suspense - Ausentes [+see also:
trailer
film profile] – with a film that is closer to the genre he feels most at ease with: the thriller genre. One only need look back at his previous films Invasor [+see also:
trailer
film profile] and Combustión [+see also:
trailer
film profile] to see that his world is all about action, testosterone and intrigue. All of this is folded into his latest film, To Steal From a Thief [+see also:
trailer
interview: Daniel Calparsoro
film profile], or rather, his version of Dog Day Afternoon: a group of men walk into a bank – in Valencia, the Spanish capital of corruption – to carry out a robbery, but when complications arise and the police get involved, the gang takes employees and clients hostage.

The film follows the usual formula for such a crime, until the discovery is made that there’s a safe in the building containing compromising documents. From then on, what seems like a simple case for the local police takes on greater significance, reaching all the way to Madrid and other political spheres; it seems like it could be true, doesn’t it? We Spaniards wake up every morning to news of this abhorrent nature, whether it’s the news that a businessman has been arrested, a politician has been accused of corruption, or of a fraudulent bank. We’re living in exceedingly corrupt times: the crisis has turned us into animals thirsty for money, power and deceit. And, like the characters in the film, all we’re trying to do is leave this battlefield with as few scratches and bruises as possible.

Calparsoro’s film has too many characters, rooted in a plot in keeping with the social rage that films like Wild Tales [+see also:
film review
trailer
film profile] or, in a more ridiculous way, Dying Beyond Their Means [+see also:
film review
trailer
interview: Isaki Lacuesta
film profile], have turned into a sub-genre: reacting violently to a loss of values that only seems to scratch the surface. And whilst Isaki Lacuesta’s film boasted a top-notch cast, To Steal From a Thief can’t make the same claim: Luis Tosar, Raúl Arévalo, José Coronado, Miriam Álvarez, Rodrigo de la Serna, Patricia Vico, Joaquín Climent and Luis Callejo all have more or less gaudy roles in this film.

The epic soundtrack by Julio de la Rosa, the metallic photography by Josu Inchaustegui and the agile editing by Antonio Frutos combine forces to spice up this thriller that looks rather worn-out when various personalities from the political world start crawling out of the woodwork. And yet, it’s clear to the viewer that, as is the case in life, you can’t trust anyone.

To Steal From a Thief is a Vaca Films, Morena Films and Invasor Producción AIE production co-produced by Kramer&Sigman Films, Mare Nostrum Productions and Telefónica Studios; in collaboration with Fox International Productions and the participation of Mediaset, Movistar+ and Telefe; with support from Eurimages, ICAA, INCAA and Ibermedia. International sales are being handled by Film Factory.

more about: To Steal From A Thief

To Steal from a Thief is the ninth film by the director raised in San Sebastián; it is a thriller in the guise of a bank robbery in Valencia, starring Luis Tosar, Raúl Arévalo and José Coronado.

"The streets are a reflection of life”

Action, music, passion and robberies liven up Sky High, the new film by Daniel Calparsoro competing at the Málaga Film Festival, and we talked to him about its secrets

Review: Eye for an Eye

Paco Plaza proves the Spanish thriller is far from dead with a feature that has a powerful psychological impact, a tragic tone, strong mise-en-scène and a finale that will shake you to your very core

“My film deals with a lack of communication”

Daniel Calparsoro is releasing his new thriller, The Warning, an adaptation of Paul Pen’s novel of the same name, starring Raúl Arévalo, in which he blends emotion and the supernatural

An adaptation of the novel of the same name by Eva García Sáenz de Urturi, the film will star Belén Rueda, Aura Garrido, Javier Rey and Jordi Mollá 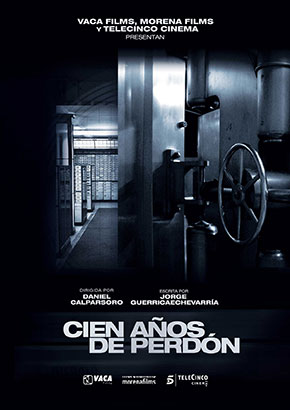 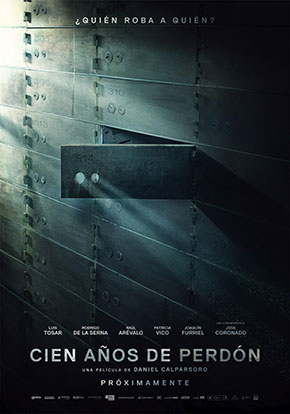 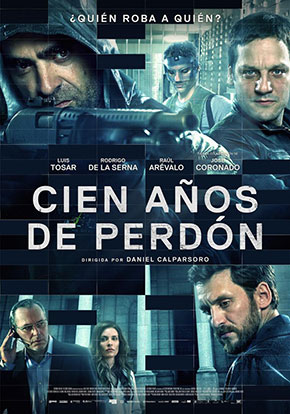 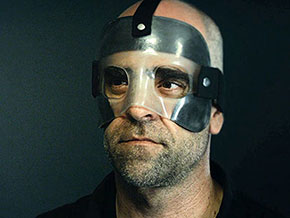 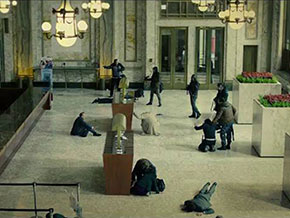 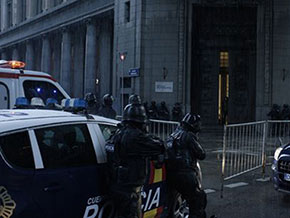 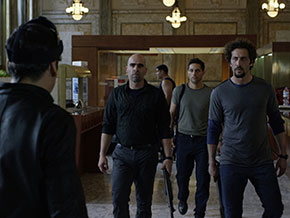