Dust Cloth: Women who dream of having a future

We’re in the suburbs of Istanbul, on the Asian bank of the city. Holding her little girl’s hand, young Nesrin goes in search of her husband Cafer, who has left her without giving a reason. Dust Cloth [+see also:
trailer
interview: Ahu Öztürk
film profile], in competition at this year’s Bergamo Film Meeting after featuring in the Forum section of the Berlin Film Festival back in February, shows us the realist approach so typical of new Turkish arthouse film right from the start. Like the film’s protagonist, the director and screenwriter, Ahu Öztürk, is Kurdish. But this time the ‘Kurdish question’ that has inspired so many directors of new Turkish cinema over recent years (Kazim Oz, Miraz Bezar, Sedat Yilmsz, Zeynel Doga, Orhan Eskikoy, Ferit Karahan) – is not seen in terms of persecution and violence, but instead, as the director herself explained in an interview with Cineuropa “an observation of the Turkish middle class”.

The study of the class relationships which Nuri Bilge Ceylan throws himself into so magnificently in his films is turned on its head by the director of Dust Cloth. Indeed, the middle-class citizens of the capital are observed by Nesrin (Asiye Dinçsoy, Yozgat Blues [+see also:
trailer
film profile]), who works as a cleaner in the elegant apartments of Kadıköy, and her older colleague and friend Hatun (Nazan Kesal, who has a role in almost all of Ceylan’s films). The former, demure and nervous, is tormented by her husband’s departure, whilst the latter, who is bubbly and sarcastic with a bone idle husband, dreams of having a house of her own, so much so that she goes to a Christian church and prays for a miracle, hoping that Allah won’t consider that action a sin. The gossip that the two women engage in over their bosses is pure social and cultural critique. Their mirage is built on a steady job with insurance and a nice house. Their reality, on the other hand, is built on obstacles and frustration. The ‘toil of living’, illustrated through reflective critique in recent Turkish arthouse film, according to Giovanni Ottone in his recent book “Nuovo Cinema in Turchia” (Ed. Falsopiano). Another piece of the mosaic of a country with a multitude of identities that is trying more than ever, as we expected, to act as a link between Europe and the Middle East.

After studying philosophy and film, Ahu Öztürkdirected documentaries and participated in collective film Tales from Kars, a product of the Festival on Wheels in Ankara in which she participated with her short film Open Wound, the story of Ozan, who returns home for a funeral and discovers the truth about his family history. Dust Cloth is her first feature film, co-produced by Ret Film with German company The Story Bay, and marks the entry of an author into the fourth generation of Turkish directors, who enliven European and world cinema with their recognisably rich material.

We met up with Kurdish filmmaker Ahu Öztürk, director of Dust Cloth, screened in competition at the Bergamo Film Meeting

Four Work-in-Progress titles try their chances at the HFM

Two Dutch, one Belgian and one Brazilian project competed for two prizes valued at €5,000 each

The gathering will present over 80 films, including the world premiere of Wastelands by Miriam Heard, a co-production between France, Chile and the UK

KARLOVY VARY 2016: Turkish filmmaker Kivanc Sezer's drama tackles the dire fate of workers on a construction site, weighing up the price of human life and dignity

Six Turkish filmmakers are set to feature in the Découverte section of the 44th edition of the festival, which will host almost 200 films between 1 and 10 July

Ahu Öztürk's film has won the Golden Tulip for Best Film in the national competition, while Rodrigo Plá's Venice title has triumphed in the international one

Turkey's largest film event will present 221 movies from 7-17 April; the Cineuropa Prize will be given to a title in the national competition

The award, a cash prize of €30,000, has been instigated by the institution to promote greater gender equality in the European film industry

Dust Cloth: Women who dream of having a future 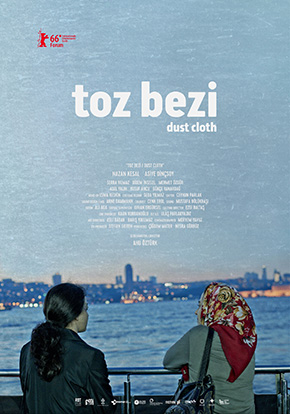 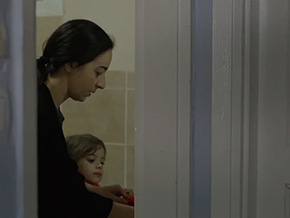 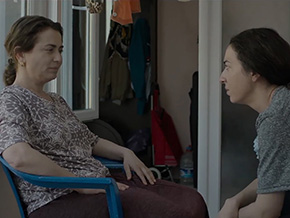