17/03/2016 - It was one of the most mysterious and controversial crimes in Italian history: David Grieco directs Massimo Ranieri forty years on from the death of the poet and director

Massimo Ranieri in The Ploy

On 2 November 1975, at the Idroscalo in Ostia, one of the greatest intellectuals of the twentieth century was murdered. Pier Paolo Pasolini was a troublesome figure for many, and his brutal murder has long played on the consciences of those who knew him for his work as a poet, writer and director. And over time this has given rise to countless theories on one of the most mysterious and controversial crimes of our time, which was simply passed off as a mere “sexually motivated murder”.

David Grieco is a journalist and writer, whose previous work includes two documentaries and the film Evilenko, starring Malcolm McDowell, on the Russian serial killer known as the Butcher of Rostov. The Ploy [+see also:
trailer
film profile] is also shot like a thriller, and is full of monsters: those who physically murdered Pasolini, those who ordered the crime, and those who covered up the crime.

Grieco met Pasolini when he was just a boy, and with him, wrote a number of films by Sergio Citti, a friend and colleague of Pasolini. He was one of the first to arrive on the scene of the crime with the coroner Faustino Durante, and worked with lawyer Guido Calvi on drafting the statement for the defence for the first trial in the murder case. The film, which hits cinemas on 24 March with Microcinema, follows on from the book of the same name published last year by Grieco for Rizzoli Publications, and attempts to reconstruct the monstrous network of complicity behind the crime. It serves almost as an introduction to the book, which offers proof, testimonies and documents from the court case, whilst the film lays the foundations for the theory of the ‘plot’ behind the murder, as suggested by its original title.

The premise for the film is based on what Pasolini was writing at the time of his death. Investigative novel Petrolio, which he never finished, centres, among others, on Eugenio Cefis, one of the puppet masters of the Italian financial world, president of ENI and Montedison, and a member of the P2 masonic lodge. According to the director, Pier Paolo Pasolini was murdered by killers from the organised criminal underworld of Rome, as a favour to political and economic powers. The film stars Massimo Ranieri, who plays the role of Pasolini with a bit of strain (Pasolini died at the age of 53, the actor-singer is 65), and retraces the final weeks in the life of the poet: he’s in the process of editing his most scandalous film, Salò or the 120 Days of Sodom, meets the mysterious author of a book denouncing Cefis who is being tailed by the secret services, and is involved with a young man from the Roman working-class suburbs with ties to the criminal underworld, Pino Pelosi. The negatives for Salò are mysteriously stolen, with Pelosi as an accomplice, and to get them back, Pasolini is lured into a carefully planned trap that will prove to be fatal.

Beyond its theory of a “plot”, which viewers may or may not believe, and the need to lay claim to the truth of what happened 40 years ago, part of the film’s merit and perhaps the personal goal of the director lies in its keeping the memory of a great poet and intellectual alive. Produced by Propaganda Italia with Mountflour Films, The Ploy was co-produced by French company To Be Continued and sees the participation of François-Xavier Demaison (Team Spirit [+see also:
film review
trailer
film profile]) in the role of the French journalist who interviews Pasolini.

more about: The Ploy

An innovative Europe at the 38th Moscow Film Festival 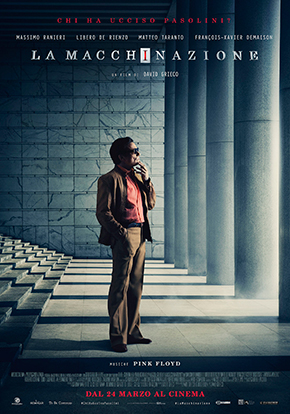 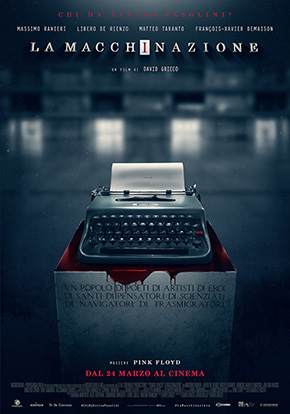 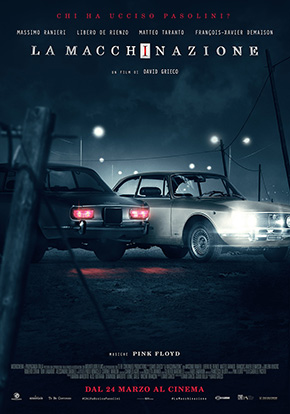