25/03/2016 - Nine Latin American countries and eight European ones were represented at the event, which took place from 15-16 March in Toulouse during the film festival

Leaders from European and Latin American film institutes came together on 15 and 16 March in Toulouse during the Cinélatino Film Festival (read the news). This initiative, which comes under the patronage of UNESCO, was jointly organised by ARCALT (the association behind Cinélatino) and the CNC. Nine countries from Latin America and eight from Europe were represented. European experts were also invited to share their analyses. The meetings kicked off on 15 March with a quick summary of business and the expectations in Latin America and Europe. This was followed by four round-tables, the first of which was devoted to co-productions between Latin America and Europe, and their distribution. The following two had a digital theme, focusing on the questions: “How do we ensure diversity in an environment of worldwide free trade?” and “Do we need new broadcasting models?” The final round-table looked at new approaches to education in cinema. 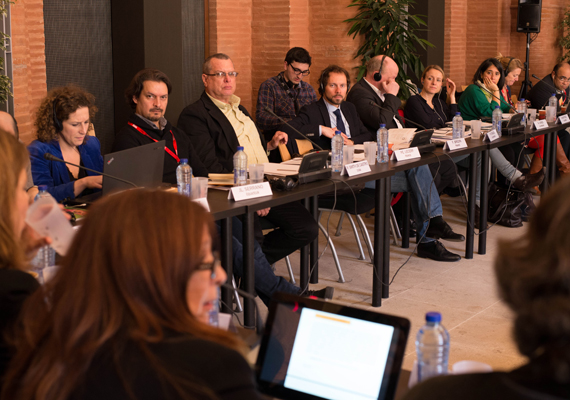 To close the meetings, a press conference was held on 16 March discussing the conclusions drawn from these meetings. The officials present were Francis Saint-Dizier (ARCALT president), Cristophe Tardieu (CNC general manager), Peter Dinges (EFAD - European Film Agency Directors president), Manuel Rangel (CACI - Conferencia de Autoridades Cinematográficas de Iberoamérica president), Elena Vilardelle (technical secretary for the Ibermedia programme) and Helly Aylett (artist and vice-president for cultural diversity on a European level). Participants from both sides agreed that the meetings had allowed for a respectful, passionate and high-quality discussion regarding questions with economic stakes linked closely to national cultural policies. Francis Saint-Dizier highlighted the need to “rise to the challenge of maintaining cultural diversity in the face of a dominant market that is neither European nor Latin American”, in his introduction. This implies a kind of solidarity between European and Latin American countries faced with the almost hegemonic situation in the North American film industry, which plays a huge part in many countries. To combat this, bicontinental collaboration is required, allowing the European and Latin American film industries to support each other, most notably in broadcasting. To reach this goal, “a joint campaign must be organised to persuade the European Commission to revive an initiative similar to the former Media Mundus programme (which was halted in 2014), which fostered cooperation between the two continents”, as stated in the final press release. At the heart of this discussion were different broadcasting methods, in particular the developing VoD platforms, the libraries of which should adhere to the same policies for cultural diversity as movie theatres. Every country should also be able to limit internet broadcasting services by means of legislation in order to respect copyright and the territoriality of these rights, which is at the heart of funding and the circulation of works.

A need for regulation also became apparent, as shown in the summary given by Manuel Rangel: “From a Latin American perspective, I just want to say that not regulating the digital film industry would lead to the creation of a single market.” Bilateral co-productions were highlighted in particular, because, as Manuel Rangel puts it, "having an international co-production at your disposal helps facilitate the broadcasting of the film in each of those countries". 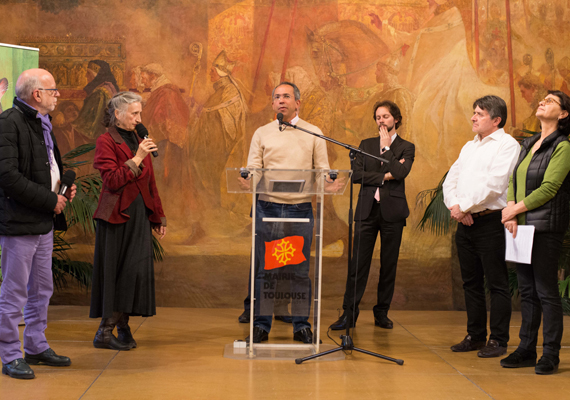 Ending with an encouraging example of achievement, Elena Vilardelle presented the Ibermerdia TV initiative, which involves broadcasting a different Latin American auteur film every week, over the course of a year, on national Latin American television channels, reaching an audience close to 300 million.

The EFAD/CACI meetings are scheduled to take place twice a year. Read the conclusions text from the CNC right here.