On Call: “The expression of our helplessness”

It’s a simple room adorned with faded paintings, with a map of the world hanging on one wall, behind the desk. We find ourselves in the walk-in healthcare centre at the Avicenne hospital in Bobigny, close to the Parisian suburbs, and that’s the world that we see paraded before our eyes, a world of suffering, a world of migrants with physical and psychological injuries intensified by their journeys to France and the extreme precariousness of their daily lives. In front of them sits a GP, at his side a psychiatrist, trying to offer quick medical solutions and a kind ear to what seems to be a bottomless pit of misery. It is this microcosm, filled with the painful cries of exiles, who have shaken the continents over the last few years, that director Alice Diop wishes to capture with her camera in her film On Call, an in-camera documentary unveiled to the world in the French Competition section of the 38th Cinéma du Réel festival.

Sri Lanka, Guinea, Bangladesh, South Africa… over the course of around 20 consultations, the physical ailments of these patients paint a picture of their numerous spiritual traumas. We see the added pains of homesickness, the difficulties of surviving in a foreign land (finding food and shelter, finding yourself in the Kafkaesque maze of administrative procedures, months of waiting for an answer to applications for asylum, etc.), and overwhelming anxieties on top of the wounds inflicted on these migrants, some of which have forced them to flee their countries. By feeling their bodies, questioning the patients with restraint and humanity, communicating as best he can in English, French or Spanish with these patients, many of whom are standing on the edge of the abyss, and writing prescriptions and medical certificates, doctor Jean-Pierre Geeraert pieces together paths for these people, who have been stranded at sea until this consultation.

Focussing on these faces, which bear the scars of their inner tensions, the camera deliberately lets the true power of these moments of harsh reality shine through, without trying to be technically perfect or eye-catching. Guided by the “classic” format of a medical consultation, On Call reflects a mosaic of a certain state of the world made of scattered puzzle pieces. Comments from the doctor to his colleagues filter through, and, in doing so, Alice Diop also pays tribute to this character, who’s a credit to his line of work as a healer but is nevertheless faced with problems that extend far beyond his office’s four walls (“It seems weird, to me, to be prescribing antidepressants in these situations. You wonder what good it’ll do. It’s nothing more than the expression of our helplessness”). He says this looking straight into the camera, sending us back to the quote by Fernando Pessoa that opens the film: “They spoke to me of people, and of humanity. But I’ve never seen people, or humanity. I’ve seen various people, astonishingly dissimilar. Each separated from the next by an unpeopled space”.

Produced by Athénaïse in co-production with Arte France, On Call is supported by the CNC, Procirep, Angoa and Périphérie

more about: On Call

Alice Diop stakes her bets on We

The film by Austria’s Ruth Beckermann has snagged an Honourable Mention in the international competition, while the feature by Alice Diop came out on top in the French section

On Call: “The expression of our helplessness” 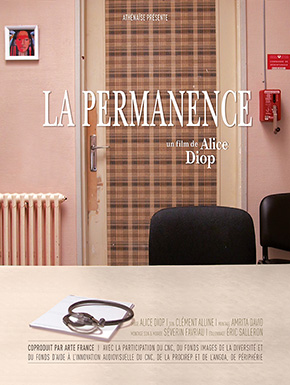 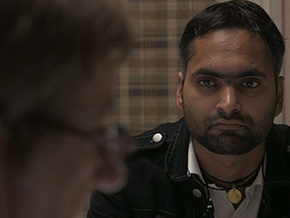