Given the current state of affairs in Europe where immigration is concerned, it’s fairly rare to find films that take possession of the subject without systematically sliding – with varying degrees of finesse – into the subject of society and the seriousness of the dichotomy between recruitment into terrorist groups and everyday problems with integration. So it’s a breath of fresh air that brings Good Luck Sam [+see also:
trailer
film profile], the debut feature film by Farid Bentoumi, to cinemas today. The film is a very well-made comedy that is amusing without opting for the easy way out, unpretentious without lacking intelligence, and is being distributed by Ad Vitam.

After deciding to tell a positive story about immigration and benevolently explore the issue of dual nationality, the filmmaker uses his own family history well, drawing inspiration from the extraordinary story of his brother, a young engineer in Grenoble who represented Algeria in cross-country skiing at the Winter Olympics in Turin in 2006. A starting point that he skilfully revisits in a screenplay (written by the director with Noé Debré and Gaëlle Macé) that sees the small company that specialises in making competition skis, Duval, run by Samir (Sami Bouajila – excellent as always, in keeping with his most well-known roles, among others in Days of Glory [+see also:
film review
trailer
interview: Jean Bréhat
interview: Rachid Bouchareb
film profile], The Witnesses [+see also:
trailer
film profile], Omar Killed Me [+see also:
trailer
film profile], etc) and former champion Stéphane (Franck Gastambide) teeter on the brink of bankruptcy despite the exceptional quality of its products.

Abandoned by the bank, which advises them to accept the buyout proposal from a large equipment manufacturer, our two friends try desperately to find a solution when Stéphane has a "ludicrous" idea: he proposes that Samir take advantage of his dual nationality to represent Algeria in cross-country skiing at the Winter Olympics to generate media attention for their brand. But although Stéphane’s optimism ("you’re the only Algerian on the snow, you’re bound to qualify!") drives back Sam’s initial reluctance, it’s hardly a sure bet in sporting terms (Sam hasn’t skied at this level in over 20 years and to qualify, he has to ski 15km in under an hour at the world pre-selection trials) and administratively speaking (the Algerian Olympic Committee has to give the go ahead). Thus begins a relentless training schedule, with Sam’s loved ones wavering between a state of more than irritated doubt (in the case of his wife, played by Chiara Mastroianni) and proud enthusiasm (in the case of his father and, as a result, an entire Algerian family that Sam, who doesn’t even speak Arabic, rediscovers by travelling to the country for the first time in years).

Produced by Frédéric Jouve for Les Films Velvet, Good Luck Sam was co-produced by Les Films du Fleuve (the Belgian company run by the Dardenne brothers) and France 3 Cinéma. Supported most notably by an advance on receipts from the CNC, the feature is being sold internationally by Films Distribution.

The actress will be flanked by Sami Bouajila and Céline Sallette in the cast of the filmmaker’s second feature, which is being produced by Les Films Velvet and will be sold by WTFilms

Mina Farid, Zahia Dehar, Benoît Magimel, Clotilde Coureau and Nuno Lopes are among the cast of this Les Films Velvet production being sold by Wild Bunch

The cast of this Les Films Velvet production, set to be sold by Pyramide, also includes Grégory Montel, Gustave Kervern and Sergi Lopez

"If we prevent originality from existing, in ten years’ time, there will be nothing left"

The French star will play the lead in Rachid Bouchareb’s film. A feature film currently in post-production, which is being produced by Tessalit and sold by Lionsgate

Pierre Niney, Anaïs Demoustier, Vincent Rottiers, Chloé Stefani, Sami Bouajila and Damien Bonnard are among the cast of this A Single Man production

The Returned director Fabrice Gobert is back with K.O. 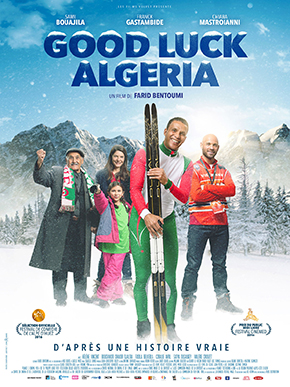 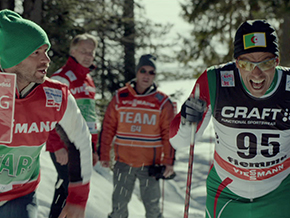 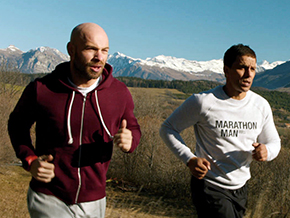