Looking Like My Mother, Switzerland scrutinised through the lens of illness

19/04/2016 - Dominique Margot returns to Visions du réel to present her latest film, which tells the story, through dreams and reality, of her depressed mother

Six years on from presenting her intense Toumast-entre guitare et kalashnikov,Zurich-born director Dominique Margot is back at Visions du réel in Nyon where she’s presenting Looking Like My Mother [+see also:
trailer
film profile], an intimate film on a complex, uncomfortable and slippery subject, in the international competition.

Driven, in her own words, by the need to talk about illness and depression, which has long been considered a taboo subject, Dominique Margot brings us an intimate portrayal of her mother, which highlights the misunderstanding but also the (frightening) similarities that brought them together. Although Looking Like My Mother does not equip us with any real tools (scientific, psychological or otherwise) for exploring the mystery surrounding an illness that is still rather obscure and choked by many (too many) misconceptions, this undoubtedly has the merit of making us feel the unease and powerlessness that not only the person suffering with the illness feels, but also and above all their nearest and dearest.

With the film’s ‘hybrid’ and often ‘garish’ form, made up of archive images (most of which are photos), scattered accounts by family members (who try to overcome the discretion they have long used to protect themselves) and above all reconstructions of memories of the director (with disconcerting photos that suddenly come to life, living paintings of a stiff past) that swing between reality and fiction, and the liberating speech by the best friend of the mother, the owner of an incredible epistolary archive, Dominique Margot tries to reconstruct the meaning of a life. What are memories made of? To what extent are they subjective? And what if merely attempting to give them form were enough to distort them? These are just some of the questions thrown up by the film, which lays claim to its hybrid form in the name of a truth that is definitely partial and subjective, but not any less sincere or strong as a result.

The director uses the richness of film to breathe new life into a hazy reality, teetering between tangibility and nightmare, which for many years, represented the everyday life of not only her mother but the whole family, choked by misunderstanding, guilt and the fundamental need for freedom that we see in the screenplay, which is surprisingly lucid in places. Beyond what the film can (or can’t) tell us about depression, Looking Like My Mother takes us to the heart of the complex relationship between a mother and her daughter, rousing conflicting desires and emphasising the need to express oneself which, choken and finally freed, marks the destinies of three women from three generations.

In this sense, perhaps the strongest and most sincere moment in the film is that in which the director talks to us about the apparently idyllic childhood of her mother, protected in the reassuring Swiss mountains that are suddenly transformed into a prison, a bottomless well in which to drown her nameless unhappiness. Mountains that seemingly embody an entire mentality, rural and imbued with dogma, unchanging and dangerously silent. Does the source of her mother’s unhappiness lie among those peaks? From an intimate tale, the story is transformed (perhaps against its will) into the portrayal of an era, of a place where existence and appearances were kept rigorously separate with extreme consequences.

Looking Like My Mother is being sold internationally by Zurich-based company Maximage (Brigitte Hofer and Cornelia Seitler).

Looking Like My Mother, Switzerland scrutinised through the lens of illness

Dominique Margot returns to Visions du réel to present her latest film, which tells the story, through dreams and reality, of her depressed mother 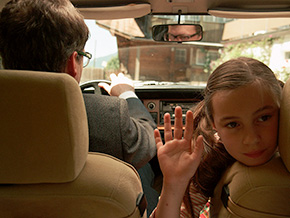 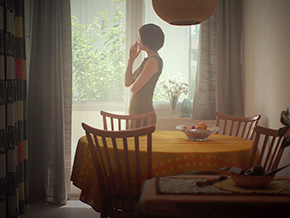 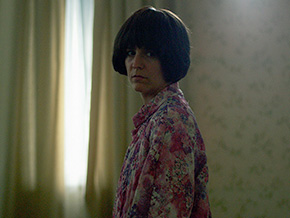