Raving Iran, music as an act of rebellion

19/04/2016 - Susanne Regina Meures’ film, which had its world premiere in the Helvétiques section of Visions du Réel, takes us far away, to a place where music is synonymous with freedom

The debut feature film by Susanne Regina Meures, Raving Iran [+see also:
trailer
film profile], which had its world premiere in the Helvétiques section of Visions du Réel, is a fairy tale with a bitter aftertaste, a journey into the depths of a society, Iranian society, which these days leaves no room for dreams and desires. Anoosh and Arash are the protagonists of this intense and moving journey that drives them from their homeland, Iran, to being forcefully uprooted, in the name of a perhaps utopian freedom. Their passion is house music, which allows them to vent their profound discomfort freely, in an ever-growing quest for freedom. They fight back by organising a rave in Tehran: everything must be kept top secret and the slightest foot wrong could prove to be fatal.

Raving Iran is reminiscent in places of a spy film in which paranoia takes over and the price of freedom is often too high. How can you survive and hold onto your individuality in a country where everything is rigorously controlled? Does it still make sense to talk about ‘youth’ in a city that has lost its life force? To escape the oppressive control of the police, Anoosh and Arash decide to leave the country, but nothing has prepared them for what awaits them, as they are painfully uprooted from their culture and family. An opportunity to put their escape plan into motion arrives almost unexpectedly, when they seem to have resigned themselves to their fate. The organisers of the famous Streeparade in Zurich, one of the biggest techno festivals in the world, invite them to Switzerland for a concert that becomes a symbol of hope for them.

Susanne Regina Meures films youth up very close and personal, as if trying to reveal its deepest secrets. The scenes in the film, which are often shot using a mobile phone for reasons of security, are direct and ‘unrefined’, almost brutal in their urgency. The personal desires of the two protagonists blend almost sublimely with their quest for collective euphoria (in underground rave parties) in a continual coming and going between reality and dreams. The only time that Anoosh and Arash can experience and enjoy their youth freely is when they’re on stage, through the beats of electronic music. This becomes synonymous with freedom and healthy rebellion, the only way of expressing the world inside, which has reached boiling point. Susanne Regina Meures conveys this world suspended between illusion and reality through hypnotic images of bodies letting themselves go to music completely, like in a liberating exorcism.

The protagonists of Raving Iran resist, in the middle of nowhere, a society that would have them submissive and subdued, like good toy soldiers. Theirs is an ongoing quest for openness, to a world and a future in which freedom of expression reigns supreme. Anoosh and Arash are hungry for life, they’re keen to bite into and seize their youth at all costs. The director manages to capture the key and emotionally difficult moments that drive them to flee their country. The protagonists of her film are not swaggering and fearless superheroes, and it is this that makes them extremely human. Their doubts, fears and the way they call everything into question (what does the future hold for them?) are part of their training in life, an integral part of their emancipation: from a country that gave birth to them but doesn’t want them to grow up, and above all, from a society that doesn’t tolerate any form of “difference”. A hypnotic film.

Raving Iran is being sold internationally by Rise And Shine World Sales.

Tantalising competitions lined up for the FIPA

The 30th International Festival of Audiovisual Programs will take place from 24 to 29 January in Biarritz, featuring six competitive sections

Raving Iran, music as an act of rebellion

Susanne Regina Meures’ film, which had its world premiere in the Helvétiques section of Visions du Réel, takes us far away, to a place where music is synonymous with freedom 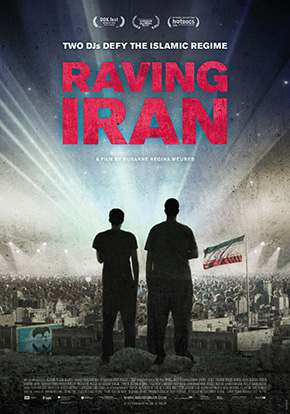 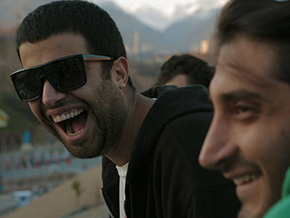 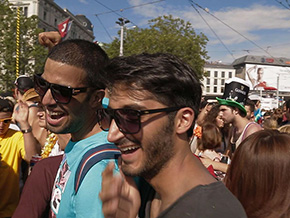 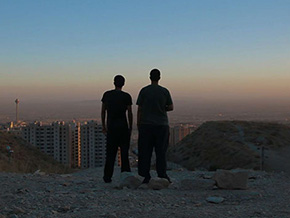 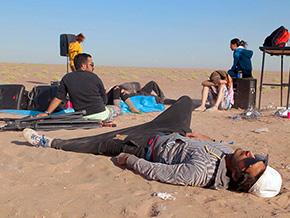 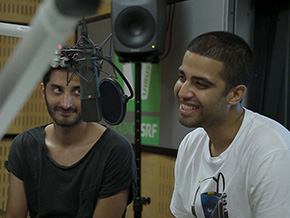