King Of The Airs - Notes On A Friendship: A generation in precarious equilibrium

The latest and surprisingly intimate documentary by Ivo Zen, which had its world premiere in the Regard Neuf section of Visions du réel, is a visual diary about a generation that had to face up to a future that leaves no room for delusions. The king of this enchanted kingdom, in which life is to be lived at full pace, like in a dream, is Martin Felix, a dearly departed friend of the director. This is a documentary made to remember a fragile yet determined character, insecure and haunted by a strange and mystical sense of superiority. It is perhaps this very ambiguity of feelings, a sort of voluntary equilibrium, that makes the protagonist of King Of The Airs [+see also:
trailer
film profile] so very interesting and moving.

Coira, a city in Grisons ruled by a provincial climate of struggle (for freedom and individuality) and resignation, is the setting for the documentary by Ivo Zen, a sort of leap into the past to find the light. With its powerful and evocative material: a diary, fully of testimonials and poetic archive images in Super 8, King Of The Airs takes us back in time, as if trying to capture and immortalise a lost era and generation (is this not also part of the magic of film?) The delusions of youth give way to the raw and violent questions of the present in which adulthood is synonymous with responsibilities that are often too harsh to face up to. How can you live in a society that doesn’t accept “diversity”? Is there a way out of a present in which human fragility is seen exclusively as a flaw? By telling the story of the brief and intense life of Martin, Ivo Zen raises these and many more questions, whilst leaving the difficult task of finding some answers up to the audience.

King Of The Airs is not only an aesthetically strong tribute to a departed friend but also and above all a brave and violent portrait of an entire generation, the 90s generation, which fought to impose its own personal vision of the world, whatever the cost. Martin was the one who pushed the struggle to the extreme, nearing a dazzling madness that at times borders on mysticism. “Finding happiness in sacrifice”, as he himself says at the end of the film, a conscious sacrifice of so-called “normality”, of forced integration into a society that would have us all frighteningly similar. The interesting intuitive editing by Tania Stöcklin gives the film a rare immediacy and spontaneity that blends well with the sincerity of the film. Martin’s drug addiction is portrayed by the director with courage and sincerity, without false modesty or preconceptions. This is part, whether we like it or not, of his person and his being, like a frenemy with a thousand (frightening) faces. Drugs as a way of escaping a reality that has become too harsh to face, and more drugs as a way of dulling the pain of living, perhaps this is what Martin was trying to do, dangerously. A pain that Ivo Zen has been able to share through film, with honesty and bravery, and this in itself is a great accomplishment.

King Of The Airs-Notes On A Friendship is being sold internationally by Mira Film.

more about: King Of The Airs - Notes On A Friendship

King Of The Airs - Notes On A Friendship: A generation in precarious equilibrium

2016 will be a rich year for Swiss film production, with the first documentary and fictional films starting to be unveiled 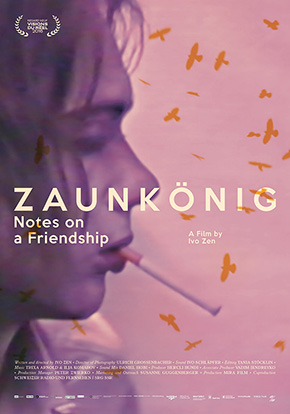 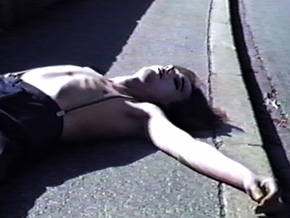