Calabria: A journey in search of one’s roots

Calabria [+see also:
trailer
film profile] by Pierre-François Sauter, one of the six Swiss films (between productions and co-productions) that featured in the international competition at Visions du réel, makes an impression with its at times sublime photography and a pair of charming and sensitive characters. With his latest documentary, Pierre-François Sauter implicitly reflects, with great sensitivity and a healthy dose of humour, on immigration and the feeling of loss of your roots.

Josè, who is Portuguese, and Jovan, a Serbian gypsy, are both employed by a funeral parlour in Lausanne, and are charged with transporting the remains of an immigrant worker to Switzerland (his adopted country) from Italy, and more specifically, Calabria (where he was born and grew up). The two unlikely companions suddenly find themselves united in a common mission: to bring the body of this man who seemingly has no identity or past, back to his homeland. Although they have different backgrounds and come from different cultures, Josè and Jovan share a feeling of loss, with internal compasses that are no longer able to show them the way forward. Switzerland, their country of adoption, becomes the stage for their “new” life, a sort of no man’s land in which they can start over, without turning back.

The latest film by Pierre-François Sauter is an existentialist road movie reminiscent in places of the formal beauty and emotional power of Night Wind by Philippe Garrel. The many head-on shots of the two protagonists sitting in the car, as they timidly reveal the details of their past, give us access, if only partially, to their intimate side. The car is turned into a sort of Freudian sofa on which they lie down and let their subconscious run wild. The landscapes that frame Josè and Jovan’s journey become a sort of geographical and emotional no man’s land in which they free the ghosts of their past. The silences, which are often accompanied by majestic images of snow-covered roads, highways reminiscent of the desert or beaches at night, are more expressive than the dialogue itself.

For the two protagonists (like for many other immigrants) their mother tongue is perhaps their only real tie to their roots, a deep-rooted involuntary reflex that reminds them of a past that is perhaps still too painfully recent. The beautiful photography by Joakim Chardonnens and Pierre-François Sauter is dominated, at the beginning of the film, by light and dark, by scenes filmed in semi-darkness, the reflection perhaps of the inner world of the two characters, precariously balanced between acceptance and struggle. Josè and Jovan resist: their condition as immigrants, the loss of identity, the disappearance of their cultural heritage. Pierre-François Sauter films the pilgrimage of two adrift souls that fight oblivion, in spite of everything. A humanist film in some respects that transforms the simplicity of everyday life into poetry.

Calabria is being sold internationally by Mira Film GmbH and Le Laboratoire Central.

Pierre-François Sauter's Calabria is the big winner at DocLisboa

Calabria: A journey in search of one’s roots 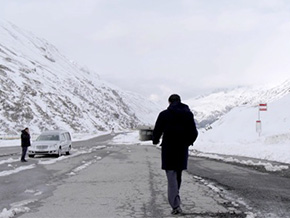 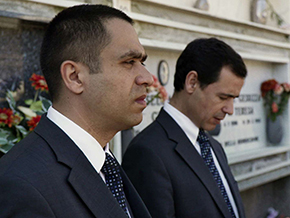 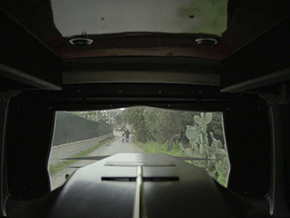 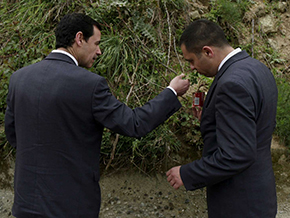 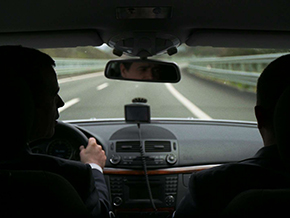