Shadow World: Lifting the lid on what is really behind the global arms trade

27/04/2016 - Johan Grimonprez’s documentary, based on the book by Andrew Feinstein, reveals how the international arms trade fosters corruption, and dictates economic and foreign policies

The US-Danish-Belgian co-production Shadow World [+see also:
trailer
film profile] by Belgian filmmaker and artist Johan Grimonprez (known for Double Take [+see also:
trailer
film profile] and Dial H-I-S-T-O-R-Y) is based on a 2011 book by Andrew Feinstein, The Shadow World: Inside the Global Arms Trade, an investigation that reveals how the international arms trade fosters corruption, dictates economic and foreign policies, and is the reason for a great deal of suffering. The film had its world premiere at this year’s Tribeca Film Festival.

One of the film's opening scenes is the Nobel Prize speech by Barack Obama, and bearing in mind that one of the main topics covered by the documentary is world leaders as salesmen of weapons, the irony is more than obvious. An overview of past and current wars and the wealth they have brought to specific companies leads to the conclusion that war is a business “turning blood into gold”. The documentary sheds light on such dealings taking place "in the shadows", such as the UK–Saudi Arabia $44 billion arms deal during the mid-1980s and the South African arms deal from 1999.

The film's main critique is that America has privatised the ultimate public job, war, and it has artificially created a permanent state of “war on terror”, where the political regime is sustained by fear and thus provides a secure space where the multi-billion-dollar arms trade business can thrive. Throughout the film, quotes by Uruguayan journalist, writer and novelist Eduardo Galeano guide the audience and rail against power and privilege, leading the viewers towards justice and truth, and ending with the thought-provoking sentence: “The 20th century, which was born proclaiming peace and justice, died bathed in blood [...] The 21st century, which also arrived heralding peace and justice, is following in its predecessor’s footsteps.”

The impressive list of high-ranking people in the areas of weapons manufacturing, arms dealing and military leadership who agreed to talk to Grimonprez, also including interviews with reporters and peace activists, and backed up with over 12 years of research and investigation from Feinstein’s book, make the documentary an uncompromising exposure of what is really behind the arms trade business.

The film was produced by Dillywood (US), Louverture Films (US), Final Cut for Real and Onomatopee Films, and is distributed worldwide by Wide House.

Like Crazy has come out on top at the 61st Valladolid Film Festival, also picking up the Audience Award and Best Actress Award for its two leads

Twelve films in competition at the 43rd Film Fest Gent

Shadow World: Lifting the lid on what is really behind the global arms trade

Johan Grimonprez’s documentary, based on the book by Andrew Feinstein, reveals how the international arms trade fosters corruption, and dictates economic and foreign policies 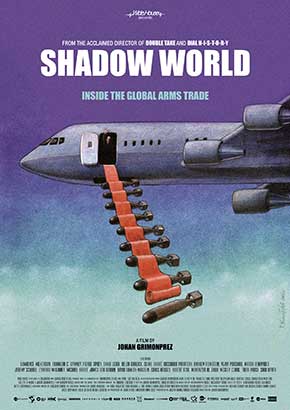 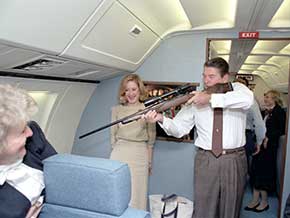