Callback: The terrible flip side of the American dream

28/04/2016 - Carles Torras directs, writes and produces one of the most disconcerting (and interesting) films to have been selected in competition for the 19th Málaga Spanish Film Festival

A Cervantes theatres with audiences glued to their seats, hanging on every image for 83 minutes and then breaking out into spontaneous applause at the end. This is what greeted the strange and disturbing yet alluring nightmare that is Callback [+see also:
trailer
interview: Carles Torras
film profile], the fourth film by Carles Torras and one of the best films to have been selected for the Málaga Film Festival, the 19th edition of which seems to be taking a gamble on alternative and bold authorship.

Callback – which, after having its world premiere at Málaga, will be shown at the D’A in Barcelona (see article) – introduces us to the world and perspective of a character that the camera never leaves. But he’s not handsome and seductive, a likeable loser or an antihero on the path to redemption. No, from the very first shots, and with the raw photography by Juan Sebastián Vasquez, we become the inseparable companions of Larry, who is neither attractive nor ugly, neither likeable nor chatty: he works for a removals company and lives in an apartment near the railway line, fighting his loneliness by selflessly sharing his living space with female travellers, pretty ones if possible.

Because, according to the screenplay, which was written by Torras and his leading actor, Chilean Martín Bacigalupo, we soon discover that our man in Queens tends to display attitudes that are rather… well, shocking. Without revealing too much, let’s just say that he’s the type of guy who does everything he can to adapt to his surrounding environment, to a culture and a world he doesn’t naturally fit into, and that he will stop at nothing to be successful, even though reality will work against him to take things in the opposite direction.

Torras and Bacigalupo (who, via Zabriskie Films, which is also distributing and selling the film abroad, co-produced the film with American company Glass Eye Pix) know what they’re talking about because they met one another and live in New York, a city where – in theory – you can make your dreams come true, but which can also play host to your worst nightmares: many of those who go there are forced to forfeit their identity to try and reach their goals. The alternative is to seek shelter in religions that act as false families, looking out at Manhattan with its rich and famous inhabitants from the suburbs full of migrants, prisoners of modern forms of slavery. But the director of Callback doesn’t overdo it, and nor does he exaggerate or play up these things, instead sketching the city sung about by Frank Sinatra from a critical angle, punctuated by subtle points of black humour; this does not diminish the brutality or nihilism of this strange thriller, which develops into a – recognisable – hell of violence, destruction and insanity.

“I get swept along by my intuition”

"The difficulties to find distribution are a huge problem"

Spanish director and producer Carles Torras, selected as one of the 2019 Producers on the Move, discusses his work for his outfit Zabriskie Films

Small is Biútiful due to showcase six Spanish projects in Paris

The Reconquest emerges victorious at Cinespaña

Maren Ade’s film took home not only the Golden Iris Award, but also Best Screenplay and the RTBF Award

The everything but accommodating film by Carles Torras picked up three of the main awards at a 19th Spanish Film Festival marked by risk and authorship.

Callback: The terrible flip side of the American dream

Carles Torras directs, writes and produces one of the most disconcerting (and interesting) films to have been selected in competition for the 19th Málaga Spanish Film Festival 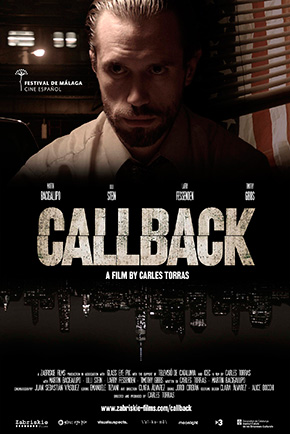 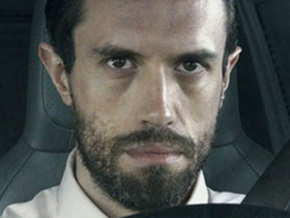