Staying Vertical: When it’s about seeing the wolf (or the snake)…

12/05/2016 - CANNES 2016: By strengthening his ties with nature, Alain Guiraudie pushes even further ahead in his existential exploration of the individual that makes his films so unique and distinct

The half raw, half dreamy existentialist idyll brought to us this year by Alain Guiraudie at the Cannes Film Festival with Staying Vertical [+see also:
trailer
interview: Alain Guiraudie
film profile], this time in competition, undeniably bears his unique signature, recognisable from all others, and not only because of the way in which the ‘vacancy’ that always defines the space and temporality of his stories gives them a shape-shifting and uninhibited sexuality, almost primal – and in this sense surprisingly innocent, despite the many close-ups of the characters’ genitals that the film is strewn with.

Even more so than Stranger by the Lake [+see also:
film review
trailer
interview: Alain Guiraudie
film profile], the film that made a splash in the Un Certain Regard section three years ago and made the filmmaker with a hippie heart from the South-West known to the public, Staying Vertical breaks with society, from its codes (sexual and otherwise) to its calendar (and not only just holiday time either, as the “plot” – which should be understood here in the broadest sense of a free and spontaneous journey – unfolds over at least a year, without us being aware of time passing as it no longer seems important).

For a screenplay he’s working on, in no rush and with increasingly little resources (just enough to fund his wandering thanks to advances from the producer), our hero, Leo (Damien Bonnard), a young travelling filmmaker with a clumsy build and nothing to his name except his car, is trying to find a wolf. In the green meadows of The Causses where he takes his ill-defined project, he meets Marie (India Hair), a shepherdess with two children who lives with her father and invites him to stay with them (although he continues his solitary to-ing and fro-ing between the South and Brest) and bears him a child before abandoning him with the howling infant to go and live in the big city. And so, ‘forced’ to prolong his ‘return’ to nature indefinitely, Leo gracefully shares his solitude with that of his baby’s grandfather, a bad-tempered man but not one devoid of desire, and a malicious monster and lover of young flesh and Pink Floyd whose house is like the doorway to this pastoral world.

The film’s title, Staying Vertical, is borrowed from the first instruction a man who finds himself face to face with a wolf should follow, but is not without sexual connotation. Here, sex is fittingly even freer and without limits that it is in Stranger by the Lake, in which the area of freedom for homosexual holidaymakers is clearly defined. Here, everyone sleeps with everyone indiscriminately of sex, age or family ties, but without perversity either, in a completely natural way. The only close-up shot of genitalia that is actually shocking (and not by any small measure) is, if truth be told, the scene in which the baby’s born, shot like an awful rip that is referred back to later on, with a strange gentleness in its transgression, with the scene of death in full swing that makes the headlines of the local press – a change in perspective on what is natural or not, which lies at the heart of the singular genius of this film and the way it cleverly questions the notion of ‘return’.

Nonetheless, it is through these sexual escapades, the nonchalance of which mimics that of Leo’s spontaneous wanderings, that another pattern emerges, the other side of the solitude of each of the characters: a certain definition of individual freedom, a definition that is both modern (with the motifs of the independent mother, the single father, euthanasia, etc.) and from another time.

Wild Bunch is handling international sales of the film.

"A film about meeting the Other"

CANNES 2016: Interview with Alain Guiraudie, who teased out some of the many threads of interpretation of Staying Vertical, which is being shown in competition

The upcoming films by Julia Ducournau, Alain Guiraudie and Lav Diaz will also be co-produced by the Franco-German channel 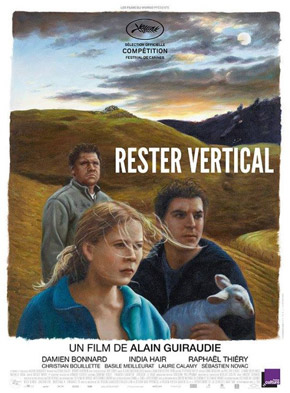 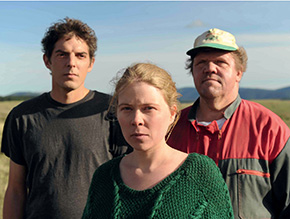 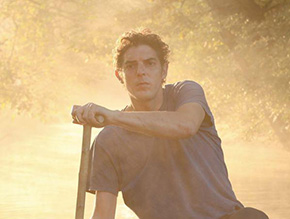 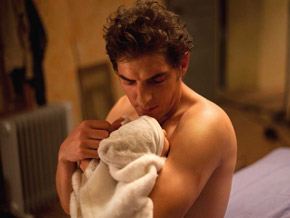 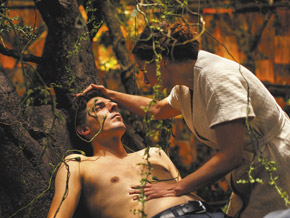 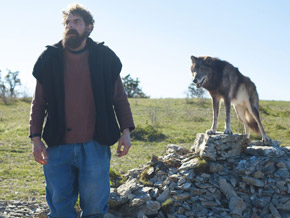 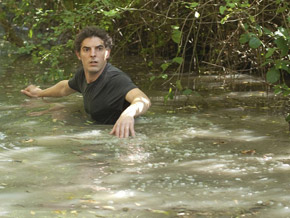 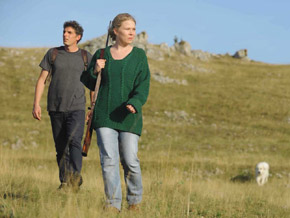