Chouf: "I live wherever I can buy my fix"

15/05/2016 - CANNES 2016: Through a fanciful fiction, Karim Dridi sketches out a realistic observation of a state of social emergency in a council estate plagued by drug trafficking

"They spy on us, hassle us, shoot us down, kill us, insult us – they want our heads." A litany spoken against a black background, and then we get down to business with an introduction set to the rap song "Quartier maître" by Casey, featuring sped-up shots of the many lookouts that form part of the drug-trafficking set-up in the middle of a council estate in Marseille. With Chouf [+see also:
trailer
film profile], revealed as an official selection special screening at the 69th Cannes Film Festival, and the final instalment in his trilogy on the southern French city, which began with Bye-Bye (1995) and continued with Khamsa [+see also:
trailer
film profile] (2008), Karim Dridi looks at the very epicentre of a local social reality that has been ringing out in the national press for several years, like a burst of Kalashnikov shots settling scores, with all due respect to the city's councillors, who protest in vain about the truth being distorted.

Always very much at ease with young actors, and sufficiently well implanted in the edgy neighbourhoods to be able to portray daily life there without distorting it any more than is required by the fanciful angle and the air of ancient tragedy with which he has chosen to tackle the subject matter, the director manages to get his message across about social determinism on the estate, and indeed in the whole ghetto, which it is nigh-on impossible to escape from. And this is the case for the main character, Sofiane (Sofian Khammes), a student at a business school in Lyon, who has come back for a few days to visit his family, in the heart of a neighbourhood where his big brother, Slimane, is mixed up in the hash-dealing business. Doing the rounds to see his childhood friends, all of whom are now involved in dealing drugs, Sofiane (who was also once a respected delinquent in his youth) is kindly asked not to ask any questions, and to "not hang around too long". But the weapons – those light machine guns that gangbangers try out just for the hell of it in the nearby waste grounds – soon start to do the talking, and Slimane is murdered. Riddled with guilt for not having reacted, while rumours start to throw up a suspect, a rival trafficker, Sofiane decides not to head back to Lyon and instead begins to hassle his brother's gang, headed up by the hulking Reda (Foued Nabba), an ex-con, in the hopes that they will avenge the death. Initially discouraged, he ends up winning them over, but soon realises that "once you've started, there's no going back"...

Painting a fairly accurate portrait of these untamed youths who rule the roost but who are also prisoners to their housing estates and ghettos, and of families that sometimes find themselves dependent on money from the black economy or find it hard to extol the virtues of the "right track" when they are faced with a situation of dire poverty, Chouf (sold internationally by Doc & Film International) draws on the classic elements of the genre, with its prevailing atmosphere of paranoia, its settling of scores high up above the rocky inlets on the coast, its gear deliveries and its logistics. But Karim Dridi keeps a watchful eye over his characters, focusing his gaze more on friendship and solidarity in these neighbourhoods than on the doom and gloom with which this world is sometimes portrayed. Because while there may be a shared tragedy at play here, there is also an individual one taking hold, as even a talented person capable of breaking through the bounds of his social determinism is inexorably sucked back into the toxic vortex of his background.

The Black Spot actress will be flanked by Sofiane Khammes among the cast of Just Philippot’s feature debut, a Capricci and The Jokers production that is being sold by Wild Bunch

Gustave Kervern, India Hair and Ellen Dorrit Petersen star in the cast. A Commes des Cinémas and Tarantula production to be sold by Indie Sales

End of shooting in sight for Losing It

Karim Leklou, Isabelle Adjani, Vincent Cassel and Oulaya Amamra are among the cast of the filmmaker’s second feature, which is being produced by Iconoclast Films

Doc & Film International makes an assured return to the EFM

The 22nd MedFilm Festival gets under way in Rome

Unspooling from tonight until 12 November, the gathering will open with Brooks, Meadows and Lovely Faces by Yousry Nasrallah; the guests of honour will be Iran and Tunisia 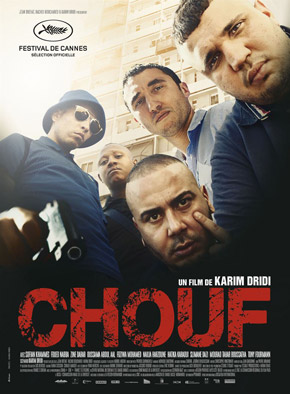 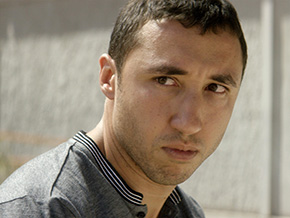 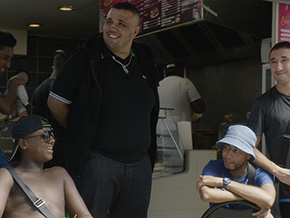 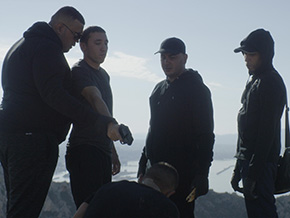 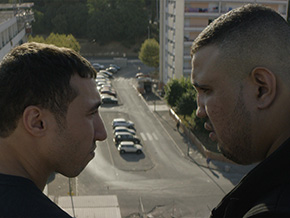