Clash: "An eye for an eye and a bullet for a bullet"

13/05/2016 - CANNES 2016: Egypt’s Mohamed Diab has made a hard-hitting film, co-produced by France, about a microcosm in which prisoners are being held captive in the midst of post-revolution chaos

One place: the inside of a police van. One time, during a highly charged period for Egypt: a day among the many that followed the army’s ousting of President Morsi, the leader of the Muslim Brotherhood, which had risen to power in 2012, one year after the revolution that had put an end to Mubarak’s lengthy regime. This setting, at once very simple physically speaking and immense on a political level, and one that is certainly stylistically challenging in terms of cinematography (as the camera does not leave the van’s 8m2 area for one second), was the environment that Egyptian filmmaker Mohamed Diab chose for his second feature, Clash [+see also:
trailer
film profile], which opened the Un Certain Regard selection of the 69th Cannes Film Festival in extremely energetic fashion.

Unfolding from a well-oiled screenplay (which the director wrote with his brother Khaleb), the movie ferociously gets stuck right into the heart of the topic with the arrest of two Associated Press reporters (one of whom is Egyptian-American) who are covering the genuine civil war flaring up in the streets of Cairo, with Muslim Brotherhood demonstrators decrying the military coup d’état and counterdemonstrators parading their support for the army, while the riot police attempt to extricate themselves from the middle of the disorder, the barrages of stones, and even the gunshots. In this apocalyptic atmosphere, the van gradually starts to fill up with supporters from both sides, who take it in turns to fight and then lend each other their solidarity because of their imprisonment in the scorching heat, forced to endure situations that are perilous for one and all. Indeed, the vehicle is unable to take them to any of the prisons, as they are all full up! The rest of the day – plus part of the following night – pass by in much the same way: this small, 20-strong group of captives – which includes a couple with a ten-year-old child and a teenage girl of around 14 wearing a veil, who is with her elderly father – moves in fits and starts, with hopes of getting themselves out of this mess (one of the detainees has managed to keep hold of his mobile phone). There will be differences of opinions and ideologies, fears, injuries, and human reconciliations (until the next excuse for an altercation). This multitude of characters are split into two camps, but at one point (before they start arguing once again), they end up reminiscing about the time when the revolution took place ("Those were the days!"), when they were at least fighting for a common cause.

Diab reconstructs with extreme intensity the violence in the streets, which we glimpse through the back door, the grills over the side windows and the pane of glass that separates the prisoners from the front section of the vehicle. He skilfully endeavours to paint a portrait of his country and the elements that make it up by making the most of the various characters that fate has thrown together in this closed space, and who react to the events shaking the outside world to its core. Because what really makes all the difference is the director’s sense of vigour, as his camera finds a range of solutions to immerse his protagonists, and the viewer, in the surrounding pandemonium, which is so all-enveloping that people can easily mistake friends for enemies.

Co-produced by France via Sampek Productions and Arte France Cinéma, and with backing from the CNC, via World Cinema Support, Clash will be distributed in France and is being sold abroad by Pyramide.

The firm’s line-up boasts 13 films, including four new, forthcoming titles, plus the Sundance winner Yalda, a Night for Forgiveness and Sow the Wind in the selection

“We’re helping to give a great image of the country, and it just needs to be communicated”

We sat down with Egypt’s Mohamed Hefzy, a big name in the world of production who is currently helming his first-ever Cairo Film Festival

“Europe must open up to Arab cinema”

Cineuropa met up with producer Daniel Ziskind at the Cairo Film Festival, giving us an opportunity to discover a booming market

Call for projects for ACM Distribution

ACM Distribution will support the distribution of five international co-productions

Neruda, Clash, Tramontane, Madame B and Tadmor, selected by the scheme

Clash comes out on top at the 14th Zagreb Film Festival

The programme of the 16th Brussels Mediterranean Film Festival revealed 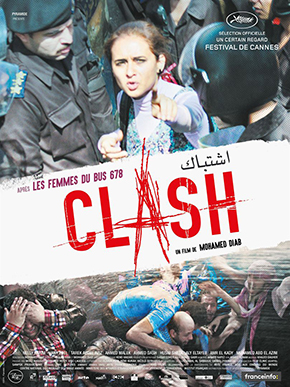 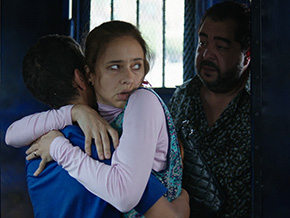 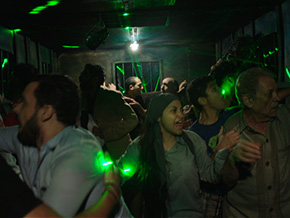 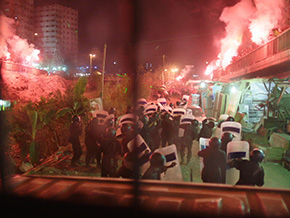 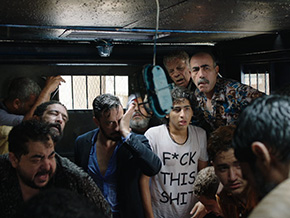 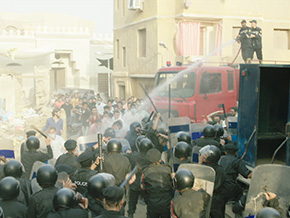 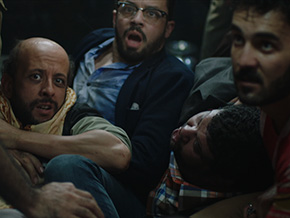