Aquarius: The flame of resistance

Saïd Ben Saïd, a Parisian producer who is particularly fond of the world’s great auteurs, and his company SBS have both demonstrated a laudable degree of intuition and boldness by linking up with Brazilian filmmaker Kleber Mendonça Filho. Indeed, with Aquarius [+see also:
trailer
film profile], which is vying for the Palme d'Or at the Cannes Film Festival, the former critic, who turned heads with his directorial feature debut, Neighbouring Sounds, has unveiled a film that is simultaneously extraordinarily rich, charming, intelligent, profound and airy. It is a splendid chronicle about the passing of time, as it paints a subtle and multidimensional portrait of a charismatic woman blessed with a fighting spirit (played flawlessly by Sonia Braga); but the movie also establishes a hard-hitting picture of the tailspin that Brazil’s unequal society has entered, where predatory wheeler-dealers, masked by a veneer of a decent education, make good progress, and more broadly speaking, the film reflects a modern world that throws up the crucial question of defining what “quality of life” actually is. And to top it all off, it boasts a superb, flowing mise-en-scène, which serves to enhance a plot underpinned by an ingenious narrative structure with, among a plethora of other qualities, a huge jump cut that really stokes the imagination. Last of all, the setting of Recife, the filmmaker’s hometown, with its long beaches and the sea stretching out to the horizon, just in front of the Aquarius apartment building – where the main character, Clara, has always lived – gently cradles the realism of this sweet-smelling film, nestled in a captivating and relaxed musical atmosphere.

And yet, for Clara, life is actually a struggle. We are introduced to her in the first of the three parts that make up Aquarius, an ensemble prologue set during an evening in 1980, which gets under way with a pair of car headlights piercing the darkness and highlighting the curves of the sand, before its occupants start listening to Another One Bites the Dust at full blast and join a family party to celebrate Aunt Lucia’s birthday (a woman whose fairly unusual life journey through the academic world of law and literature also saw her end up in jail in the 1960s). At the party, every generation mingles quite naturally (as will be the case during the entire movie), and we learn that Clara, Lucia’s niece, has just won her fight against a very serious illness, which explains her short haircut and the title of the first chapter – namely, "Clara’s hair". What ensues is a spectacular ellipsis, and there we are again, back in the same place, but in the present day, with Clara now a sixty-something. Her life consists of dips in the ocean, tai chi, dancing on her own, group laughter therapy on the beach, lying in a hammock on the balcony, night-clubbing with her old girlfriends, family gatherings, caring for the little people – and above all, the now-retired music critic constantly picks out songs from her enormous LP collection. But little by little, a new and unexpected noose starts to tighten around the widow’s neck, despite the fact that she is popular with one and all, the real life of the party, with a sunny disposition and a tenacious character to boot. Refusing outright to sell her property (out of sheer love for the place, as she doesn’t have any financial woes) to a group of real-estate developers who have acquired – and gutted – the rest of her block of flats, Clara (who also faces the myriad problems of a woman of her age) will put up her best fight against some initially cunning and underhand attacks, which later morph into vicious psychological warfare, and that’s just for starters...

Through Aquarius’ dreams and reminiscing, its wanderings and communication, its delicately balanced tension teetering on the edge of dramatic art, and the subtlety of its sociological portrait, Kleber Mendonça Filho has created a spellbinding atmosphere in the patient yet pugnacious wake of his heroine. The movie's immensely heartwarming charm, the broad range of the themes addressed, the precision and the laid-back, very personal rhythm are clearly the work of a voice whose message "in a bottle" has washed up on the Croisette on an enthralling and life-affirming swell.

“We wanted to make a kick-ass western adventure”

CANNES 2019: Cineuropa met up with Kleber Mendonça Filho and Juliano Dornelles, the directors of Bacurau, a film that defies any easy categorisation

SBS steams towards Cannes with Frankie and Bacurau in tow

The French company has produced and is now selling Ira Sachs’ film, as well as that by Kleber Mendonça Filho and Juliano Dornelles, with both works in the running for the Palme d’Or

Now that Nadav Lapid’s film has snagged the Golden Bear at Berlin, the French production outfit has successfully transformed its high-end editorial policy into a top-notch trophy

The Dutch director is about to wrap the Italian leg of his shoot; Virginie Efira, Daphné Patakia, Charlotte Rampling, Lambert Wilson are among the cast of this SBS production being sold by Pathé

A Ilha dos Cães: Dog days are not over

SBS International gears up to head to the Croisette 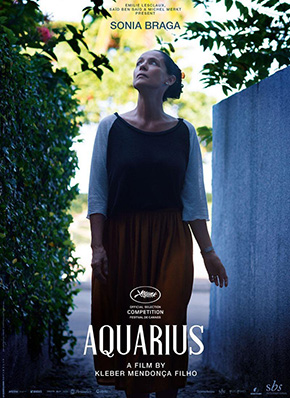 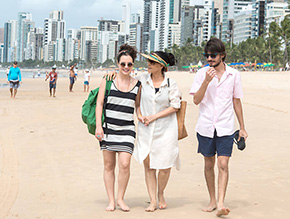 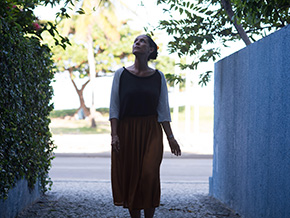