The Stopover: Flag-bearers under fire

18/05/2016 - CANNES 2016: Delphine and Muriel Coulin bring us an original feminist film on the deep-rooted psychological problems caused by war

Ariane Labed and Soko in The Stopover

"What happened over there stays over there, what is said here stays here". ‘Over there’ refers to the operating theatre that is Afghanistan, where a naval infantry unit of the French Army has just spent six months. ‘Here’ refers to a five-star resort in Cyprus, a place used for decompression and debriefing to avoid sending soldiers back home disturbed by the psychological after-effects of war. Every inch of the place is explored by directors Delphine and Muriel Coulin in Franco-Greek co-production The Stopover [+see also:
trailer
interview: Delphine and Muriel Coulin
film profile], which they presented in the Un Certain Regard section of this year’s 69th Cannes Film Festival, bringing us a highly original approach to the subject of post-traumatic stress, thanks to the two protagonists being female soldiers (played by the very credible Ariane Labed and Soko) and the way in which episodes that have created psychological scars (which are carefully concealed by the marines in the proud testosterone-dominated environment of the armed forces) are reconstructed using a simulator and virtual reality therapy. It brings oppressive memories and secrets out of the women, which the two filmmakers use to put the role of these standard-bearers, who are made into defenders of European democracy by higher powers, a vast and dog-eared concept far removed from the individual and very down-to-earth reality of the soldiers themselves, into perspective.

"It’s nice to be able to drive along without worrying that you’re going to be blown up" notes Aurore (Labed) in the bus taking the troop to the Atrium Prestige, a high-end establishment where the arrival of soldiers, in their fatigues and with their kit, seems totally unreal and out of place among the swimming pools and dancing bikini-clad holidaymakers. "It’s like Disneyland!" says Marine, going one further. The two girls have known each other since they were children growing up in the garrison town of Lorient, enlisting for “a secure job, the money from which they could use to, as they say, travel around.” Two dissimilar characters (one more optimistic and forthcoming, the other wilder but disciplined) who have succeeded in making a place for themselves in an ultra-masculine world, in which weakness is associated with femininity ("we’re not cry-babies", "we’re not little girls"). But all of them have been through the same baptism of fire, the effects of which they bury deep inside: horrific visions and the guilt of still being alive or having failed to react, and one deadly episode in particular which the debriefing brings to the surface…

By accurately portraying the everyday reality of being in the military and the military state of mind, The Stopover is impressive, above all in the scenes in which (with the support of psychologists) patrols gone wrong are revisited and ‘confessed’ to. Episodes materialise before our eyes through animations showing us scores of shocking details that have led, among other things, to the loss of feeling in one arm, recurring nightmares, uncontrolled aggression, the temptation to self-harm, interpersonal problems, and even the desire to make new enemies. Mental fractures are emphasised by the situation of Cyprus, an island split into two by the conflict between Greece and Turkey, and the many characters who are broken, lost or hardened to the point of unreason that allow the film to ask questions, whilst avoiding the pitfalls of overly emphatic ideological bias, about the offer of recruitment, with soldiers sometimes sacrificed in the line of duty, for just €1300 per month.

The Stopover is being sold internationally by Films Distribution.

more about: The Stopover

CANNES 2016: Delphine and Muriel Coulin tell Cineuropa about the astonishing origins of The Stopover, which was presented in the Un Certain Regard selection

The director’s debut feature-length fiction film stars Damien Bonnard, Alexis Manenti and Djibril Zonga, is being produced by SRAB Films, and will be sold by Wild Bunch

Tahar Rahim and Stacy Martin topline the filmmaker’s feature debut, which is being produced by The Film and will be sold by Playtime 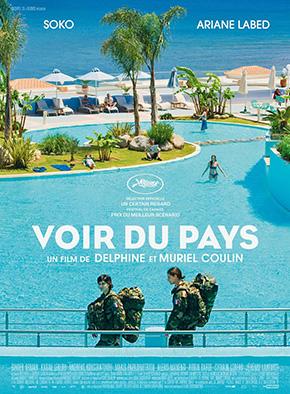 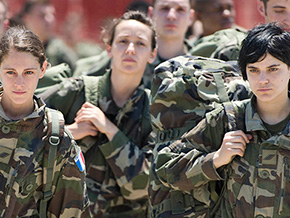 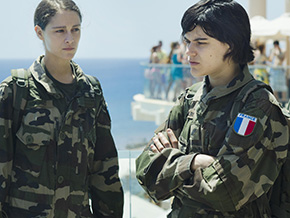 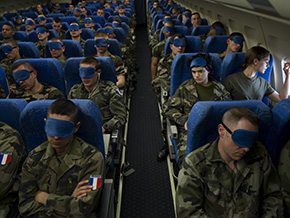 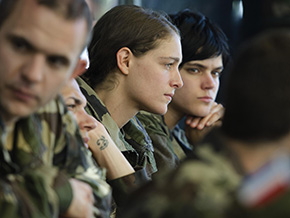 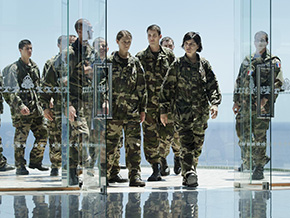 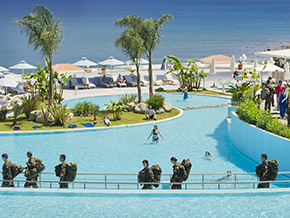 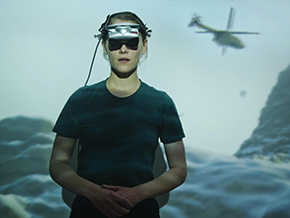