The Unknown Girl: The road to recovery

18/05/2016 - CANNES 2016: The Dardenne brothers bring us a new and extremely astute social parable on the theme of individual responsibility

Adèle Haenel and Olivier Bonnaud in The Unknown Girl

Among the select few filmmakers to have won the Palme d’Or twice, having also bagged a Grand Prix, a screenplay award and, by proxy, two awards for best actress at past editions of Cannes, Belgian brothers Jean-Pierre and Luc Dardenne have nothing left to prove to the film industry, and could very well afford to rest on their laurels. But that’s not how they do things in Liège and, without ever deviating from their deep-rooted identity as contemporary heirs of neo-realism, the pair are still looking to perfect the sobriety of deploying a narrative with total control over every element. To paraphrase the (big-hearted) young female doctor at the centre of their latest opus, The Unknown Girl [+see also:
trailer
Q&A: Jean-Pierre and Luc Dardenne
film profile], which was shown in competition at the 69th Cannes Film Festival, "to make an accurate diagnosis, you have to suppress your emotions." And if the familiar greyish look and humanist parable focusing on the individual through one of the brothers’ favourite topics, individual responsibility and its impact on a wider scale, wrongfully make you think that the Dardenne brothers are treading water at high altitude, their new film on the contrary demonstrates acquired finesse in the invisibility of the film’s mechanisms that interlock in total keeping with the pace of the story and the authenticity of the characters. A process of osmosis that allows the directors to get a very human and precise lay of the land of a world suffering from a dangerous infection of the soul, which could prove fatal if left untreated. And who better to present this x-ray, the layers of interpretation in which are offered freely to the viewer, than a general practitioner who must decide whether to simply content herself with staying in her place with its well-defined role, or step over the line to appease her conscience and encourage others to change theirs.

"I can’t come to terms with the idea that she’ll be buried without anyone knowing her name. If I’d opened the door, she’d still be alive like me". Just as she’s about to finish three months of standing in for someone at a surgery in Seraing, before going back to the Kennedy centre (and progressing in her career), Dr. Jenny Davin (Adèle Haenel, who fits into the contained world of the Dardenne brothers with great ease) becomes obsessed with the CCTV image of a young African woman who she didn’t open the door to as consultations had finished an hour beforehand and she was trying to maintain her role as the more experienced practitioner teaching a young emotional intern the rules on the distance required for the job. A fleeting decision that takes on a very personal dimension when the body of the unknown girl is found the next morning just opposite the surgery, on the other side of the dual carriageway by the river Meuse. When she is questioned by the police, who are trying to identify the dead woman, Jenny is riddled with guilt, and throws herself into a solo investigation, triggered by a lead from a patient, a teenager. An intuitive quest that leaves her groping around in the dark and sees her come up against hostility, denial and unease, although this doesn’t stop her from striving to break the silence and try to free the truth…

By emphasising the everyday life of this young caregiver who’s completely dedicated to her job, travelling around town day and night (at the mercy of home visits and emergencies) and playing the card of doctor-patient confidentiality to gain people’s trust, the Dardenne brothers sketch out a picture of a break-down in communication (a jerky form of communication characterised by the incessant ringing of doorbells and telephones, or completely blocked out when fear and the instinctive desire for safety undermine bonds of trust), prescribing adults a remedy to their internal suffering caused by the bottling up of their shame: treat with reality. As children see everything, and pain, once identified, can only be eased with healing acts that require the active participation of the ill. "Why should I screw up my life if she’s already dead?" asks one man. Because, replies Jenny, "if she were dead, she wouldn’t be on our minds."

The Unknown Girl is being sold internationally by Wild Bunch.

more about: The Unknown Girl

"She could worm her way out of it, but she doesn’t"

CANNES 2016: Jean-Pierre and Luc Dardenne decipher the subtle The Unknown Girl, starring Adèle Haenel, which is being shown in competition

Review: What You Gonna Do When the World’s on Fire?

VENICE 2018: Roberto Minervini's new film about racial division in the United States is an authentic and well-observed documentary

A serious drop in admissions to Belgian theatres in 2016 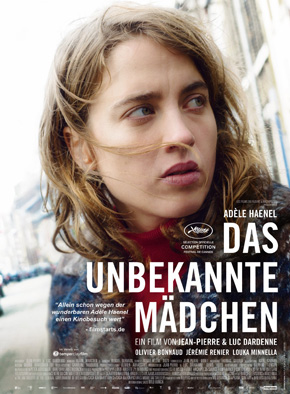 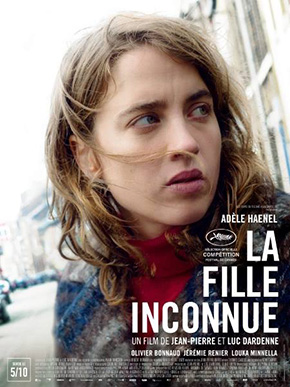 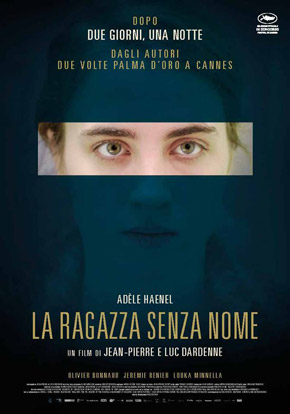 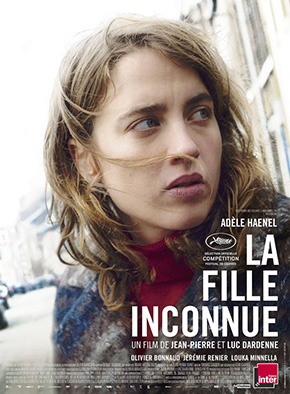 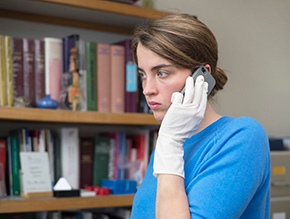 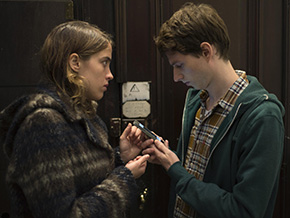