Teodor Corban and Laurenţiu Bănescu in 6.9 on the Richter Scale

Despite their numerous awards at the most prestigious film festivals around the world, Romanian movies have to face the indifference of local cinemagoers, whose attraction to escapist Hollywood features has almost never wavered. Things may change, however, with the release of Nae Caranfil’s comedy 6.9 on the Richter Scale [+see also:
trailer
interview: Nae Caranfil
film profile], which was received with great enthusiasm last Friday as the opening film of the Transilvania International Film Festival (27 May–5 June, Cluj-Napoca).

Even if the critics deem the movie one of the lesser works by Caranfil, Romania’s most important director unrelated to the so-called New Wave led by Cristi Puiu and Cristian Mungiu, Richter has proven it can charm the audience and may become what the local cinema lacks most: a significant and definitive box-office success. Caranfil, who was behind Philanthropy (2002), probably the most-quoted popular film of the last few decades, goes back to the style of his amusing, light-hearted, endearing first features, determined to scoop the audience up with one hand and make them double up with laughter with the other.

The musical comedy centres around Tony (Laurenţiu Bănescu, in his debut as a main character), a young actor whose life looks set to face more obstacles than he would have liked: he plays the main part in a musical stage play and has just moved into a new flat with his wife, Kitty (Maria Obretin). Tony will soon find out that the building is considered dangerous should there be an earthquake, which will exacerbate his already acute seismophobia. To further complicate matters, Edi (Teodor Corban in a change of direction after his brooding main character in One Floor Below [+see also:
film review
trailer
interview: Radu Muntean
film profile]), the father who left when Tony was only five, now wants to reconnect with his son.

A specialist in investigating the Romanians’ penchant for easy solutions, Caranfil (also the screenwriter of this work) uses the familiar tropes from local comedies and weaves them into a generous whole that may captivate audiences in need of a fresh, colourful ambiance in the cinemas. Noisy neighbours, shady deals, funny co-workers, extra-marital affairs and quid pro quos will get their chance to amuse the audience, over almost two hours of moments that range from relevant and endearing to raunchy and even lowbrow.

Richter is a comedy apt for many tastes, and bearing in mind Caranfil’s career (his two most recent films were The Rest Is Silence [+see also:
trailer
film profile], a biopic of Grigore Brezeanu, the director of 1912’s The Romanian Independence, the first Romanian feature ever released, and Closer to the Moon [+see also:
trailer
film profile], an unfortunately deeply flawed communist-era heist movie/biopic starring big names from Hollywood), it comes with a significant boost in energy, and a significant decrease in scope and ambition. Richter is to Caranfil’s filmography exactly what I’m So Excited [+see also:
film review
trailer
film profile] (another TIFF opener) was to Pedro Almodóvar’s. But for all its shortcomings, Richter also confirms the director’s position as the most prodigious anti-minimalist local talent.

Given the influence and fame of producer Cristian Mungiu, Richter may show up in the selections of several film festivals, but it is designed to appeal to the general public, especially the Romanian public and specifically, given its somewhat misogynistic approach to matters of the heart, the male Romanian public. With a release set for the autumn, production company Mobra Films will have to wait a few months before it can verify whether this exuberant experiment has had the desired effect.

more about: 6.9 on the Richter Scale

"Every generation invents its own idiots"

Romanian director Nae Caranfil chats to us about 6.9 on the Richter Scale, his fresh comedy touching on the ever-thorny topic of political correctness

We chatted to Transilvania IFF artistic director Mihai Chirilov about this year’s rather nostalgic edition, the perils of political correctness and the ever-changing appeal of new technologies

The year ended with a total of circa 13.8 million admissions in local cinemas

One Step Behind the Seraphim dominates the Romanian Gopo Awards

The most popular domestic release was Nae Caranfil's 6.9 on the Richter Scale

A great season for domestic releases in Romania

Fewer but more diverse films may increase the season’s earnings

A 9% increase in attendance levels at the Transilvania IFF 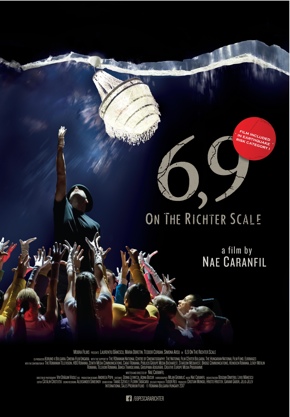 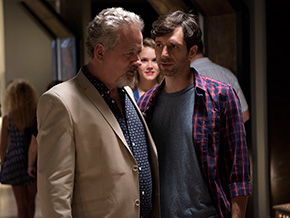 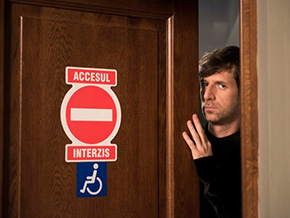