09/06/2016 - This graduation film by four young Catalan directors shines with its originality, naturalness, and the way it paints a faithful portrayal of the bitter transition into adulthood and the side effects

Not since documentary The Creator of the Jungle [+see also:
film review
film profile] – the captivating protagonist of which passed away a few days ago – by Jordi Morató, have we enjoyed a graduation film in Spain as much as Las amigas de Ágata [+see also:
trailer
film profile], a fictional film by first-time directors Laia Alabart, Alba Cros, Laura Rius and Marta Verheyen, graduates in Media at Pompeu Fabra University in Barcelona. Like Morató, who also graduated from the University, Las amigas… had support (in the form of tutors and screenplay supervisors) from filmmakers and professors of the likes of Isaki Lacuesta and Elías León Siminiani, and critic Gonzalo de Lucas. The film has also picked up a nice little collection of awards so far: the Audience Award at the D’A 2015 (see article), the Abycine Indie Award, and the Young Jury Best Film award and a Jury Special Mention at the REC (Tarragona International Film Festival).

The film stars Elena Martín, Victòria Serra, Marta Cañas and Carla Linares, who didn’t know one another before working on the film, and were brought together by the directors/screenwriters/editors/directors of photography to form a group of friends who live everyday lives, going to parties, talking to boys, and going to one of the girls’ parents’ house in the Costa Brava at the weekend. The experiences and impressions of the actresses themselves fuelled the plot, which gives us an overwhelmingly natural, spontaneous and melancholic glimpse into how such groups, which can crumble in a few necessary stages of life, function.

Las amigas de Ágata is filmed with a simplicity that makes it feel like a documentary, which is why we can sense that behind the actions of these girls – their first – thoughtful – plans and their apparently trivial conversations, lies a ticking time bomb that will inevitably explode at the end of the film’s 70-minute duration. The viewer empathises with the characters immediately, as it’s easy to identify with those childhood friendships that we ourselves will never get back; it takes us back to those glimmers of personality that engulf us as we grow, colliding with many of the ideas that we thought unquestionable and eternal.

Las amigas de Ágata plunges us into the once-in-a-lifetime experience of the transition into adulthood, with its mix of innocence and rebellion and first loves, a time when we’re forging the identity and personality that make us all different, independent, and sometimes isolate us. In fact, adults don’t appear in the shots of this film and, in a scene in which the protagonist enters her home, the screen divides into two, symbolising the dichotomy that is starting to cause her internal anguish.

Produced in a cooperative, made with funding from the university and distributed by Avalon, Las amigas de Ágata is confirmation that film schools and media faculties are still exciting hotbeds of activity for this highly personal style of Spanish film, which is about to land.

Leticia Dolera writes, directs and stars in eight lively episodes that bring us up close and personal with three women in crisis, in all their unfiltered, delusional and conflicted glory

Filmadrid gears up for an intrepid fifth edition

Between 6 and 15 June, the Spanish capital will host this international gathering that continues to invest in the most avant-garde, gutsy and radical filmmakers, come what may

"Proud To Be Indie": RIFF returns to Rome with 25 world premieres and 10 European premieres

Rome Independent Film Festival is due to celebrate its 17th edition from 16 to 23 November, with focuses on Albania, Spain and LGBT issues

"We used our imaginations to secure resources we didn’t have"

Elena Martín, an actress in Las amigas de Ágata, has now made her debut as a director with Júlia ist, or rather the story of an Erasmus experience in Berlin that will change your life

Elena Martín succeeds in combining original subject matter with narrative strength in her directorial debut, in which she talks about essential steps forward… and perhaps backwards

The seventh edition of D’A gets going in Barcelona 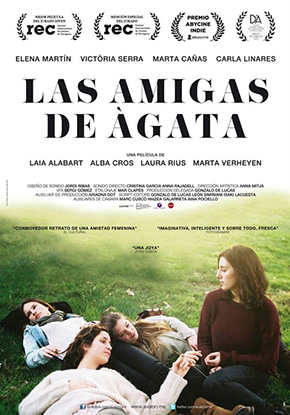 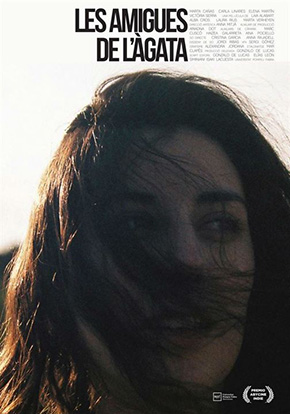 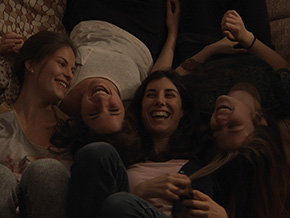 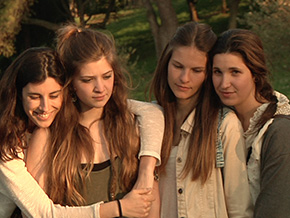