Dead Uncle: When a jaguar changes your life

09/06/2016 - The directorial debut by writer-screenwriter Antonio Manzini is an on-the-road comedy with elements of the surreal starring Libero De Rienzo and Pietro Sermonti; it hits Italian theatres on 9 June

As if in an imaginary spin-off of I Can Quit Whenever I Want [+see also:
film review
trailer
interview: Sydney Sibilia
film profile], Libero De Rienzo and Pietro Sermonti step back into the roles of unemployed 30-year-olds looking to turn their lives around in the directorial debut by Antonio Manzini, who is already an established writer (of a series of successful crime novels), screenwriter (As God Commands [+see also:
trailer
film profile]) and actor. But whereas in Sydney Sibilia’s rousing debut, the two actors play two brainy university researchers who, together with the rest of their gang, take up drug trafficking, here the IQ of the protagonists drops right down, along with the sophistication of the jokes, the scenarios and the plot.

This anarchic on-the-road comedy, which is slightly off-colour and at times surreal, is also about drugs. (De Rienzo) and Palletta (Sermonti) are two 30 year-olds without any real qualities to offer: the former is convinced that it’s useless to study and knuckle down in life, you might as well wait for fortune to smile on you; the latter, who is meeker in nature, makes do with the €600 he earns per month as a mechanic, but wouldn’t mind opening his own garage one day. The pair luck out with a shipment of cocaine that needs delivering to Liechtenstein. One infallible way of not getting caught at the border – they say – is to cover the shipment with jaguar urine. And so they set off to Apulia, land of safari zoos, in search of the animal and its ‘precious’ fluids. But of course, things don’t go to plan. From the grey city to the sun-drenched countryside, the film changes colour and the landscape is transformed into a sort of ruthless, lawless Wild West, where the two protagonists met the strangest people, such as Alfredo the freak (played by comic Rocco Ciarmoli) and his human cannonball wife, or the man who runs a fearsome mafia clan (also featuring Margherita Vicario and Giselda Volodi) and owns the very thing that our two protagonists are spasmodically seeking: a jaguar.

“A corsair-style film”, is how the director defines it, “because it was developed on the speed and agility, like the ships of pirates”. A road movie that “address the crisis, in which the protagonists live without hope for the future”, in which the dialogues “always and exclusively revolve around the difficulties of being human, the absence of spiritual values, the impossibility of building human and social relationships with any emotion. Their words, like their actions, don’t amount to anything. They’re treading water”. Just like the viewer treads water, seeking consistency and credibility that is often lacking in the screenplay – although De Rienzo is at ease, as always, in the role of a disillusioned loafer, as Sermonti is in that of the likeable dimwit – and waiting for the turning point for the film to really take off.

The initiative, now in its sixth year, re-launches a selection of quality Italian titles penalised by distribution, to promote and distribute them right across Italy

Dead Uncle: When a jaguar changes your life

The directorial debut by writer-screenwriter Antonio Manzini is an on-the-road comedy with elements of the surreal starring Libero De Rienzo and Pietro Sermonti; it hits Italian theatres on 9 June

The forever energetic director and actor will be shooting over six weeks in Basilicata. New sets also for Vincenzo Marra and newcomer Antonio Manzini

New productions for the Apulia FC and Trentino FC

La scelta by Michele Placido among the films supported by the Apulia fund. As for Trentino, three projects for cinema and television and four documentaries 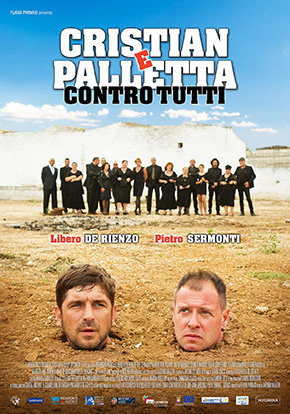 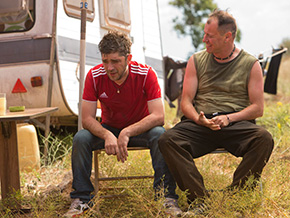 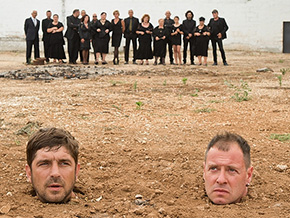 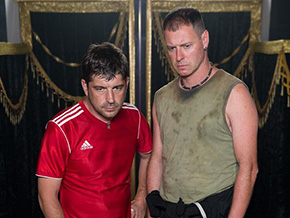