The 19th Shanghai International Film Festival draws to a close

21/06/2016 - European productions such as Vito Palmieri’s See You in Texas, Antti Jokinen’s Flowers of Evil and more took home awards from the Chinese A-list festival 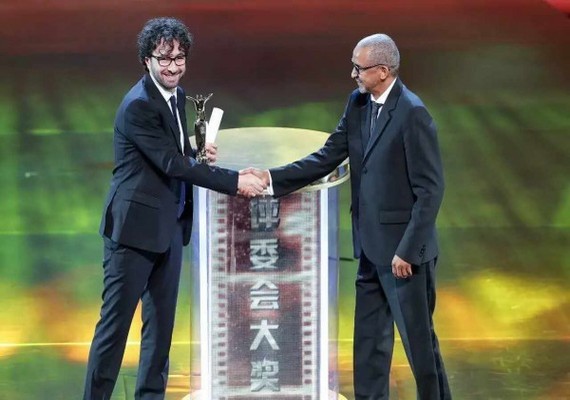 The Shanghai International Film Festival (SIFF) concluded on 19 June, with awards being handed out at the ceremony held in the Shanghai Grand Theatre. The nine-day festival screened nearly 600 films, attracted more than 300,000 viewers and created a new box-office record of approximately €2.6 million – the highest yet for the festival.

The Golden Goblet Award for Best Feature Film went to the Chinese film De Lan, directed by Liu Jie, who has already won several prizes at the SIFF in the past, including Best Director and the Jury Grand Prix for Biluo xue shan in 2010, and Best Feature Film for Qing Chun Pai in 2012. The other two Chinese films in the main competition both won awards as well: Liu Ye won Best Actor for his performance in Cao Baoping’s Cock and Bull, and Guo Daming won Best Cinematography for his work on Zhang Yang’s Soul on a String.

Other winners at the SIFF included Naomi Fujiyama, awarded Best Actress for her performance in the Japanese film The Projects by Junji Sakamoto, Filipino film Haze by Ralston Jover, which received the Award for Outstanding Artistic Achievements, and the Peruvian production When Two Worlds Collide by Heidi Brandenburg and Mathew Orzel, which snagged Best Documentary Film.

Here is the complete list of the winners of the Golden Goblet Awards: