The Carer: An outstanding Brian Cox in the role of his life

27/06/2016 - The Scottish actor is exceptionally funny as he takes on the bittersweet role of an ailing, retired Shakespearean actor

Brian Cox and Coco König in The Carer

Late writer Gilbert Adair (The Dreamers [+see also:
trailer
interview: Bernardo Bertolucci
film profile]) contributed to drafting the story of Sir Michael Gifford (Brian Cox), a retired Shakespearean actor impaired by a degenerative form of Parkinson’s that has caused him to hide away on his country estate in an attempt to conceal his condition from the public. His iron-willed daughter, Sophia (Emilia Fox), insists he has a carer, but none of the caregivers she has hired so far was ever up to the task of putting up with his cantankerous behaviour. Finding a suitable match became a challenge for almost everyone involved in Sir Michael’s life; hence Joseph (Karl Johnson), a factotum on the estate and his only friend, deliberately arranges for Dorottya (Coco König), a young and obdurate caregiver from Hungary with acting ambitions, to be the next in line to face the actor’s temper. But unlike anyone else before her, she quickly bonds with him over their mutual love of Shakespeare, and despite his initial scepticism, Sir Michael rediscovers the joy of living and regains the confidence he needs to accept his condition.

The Carer is first and foremost a film about old age and illness – the director lost his father and brother-in-law not too long ago, and he has built the relationship between Sir Michael and Dorottya by drawing inspiration from the slapstick lines that he and his father would tell each other to soothe their emotional pain during the year they spent in and out of hospitals. A crucial and personal aspect of the film is also Dorottya’s status as a migrant. Edelényi himself had to flee Hungary due to the censorship of the communist regime, so he infuses The Carer with small but poignant details that reveal the harsh reality of what it means to leave your own country full of fear, yet determined to make it, regardless of the obstacles in your path.

While originality is definitely not one of the film’s strengths, the perfect mix of comedy and tragedy, combined with superb performances from all the actors involved, makes the movie amusing to watch. Anna Chancellor’s heart-warming depiction of Milly, the housekeeper who shares a romantic history with Sir Michael, and Emilia Fox in the role of the resolute daughter are probably the two supporting roles that stand out most clearly, but a special note of merit should go to Karl Johnson’s subtle and exquisite performance as Sir Michael’s only friend and confidant.

Despite König’s convincing job and her perfect chemistry with Cox, the Scottish actor carries the film almost singlehandedly – his recitations of memorable Shakespearean lines and his constant grimace make him the pivotal dramatic point around which the whole film unfolds. Throughout the movie, there are moments at which it is hard to distinguish Cox from Sir Michael, and in the final scene, a farewell speech during an award ceremony in his honour, it seems like the two merge and – probably also because Cox himself co-wrote the scene – this is one of the most genuine and sincere performances of his career.

The Yellow Affair has taken international rights on The Carer, and Cinéfile will be distributing it in the UK.

more about: The Carer

Gary Oldman to star in Wright’s Darkest Hour, Brian Cox to take on the role for Teplitzky’s Churchill

The Carer: An outstanding Brian Cox in the role of his life

The Scottish actor is exceptionally funny as he takes on the bittersweet role of an ailing, retired Shakespearean actor

The Yellow Affair set to market Girls Lost at Cannes

The Swedish-Finnish international sales agency will bring seven new movies to the Film Market at Cannes, including award-winning Finnish director Aleksi Salmenperä’s The Mine 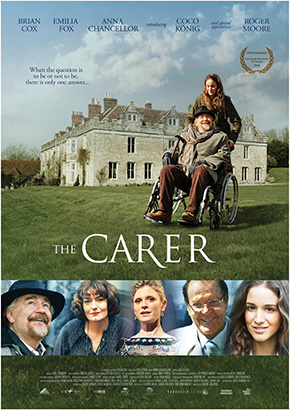 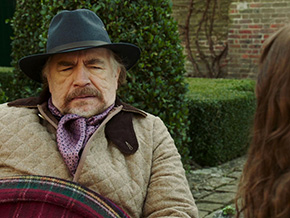 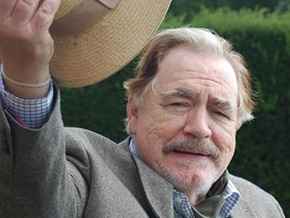