Zoology: When different is both alien and fascinating

05/07/2016 - KARLOVY VARY 2016: After winning East of the West with Corrections Class, Ivan I Tverdovsky returns to Karlovy Vary, this time to the competition

Russian filmmaker Ivan I Tverdovsky's Corrections Class [+see also:
film review
trailer
interview: Ivan I Tverdovsky
film profile] was a big hit at 2014's Karlovy Vary Film Festival, winning the East of the West competition. Describing the fate of disabled students in devastating detail, Tverdovsky really grabbed the attention of the arthouse circuit. Now he comes to the main competition of the festival with the film Zoology [+see also:
trailer
interview: Ivan I Tverdovsky
film profile], again about a person who is different – but this time around, it is a much more polished production, set in a livelier place, with a protagonist who turns out to be much more… colourful.

Natasha (the impressively versatile Natalia Pavlenkova,who also played in Corrections Class) is a 55-year-old woman who works at a zoo in a seaside town in the south of Russia, acquiring food for the animals. She lives with her religious mother (veteran actress Irina Chipizhenko) and is the butt of her co-workers' jokes. But one day, after experiencing a great deal of pain in her lower back, she discovers she has grown a tail.

She goes to a doctor, who sends her to get an X-ray done on the tail. As the appendage moves of its own accord, the image is blurry, so she has to go back twice. The young radiologist, Peter (theatre actor Dmitriy Groshev in his first film role), is eager to help. The two become close and eventually fall for each other.

Meanwhile, there are rumours circulating around town that the devil has possessed a local woman and that it is dangerous to even look at her. Her mother is very susceptible to such ideas, and we see a highly tragicomic mix of superstition and Christian Orthodox religion, quite typical for rural Russia.

The tail has empowered Natasha to re-invent herself. She starts dressing much more youthfully and dyes her hair black. If she looked 60 at the beginning of the film, now she does not look a day over 30. But what turns Peter on more than anything is the tail. Their attempt to have sex in a cage in the zoo is one of the most memorable scenes in recent European cinema – one that elicits nervous laughter and almost physical discomfort at the same time.

Natasha is special, and Peter recognises this but focuses only on her one special trait, again letting her down. While the majority of people are scared by what is different, unknown or alien (just as the society portrayed in Corrections Class sweeps disabled students under the rug instead of helping them), a more open-minded human being can perceive it as something fascinating. But if this person is not able to see past this – let's be honest – very one-dimensional object of fascination (especially since we could say that, as a radiologist, Peter has a professional interest in it as well), then his affection can be nothing more than superficial.

Zoology is, on the other hand, a fascinating film on multiple levels. The setting is certainly picturesque, but not just in terms of being a "pretty image" – the colours of the zoo and the sea are not your typical lively greens and deep blues; the palette is much more subtle than that. The microcosm of this rural part of society is shown effortlessly through several telling dialogues between supporting characters, and the church located in a grocery store takes the whole religious context to another level of absurdity. In addition, the tail is an animatronics masterpiece, not least because of Pavlenkova's interaction with it.

VENICE 2020: The new film from Russian writer-director Ivan I Tverdovskiy is original and unsettling, perhaps his most complex and controversial to date

Jumpman comes out on top at Arras

Ivan I Tverdovsky has taken home the Golden Atlas, while the Silver Atlas went to Daniel Sandu, Take It or Leave It scooped a Special Mention and the Audience Award went to The Eternal Road

Other winners at the 28th Festival of East European Cinema included Jumpman, Irina, The Load, Take It or Leave It, A Coach's Daughter and Never Leave Me

KARLOVY VARY 2018: Ivan I Tverdovsky's third feature is his most dynamic and technically polished, but also least humane and touching, film to date

On 17 December, extensive excerpts of 15 features currently in post-production will be presented to professionals seeking shrewd investment opportunities

The Warsaw-based sales agent is representing Carla Simón’s Generation entry, among other titles, at the European Film Market 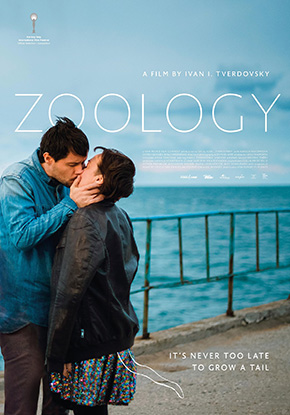 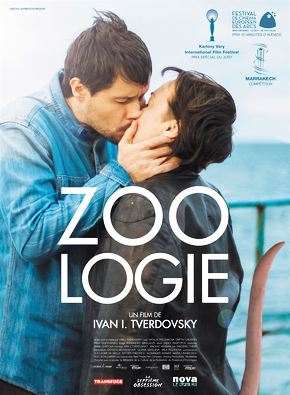 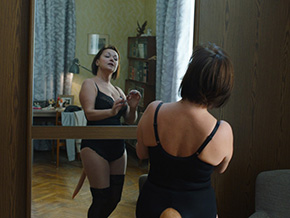 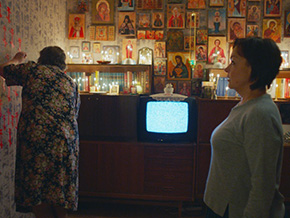