Cătălin Mitulescu's third feature film, By the Rails [+see also:
trailer
interview: Cătălin Mitulescu
film profile], has world-premiered in Karlovy Vary's competition. It is the story of a married couple who have been separated for one year, and during this period, a lot seems to have changed. They spend one night trying to figure out where each of them stands and how they will deal with the future.

After a long bus ride, Adrian arrives in his hometown and is welcomed by Monica and their small son, asleep in the taxi. But Monica does not seem like the woman he remembers: she is cold and distant. When they get home and put the boy to bed, Adrian asks her why she has not been answering his calls, and she replies that she did not want to. Soon, she tells him she has cheated on him.

The couple will spend the next night resolving their situation and deciding what they want. A lot of this will happen with the wedding of two of their friends as a backdrop, allowing the director to play with atmosphere, contrasting and combining it with Adrian and Monica's intimate moments. The alcohol and the surroundings of camaraderie and passion will also play a role (of course, there is a Gypsy band playing, and of course they claim they are not being paid enough, which adds some humour and plenty of opportunities for drunken altercations).

Rather than being a power game between a man and a woman, this complicated relationship keeps shifting from side to side, without either of them being completely sure of their own or the other's feelings and desires. Potaceanu and Condeescu are, similarly, not always equally convincing, and it is in fact hard to tell when this aspect is a demand of the role and when it depends on the actors' abilities.

One could argue that Monica is the grown-up Veli from the first half of Loverboy. There, Condeescu played a teenage girl desperate for love. Now, when she is grown up, maybe she has realised that there is no "ideal" relationship, and maybe she had a child a little too early… On the other hand, Adrian seems sure of himself at the beginning of the film, but as the story progresses, and as he becomes less certain of his wife's feelings, he increasingly doubts himself as well. There are no simple answers in these matters, however inclined we are to believe that "love is all you need". Mitulescu's new film represents another example of this, and while it will not provide any guidelines, it does set up a credible situation.

By the Rails is a co-production by Romania's Strada Film, and Sweden's Film Väst and The Chimney Pot. The world sales are handled by Cercamon.

more about: By the Rails

“In any story, age has a weight”

We chatted about love as a tango and unbalanced relationships with Romanian director Cătălin Mitulescu, whose newest feature, Heidi, is now competing at Sarajevo

Romanian box office grows by 14% in the first semester

The most popular domestic release was Cristian Mungiu's Graduation 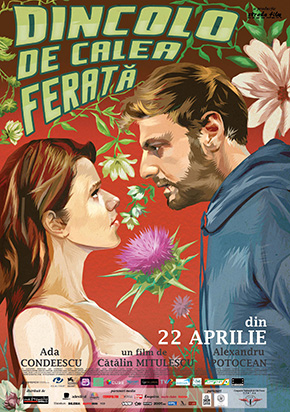 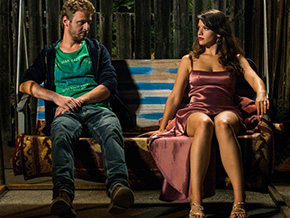 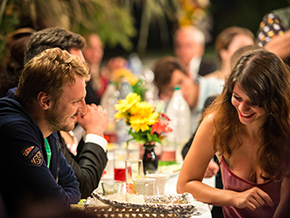 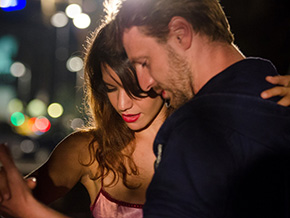 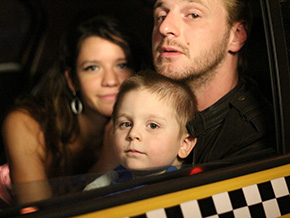