04/08/2016 - LOCARNO 2016: The Portuguese director puts poetry and images together in perfect harmony in her film, which was screened in the International Competition

Correspondences [+see also:
trailer
film profile], which is in the running for the Golden Leopard at the Locarno Film Festival, uses the rich correspondence between poets Sophie de Mello Breyner and Jorge de Sena to portray the long years of exile of the latter. Forced to abandon his country, emigrating first to Brazil and then to the United States, Jorge de Sena, one of the most influential Portuguese intellectuals of the 20th century, weaves a delicate and cutting web through his many letters, connecting Portugal with his land of exile. The dialogue between the two poets, which is built on nostalgia and nourished by the incessant exchange of verse, is transformed into pure lyricism. Not a sterile and demonstrative lyricism, but one that is crystal clear and sincere. Their correspondence becomes a space in which they proclaim their need for freedom, a stateless place where it is poetry that is king, far from the greed and small-mindedness of men.

As Rita Azevedo Gomes herself explains, the film was born out of an encounter, her encounter with the letters of Jorge de Sena, which were first published in 2005. They awoke painful memories shrouded in mystery within the writer, memories of a little girl who was unable to make sense of a phenomenon, fascism, which seemed to undermine all conversations between adults. To her, the regime was something mysterious and secret, a threatening and fleeting shadow that embodied her childhood.

At the same time, the letters between Jorge de Sena and Sophie de Mello Breyner Anderen are highly current. They’re like a voice from the past denouncing a reality that’s frighteningly close, the sense of apprehension and uprooting that is an integral part of our everyday lives. “Portugal (a synonym for ‘mother country’) is no longer my haven”, says the poet, a line that sounds so familiar to our ears it’s almost unreal, mundanely cruel. The bridge between the past and the present, and between what we could define as ‘home’ and the reality we live in, is represented by the friends of the director, who are filmed while they paint, stare intently at their computer screens, or play music. It’s as if the words of the two poets were the surprisingly fluid soundtrack of their everyday lives, as if time had never passed.

How can you give a voice to poetry? How can you establish a dialogue between words and images? Instead of weaving a web of cross-references that would have depleted the images to the point of destroying them, Rita Azevedo Gomes gives in to a very bold visual experiment. The images, a sort of collage made up of archive documents, living paintings and snippets of the everyday, make the words palpable without duplicating them. Correspondences plays with a multitude of textures, sensations, on a multisensory plane born from the mind of a director who trusts her instincts. As Rita Azevedo Gomes herself says, the driving force behind her work was the need for freedom and above all pleasure, two sensations that come across in the film and give cause to hope that none of us will ever give up hope no matter what. A leap into the past that helps us to better understand the present, a present that is certainly frightening, but one with which we must come to terms, as quickly as we possibly can.

Correspondences was produced and is being distributed by C.R.I.M. Productions.

BERLIN 2019: We caught up with Portugal’s Rita Azevedo Gomes to talk about her interesting casting choices in her fifth fiction feature, The Portuguese Woman

Portuguese director Rita Azevedo Gomes has taken on another literary challenge, and the result is a rich, varied and sophisticated feature

God’s Own Country to open Edinburgh

The films in contention for the Michael Powell Award for Best British Feature Film include England Is Mine, Daphne, Julius Caesar and more

The festival focuses on local productions, looking back on some of the most important titles of the year as well as presenting new ones

Pierre-François Sauter's Calabria is the big winner at DocLisboa

LOCARNO 2016: The Portuguese director puts poetry and images together in perfect harmony in her film, which was screened in the International Competition

The Ornithologist and Correspondências to compete at Locarno

The Swiss festival will once again receive a strong contingent of Portuguese features and shorts; the new films by João Pedro Rodrigues and Rita Azevedo Gomes stand out in competition 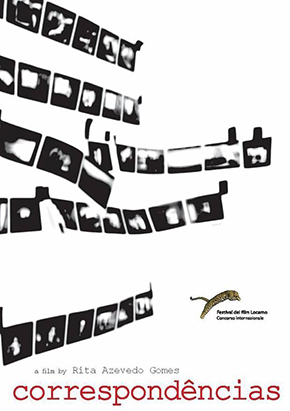 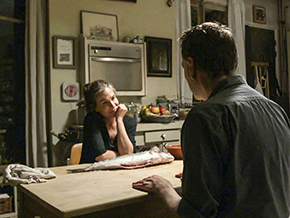 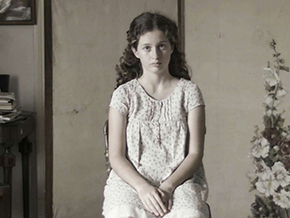 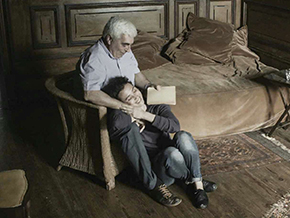 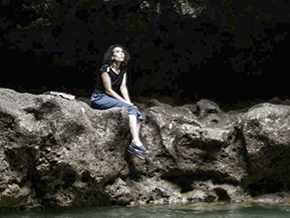 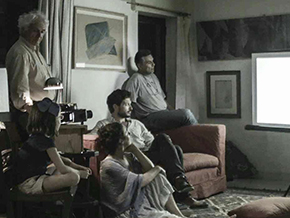 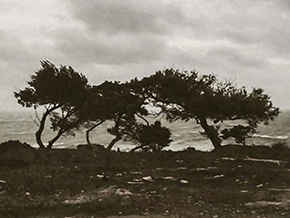